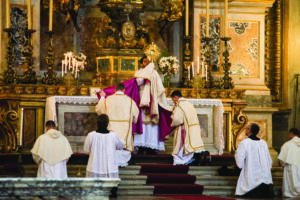 I came to faith in the fall of 1972 through the ministry of Cru (then Campus Crusade for Christ). This was the height of what was called the Jesus movement.

After two years as a student leader with Cru, I joined the staff and served four years in college ministry. Aside from a few dozen or so atheists, agnostics, and people from other religions, nearly every one of the people I evangelized one-on-one (around 1,000) believed in works salvation.

Evangelism Explosion was big at that time. It had started in 1962. I, and many Cru staff, loved the EE question, “If you were to die tonight and God asked, ‘Why should I let you into My heaven,’ what would you say?” Most people would point to their works, like the people in Matt 7:21-23. We would then explain that we cannot be saved by our works.

We would often circle back to that question after sharing Christ with the person. If the person indicated he now believed in Christ for his salvation, we’d ask, “Let’s say you live a godly life for 20 years and then you become a drug addict and die of an overdose before you can repent. Where would you go?” If he said, “I’d go to hell,” then we would again show him verses that say that once a person believes in Jesus for his eternal salvation, then he is secure forever.

Today the situation has changed a lot. Now many, if not most, Evangelicals believe in works salvation. The message of most Calvinists and Arminians is essentially the same message as Roman Catholics. They all believe that in order to obtain what they call final salvation, one must repent of his sins, surrender, commit, obey, and persevere in faith and good works.

Even in Free Grace circles, there are some who believe that although works salvation is a flawed message, it is nonetheless a saving message because it proclaims that Jesus is God and that He died on the cross for our sins and rose bodily from the dead. If we believe that, we are born again even if we believe we must turn from our sins, be baptized, and persevere until death in faith and obedience in order to escape condemnation. 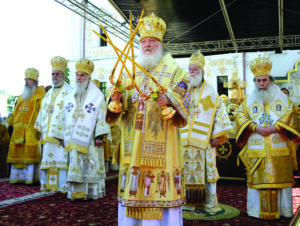 You Can’t Be Saved By a False Gospel

The Bible explicitly says that works salvation does not work. There are many verses which say that people cannot be born again by believing in a faith-plus-works message.

In Galatians Paul was writing against false teachers whom we call Judaizers. These men were saying that faith in Christ was insufficient for justification. Instead, in addition to believing in Jesus, the Judaizers said that one must follow the Law of Moses faithfully, including the requirements of circumcision for all males (cf. Gal 5:2-6). Paul indicated that the Judaizers were proclaiming a false gospel and he anathematized them (Gal 1:6-9).

Works salvation was explicitly rejected at the Jerusalem Council as well. Judaizers were claiming that one had to keep the Law of Moses to be saved (Acts 15:1). The Council said that is a false message, that one is born again by faith in Christ, apart from works (cf. Acts 15:7-11).

The same rejection of works salvation is found in the teaching of the Lord Jesus. The Lord was asked, “What shall we do, that we may work the works of God?” (John 6:28). Notice that they ask about works. Plural. They are thinking in terms of God’s commands. The Jewish people often for this very reason asked about the greatest commandments. The Lord’s answer is simple and profound: “This is the work [singular] of God, that you believe in Him whom He sent” (John 6:29). The Father sent the Son to proclaim the promise of everlasting life to the believer (cf. John 5:24). The only “work” anyone can do to be born again is to believe in Jesus, the One whom the Father sent. The Lord went on to make this crystal clear: “He who comes to Me shall never hunger, and he who believes in Me shall never thirst” (John 6:35). He added, “he who believes in Me has everlasting life” (John 6:47). The only action a person can take to be born again is to believe in the Lord Jesus Christ.

That same idea is found in the Lord’s remarks in John 5:39-40: “You search the Scriptures, for in them you think you have eternal life; and these are they which testify of Me. But you are not willing to come to Me [=believe in Me, see John 6:35] that you may have life.” Life is not found by trying to keep God’s commands, even if that work is combined with believing some sound doctrine. One is born again by faith alone, or he is not yet born again at all.

In no uncertain terms, Paul said in Rom 4:4-5 that a person can only be justified by faith in Christ, apart from works: “Now to him who works, the wages are not counted as grace but as debt. But to him who does not work but believes on Him who justifies the ungodly, his faith is accounted for righteousness…”

Works salvation does not work.

Anyone Can Believe and Be Saved

The promise of life is the promise that the moment a person believes in Jesus for everlasting life, he has that life and can never lose it. No matter what. That means that there are born again people who today believe in works salvation.

I am convinced that many Roman Catholics are born again. The reason is simple. If anyone ever believed in Jesus for the free gift of everlasting life, then his salvation is secure forever. Many Roman Catholics had a time in their lives when they believed the faith-alone message. It may have been when they attended a meeting like Young Life or Fellowship of Christian Athletes in high school. It could have been when they met with someone from the Navigators or Campus Crusade for Christ in college. It could have been a discussion with a friend at work. The fact that a Roman Catholic believes in works salvation today does not mean that he never believed in Christ for everlasting life.

The same is true with works salvation Eastern Orthodox and Protestants. Many of them are born again in spite of the fact that they do not believe the promise of life at this time. But they did at some point in the past.

For years I said that only 5% to 10% of professing Christians today may be born again. I even wrote that in some GES articles. One day I was challenged on that statement by my friend, Bob Swift. He was a brilliant guy who is now with the Lord. He came to my office and said something like this:

I could immediately see that what Bob said was right.

Since I had come to faith in 1972, I believed the once-saved-always-saved message. But I had not taken that into account when I estimated what percentage of professing Christians were saved.

Since that conversation with Bob Swift, I have stopped giving a figure on what percentage of professing Christians are born again. I realize I have no way of knowing that.

John 3:16 is clear. To be born again one must believe that what Jesus promises is true. That is, one must believe that whoever believes in Him will not perish but has everlasting life. That same message appears over one hundred times in the Bible. See my book Faith Alone in One Hundred Verses for a discussion of some of those verses.