I attended a conference where a main session speaker said that the statement by Paul, “then each one’s praise will come from God” (1 Cor 4:5), shows that every believer will have some good works and will receive at least some praise at the Judgment Seat of Christ (Bema).

I’ve heard that claim on many occasions, both by Free Grace and Lordship Salvation advocates.

Free Grace people sometimes use 1 Cor 4:5 to counter the charge that we believe some believers will perform absolutely zero good works in this life.2 They find in this verse proof that all believers will do something worthy of praise, even those who fail to persevere in faith or good works.

Though I believe both of these views have some aspects of the truth in them, neither is entirely correct.

The Context Is the Bema

Paul begins in vv 1-2 to speak of Christian stewardship and the requirement that we be found faithful. Then in v 3 Paul says he considers it “a very small thing that I should be judged by you or by a human court [Greek: hemera = day].” Paul is alluding to the day of Jesus Christ, that is, the Bema.

This is brought out in vv 4-5. Paul knows that the one who will judge him is the Lord, and this judgment will not occur “until the Lord comes.”

Believers Are in View

Both views mentioned above are correct in that born-again people are in view. Paul begins this discussion by telling people to “consider us as servants of Christ and stewards of the mysteries of God.” Clearly the apostle Paul and his coworkers were born again. This whole discussion concerns the future judgment of all servants of Christ. That includes all church-age believers. (Of course, all OT believers will be judged as well. However, this passage concerns church-age believers specifically.) 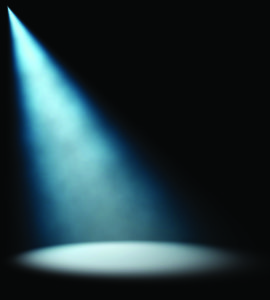 Both views tend to ignore or minimize the words in v 5 which precede “then each one’s praise will come from God.” I believe this is done because the clear meaning of the passed-over words is so sobering that we tend to either ignore them or explain them away.

Paul said that when the Lord comes He “will bring to light the hidden things of darkness and reveal the counsels [or motives] of the hearts.” This is the contextual key to understanding Paul’s point.

Do you believe that Jesus is going to bring to light “the hidden things of darkness”?

Most think that if we confess our sins, then our bad deeds and hidden motives will not be brought up at the Bema. While our sins will not be considered as sins, all our deeds, both good and bad, will be considered. Compare 2 Cor 5:10 where Paul says that we will all be recompensed at the Bema for the things done in the body, “whether good or bad” (cf. Matt 16:27).

Paul is saying that all our deeds and motives will be examined at this judgment. If so, would this not have a sobering impact on the way we approach our days? If we think that only our good deeds and motives will be evaluated, then we have little or no need to fear shame or rebuke. Yet other texts make it clear that both shame (1 John 2:28) and rebuke (Luke 19:20-26) are very real possibilities. The only way rebuke and shame can be received at the Bema is if bad deeds and hidden motives are evaluated.

An erroneous assumption is made when people read of “each one’s praise.” It is read as though it said, “each believer will be praised.”

The phrase “each one’s praise” could either refer to 1) each believer’s praise, or 2) each faithful believer’s praise. In context, the latter is surely meant. Paul does not envision unfaithful stewards as being praised by Jesus! He specifically says in v 2 that “it is required in stewards that one be found faithful.” Required for what? Faithfulness is required to please the Lord and thus to receive His praise.

Not Even All Persevering Believers Will Be Praised

I confess that until a few years ago I thought that all persevering believers would be praised by Jesus. After all, Paul says, “If we endure, we shall also reign with Him” (2 Tim 2:12). I assumed, logically, that all who endured and would thus be future rulers with Christ would be praised. But I came to realize that is a wrong assumption based on faulty logic.

A believer can persevere in faith and good works and yet much of his works might be negated by man-pleasing or other base motives (Matt 6:1-18; 1 Pet 5:1-4) and he might not have been wholehearted in his service for Christ. Such a believer will rule, since he endured in faith and works, but he will not receive praise. Jesus chooses to restrict His praise to thosepersevering believers who were wholehearted in their service.

Without going into an explanation of the entire parable, what we find is that two servants are given authority to rule with Christ in the coming kingdom, yet only one of the two is praised. The first is both praised (“Well done, good servant”) and given rulership over ten cities (Luke 19:17), while the second receives no praise and rulership over five cities (Luke 19:19).

All persevering saints will rule. But only saints persevering in wholehearted stewardship will be praised and receive maximum rulership.

Are you aiming for His praise? I hope you are.

I didn’t aim for His praise until years after I was born again and learned the wonderful truths about the Bema. You need not wait as long as I did to learn of this powerful motivation.

Jesus loves you and wants to approve of you and your work for Him. Live in light of His soon coming. Remember that He is your Judge; people are not. If we are men-pleasers, then we can expect to miss out on Jesus’ praise at the Bema (compare Gal 1:10-11).

This article has been slightly modified from a Sept-Oct 2005 article that I wrote for Grace in Focus.

2. Other than believers who die at the moment of faith, I agree that all believers will do at least some good works. The Parable of the Four Soils shows that something sprang up for soils two through four (Luke 8:13-15). This suggests some good works. Indeed, since even unbelievers still retain the image of God, I doubt there will be a single unbeliever who did not do some good works during his lifetime. But doing “some good works” is a far cry from being faithful in service to the Lord Jesus Christ.

3. See also my articles, “The Day of Christ in Philippians,” Grace in Focus (July/August 2012) and “‘The Day’ Is the Judgment Seat of Christ,” Journal of the Grace Evangelical Society (Autumn 2007).