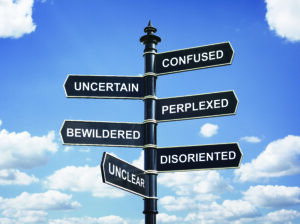 Hundreds of people send us questions about what it means to believe in Jesus. We answer these questions often in our blogs, podcasts, and videos.

In Fiddler on the Roof, Tevye sings about tradition. “And how do we keep our balance? That I can tell you in one word: Tradition!…Because of our traditions, we’ve kept our balance for many, many years.”

One of the traditions passed down with orthodox Judaism is works salvation. Those who persevere in faith and good works are the ones who will make it into Messiah’s kingdom.

The same tradition was adopted by most within Christianity. It is not simply Roman Catholics who believe that only those who persevere in faith and good works will make it into the Messiah’s kingdom. Orthodox people believe that too. So do most Protestants and Evangelicals.

The reason people struggle with understanding what it means to believe in Jesus is that they reject the idea that one is born again or justified simply by believing in Jesus.

Most people within Christianity think that to gain what they call final salvation, one must persevere in faith and good works until the end of his life. Therefore, whatever Jesus meant by “whoever believes in Him” in John 3:16, He could not have meant that the eternal destiny of the one who simply believes in Jesus is secure forever from that point onward.1 Ongoing faith and works are required. That is a pillar of their tradition.

If I ask you, “Do you believe that all who believe in Jesus will never perish and currently have everlasting life that cannot be lost?” you should not struggle over the meaning of my question. Does Jesus guarantee everlasting life and no condemnation to whoever simply comes to faith in Him? Or does He require a lifetime of faith and good works?

John 3:16 fails to mention good works. It does not say, “whoever behaves in Him.” It does not say anything about the need to persevere in faith either. The Lord simply says that when you find someone who believes in Him, you’ve found someone who has everlasting life and will never perish.

I’ve found that it helps some people if we point out that we are believing in Jesus for Him to give us something very specific. He promises everlasting life and no condemnation to those who believe in Him. Many find it helpful if we put it this way: whoever believes in Jesus for everlasting life has that life and is now secure forever.

You cannot be born again without believing in Jesus for your eternal destiny. In the NT that is typically called everlasting life. But it is also called salvation, justification, never hungering, never thirsting, never perishing, and never dying [spiritually]. The point is simple. We are born again when we believe that by faith in Jesus we have a secure relationship with Jesus that will never end.

Jesus said to her, “I am the resurrection and the life. He who believes in Me, though he may die, he shall live. And whoever lives and believes in Me shall never die. Do you believe this?”

She said to Him, “Yes, Lord, I believe that You are the Christ, the Son of God, who is to come into the world” (emphasis added).

Notice the words highlighted. Jesus makes two promises concerning the one who “believes in Me”: he will be raised from the dead (v 25) and he will never die spiritually (v 26a). Then He asks Martha if she believes this.

She says she does, and she explains why. She knows that Jesus is the Christ, the Son of God, and as such, He guarantees the eternal destiny of all who believe in Him.

What do most people within Christianity understand Jesus to mean when He says, “He who believes in Me”? They understand that He means commitment, surrender, turning from sins, obedience to His commands, and following Him. And they do not understand everlasting life to be something someone gets the moment he commits, surrenders, turns, and begins to obey and follow. Instead, they take believing in Jesus to refer to lifelong commitment, surrender, turning, obeying, and following. Consequently, they go through life wondering if they will end up in Jesus’ kingdom or in the lake of fire.

That is not what the Lord Jesus was talking about in John 3:16. Most people flatly reject what Jesus says. Keep in mind, they do not think that they are rejecting what He is saying. They think that they are correctly interpreting what He meant since the idea that everlasting life could be secure the moment one simply believes in Jesus for it is incomprehensible to them.

But it should not be.

We are ambassadors for Christ. We bring the faith-alone message. Remember to use the KISS method: Keep It Simple, Saint. And when you get a question about what it means to believe in Jesus, rejoice in the opportunity to make the issue crystal clear.

Bob Wilkin is Executive Director of Grace Evangelical Society. He lives in Highland Village, TX, with his wife of 45 years, Sharon.

1. Jesus taught that salvation is final the very moment we believe in Him for it (John 3:16-18). We do not wait a lifetime to see if we will get some future final salvation. We are certain from the moment of faith that we already have final salvation. The only way we can lose such assurance is if we stop believing the promise, which is possible (Gal 5:4). But while assurance can be lost,
everlasting life cannot be lost.