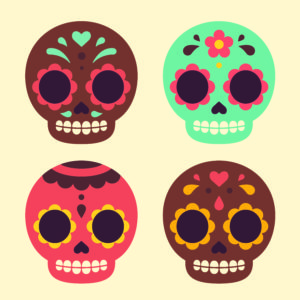 Women received their dead raised to life again. And others were tortured, not accepting deliverance, that they might obtain a better resurrection…others had trial of mockings and scourgings…and imprisonment…were slain with the sword. They wandered about in sheepskins and goatskins, being destitute…of whom the world was not worthy (Heb 11:35-39).

Legacy from a Worldly Perspective

In my work with GES, I often have contact with Spanish speaking people. Recently, I noticed that many in that community really enjoyed the movie Coco. It is an animated film that deals with a little boy who goes into the world of the dead during the Mexican holiday called, Day of the Dead. This is a holiday in which people in that country focus on those who have previously died, especially family members. They remember those who have passed away by offering them food and praying for them. All these things will help them in the land of the dead.

The dead who are remembered by many living people are pictured in the film as being rich and comfortable in the afterlife. For example, famous artists and movie stars who have died live in mansions with plenty of food. Those who are not remembered by many people have a poor existence. They live in the slums of “heaven” with little to eat. In fact, the film shows one man in the land of the dead who is only remembered by one living person. When that living person dies, he ceases to exist in the afterlife.

Clearly, one of the messages of the film is that popularity in this world has benefits in the world to come. The more “fans” you have in this world, the greater you will be even after you die.

Even if we do not belong to a culture that celebrates the “Day of the Dead,” we can certainly see how the philosophy behind it can influence our own thinking.

In our country fame is something many people desire. We want more followers on our Facebook page. The Kardashians are rich and envied by many because they are famous. Christians are not immune to this kind of thinking.

Not surprisingly, the Bible gives us a different idea of what constitutes greatness in the world to come. 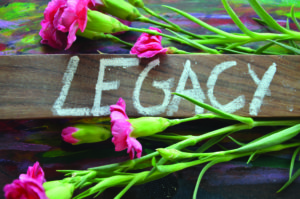 Hebrews 11 is a famous chapter in the Bible. It is sometimes known as the “Hall of Faith.” This title is a play on words familiar to all sports fans. The names of the people in Hebrews 11 are the great men and women of faith. In the Hall of Fame, people are remembered even after they die. Without a doubt, many of the people in Hebrews 11 are also well known. We read about people like Noah, Abraham, David, Sarah, and Jacob. The point is that these folks will be great in the kingdom of God. Their deeds will be remembered forever.

In Heb 11:35-39 we are introduced to anonymous women and also to others who were tortured, mocked, beaten, and imprisoned. They were certainly not rich and could not afford the clothes of the rich and famous. Instead, they had to wear sheepskins.

They had few fans in this world. In fact, the world often killed them. And, no doubt, the world quickly forgot them.

But the author of Hebrews says that God has a different view of them. He is a fan of these people. He says that they were so great that the world was not worthy of having them live in this world! In the world to come they will have a “better resurrection.” In that world they will be recognized and be great.

One’s legacy is important. Jesus Himself said so. What kind of legacy will we have in His kingdom? What will be remembered?

In Luke 6:26 the Lord says we should not be concerned about being remembered fondly by the world. He said our legacy in the world to come is in bad shape “if all men speak well” of us.

In Matt 10:32 He tells His disciples that if they will be faithful in confessing Him to others, God will remember and confess their names among the angels.

Surely if God remembers what we have done, this is more meaningful than being important in the eyes of men.

And God will never forget.

As the author of Hebrews states,

For God is not unjust to forget your work and labor of love which you have shown toward His name, in that you have ministered to the saints, and do minister.

How great would it be that God would remember forever that we were faithful to Him? That is a legacy to strive for. Such a legacy will result in great rewards that will last forever. It involves being great in the world to come. It will include reigning with Christ forever in His kingdom. That is even greater than being a Kardashian.

Even though I never saw the movie Coco, I understand that it was very entertaining. The animation is said to be outstanding. In fact, it won two Academy Awards and will gross over a billion dollars. We could say it will be remembered by many people.

But the philosophy and theology of the movie leaves a lot to be desired. One’s existence in the world to come has nothing to do with being remembered by a great number of people.

Popularity in this world does not translate into greatness in the next.

My guess is that most people reading this already know that the thinking expressed in a holiday like the Day of the Dead does not find Biblical support. However, it is easy for us, even subconsciously, to desire the approval of the world. If it wasn’t a problem, the Lord would not have warned us about it.

Simply put, the only legacy that is of any value, that has eternal value, is a life lived in obedience to the Lord.

Ken Yates is Editor of The Journal of the Grace Evangelical Society and GES’s East Coast and International speaker. He is the pastor of Little River Baptist Church in Jenkinsville, SC.