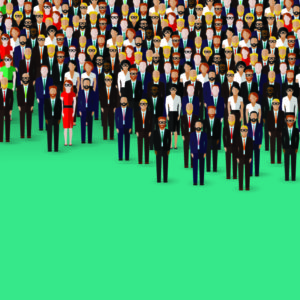 What Is Universalism? Universalism is the belief that every person who has ever lived or who will ever live will spend eternity with the Lord Jesus Christ in His kingdom. In this view the lake of fire will have only fallen angels and demons as its residents. No humans will live there. That, of course, means that not a single human will experience eternal torment.

What Is the Appeal of Universalism?

Hopefully none of us wants any humans to miss the kingdom of God. Of course, God Himself does not want that either. That is why He sent His Son to die on the cross and make everyone savable. God wants all to be saved (1 Tim 2:4).

So it certainly would be great if everyone came to faith in the Lord Jesus and was born again. Then everyone would spend eternity with the Lord.

But the Bible is clear that the way is narrow that leads to life and few find it (Matt 7:13-14). Even in His own ministry the Lord Jesus found that most of those to whom He preached rejected Him and His promise of everlasting life (John 1:11-13).

Those who teach universalism suggest that God simply overlooks the fact that most people do not believe in Jesus for everlasting life. He grants it to everyone. Thus there is no condition for salvation.

Biblical Evidence in Favor of Universalism

Most people who argue for universalism argue on the basis of logic and philosophy, not Scripture. They reason like this:

Major Premise: Everything God does is good.

Conclusion: God does not condemn any people to eternal torment.

Some verses of Scripture are cited to support their position. Most of these revolve around unlimited atonement. For example:

God was in Christ reconciling the world to Himself (2 Cor 5:19).

He Himself is the propitiation for our sins, and not for ours only but also for the whole world (1 John 2:2). 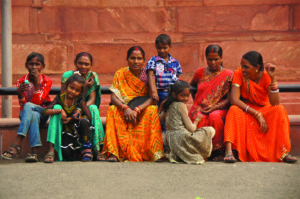 “He who believes in Him is not condemned; but he who does not believe is condemned already because he has not believed in the name of the only begotten Son of God” (John 3:18).

John the Baptist also said the unbelievers will be eternally condemned: “He who believes in the Son has everlasting life; and he who does not believe the Son shall not see life, but the wrath of God abides on Him” (John 3:36).

The Apostle John said, “And the smoke of their [unbelievers from the Tribulation] torment ascends forever and ever; and they have no rest day or night, who worship the beast and his image, and whoever receives the mark of his name” (Rev 14:11). He also said, “The devil, who deceived them, was cast into the lake of fire and brimstone where the beast and false prophet [two humans] are. And they will be tormented day and night forever and ever” (Rev 20:10).

In the famous Great White Throne Judgment passage John tells us that all unbelievers of all time will be judged by Christ after the Millennium. He says that the Book of Life was opened, “And anyone not found written in the Book of Life was cast into the lake of fire” (Rev 20:15).

In the Sermon on the Mount the Lord alluded to the Great White Throne Judgment. He said,

“Not everyone who says to Me, ‘Lord, Lord,’ shall enter the kingdom of heaven, but he who does the will of My Father in heaven [cf. John 6:28-29, 40]. Many will say to me in that day [the Great White Throne Judgment], ‘Lord, Lord, have we not prophesied in Your name, cast out demons in Your name, and done many wonders in Your name? And then I will declare to them, ‘I never knew you; depart from Me, you who practice lawlessness” (Matt 7:21-23).

What Difference Does It Make?

Evangelism becomes unnecessary if everyone will spend eternity with the Lord.

The message preached by universalists who evangelize is radically different. Rather than saying that Jesus’ death on the cross means that all are savable so that all who simply believe in Him have everlasting life, they say that Jesus’ death on the cross means that everyone is saved, whether they ever believe in Jesus or not. They can gladly tell atheists and agnostics and Muslims and Hindus and people of every belief that they will spend eternity with the Lord no matter what they believe or do not believe. Of course, since that is a false message, that sort of evangelism is worse than no evangelism at all.

Another sad result of people teaching universalism is that they win converts. People who once believed in justification by faith alone can, and sometimes are, led to believe in universalism. Then they in turn influence others, for they find this doctrine very important and liberating. So instead of keeping it to themselves, they seek to proselytize others. To the degree they have success, they cause others to suffer shipwreck regarding the faith.

A final tragic impact of universalism is that the literal meaning of the Bible is abandoned. If one is able to reject all the clear passages cited above that indicate that those who do not believe in Christ will be eternally condemned, then anything in the Bible can be rationalized away. We can simply reject whatever does not seem right to us. And we likely will do that too. Once someone adopts an unbiblical position like universalism, then the Bible loses much of its power to shape and direct our lives.