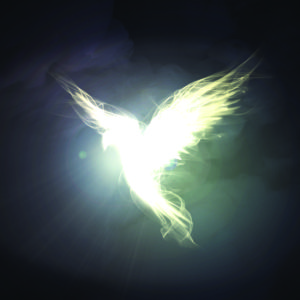 What I never understood is how a believer could ever sin after once being filled with the Spirit, if being filled meant being controlled. Why would the Holy Spirit let go of control? I wanted to be sinless. So did the college students I was discipling. So why would any sin ever occur once the Holy Spirit took control?

When I arrived at Dallas Theological Seminary, this was one of the issues I wanted to resolve. I learned in seminary that many theologians and exegetes argue from the book of Acts (and from Luke) that there were two types of fillings of the Holy Spirit in the NT.

Filling of the Spirit as Special Enablement for a Task

One type of filling of the Spirit is a special enablement for special tasks.

On the day of Pentecost, believers were filled with the Holy Spirit and glorified God in foreign tongues which they did not know, but which people in the crowd understood (Acts 2:4ff).

Peter and the other Apostles were later arrested and held overnight. The next day they were brought before the Jewish religious leaders. Luke writes, “Then Peter, filled with the Holy Spirit, said to them…” (Acts 4:8ff). Peter’s powerful message came about by special enablement.

Later in Acts 4, after threatening the Apostles and commanding them not to speak in Jesus’ name again, the Jewish leaders let them go. Then Luke reports that “when they had prayed, the place where they were assembled together was shaken; and they were all filled with the Holy Spirit, and they spoke the word of God with boldness” (Acts 4:31). The filling of the Spirit was the enablement they needed to speak God’s word boldly.

We could also consider Stephen in Acts 7:55, which reads, “But he, being full of the Holy Spirit, gazed into heaven and saw the glory of God, and Jesus standing at the right hand of God.” The amazing sermon that Stephen gave in Acts 7 was a result of special enablement by the Holy Spirit. As he died by stoning, his powerful words were also a result of that special enablement.

The Father of John the Baptist, Zacharias, prophesied when he “was filled with the Holy Spirit” (Luke 1:67). His ability to prophesy resulted from temporary enablement by the Spirit.

When the Mother of John the Baptist was filled with the Spirit, she spoke powerfully about Mary (Luke 1:41-45). Her ability to give these great words, which later became part of Scripture, was because the Spirit enabled her to do so.

Some have puzzled over the unborn John the Baptist being filled with the Spirit while still in his mother’s womb (Luke 1:15). This evidently occurred when Elizabeth was filled with the Spirit. While John the Baptist was not yet born again (or born, for that matter), he did experience temporary enablement to glorify God even from the womb, with Luke telling us that “when Elizabeth heard the greeting of Mary, that the babe leaped in her womb…”

These are all examples of temporary enablement for a specific task. This does not describe total control.

I should add that I believe the Spirit still does this today. There is no Biblical evidence that this was just a first century experience. I have had many times while speaking at churches or on the radio when I think God’s hand was upon me in a special way. I think that God gave me special enablement at such times. It seems to me that God does this for us even if we don’t ask for it. When He wishes to give us special aid, He can and does do so. 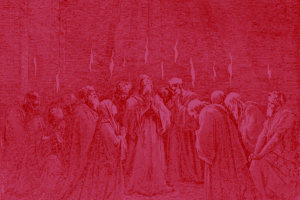 Filling of the Spirit as a Designation of Spiritual Maturity

The second type of filling of the Holy Spirit is essentially a reference to one who is spiritually mature.

For example, in Acts 6:3, when the Apostles picked the first deacons, they told the disciples to seek out “men of good reputation, full of the Holy Spirit and wisdom…” (Acts 6:3). Notice that “full of the Holy Spirit” is in parallel with “full of wisdom.” Most often when you see two things united by the word “and” in the NT, the two elements help us understand each other. The words “full of wisdom” are very helpful. They meant that one was wise. They did not mean that wisdom overpowered or controlled his life. Likewise, the expression “full of the Spirit” meant that one was Spiritual (or spiritual), that is, that the Spirit of God had renewed his mind and transformed his life (Rom 12:2; 2 Cor 3:18).

Two verses later, in Acts 6:5, Peter said that one of those chosen, Stephen, was “full of faith and the Holy Spirit.” That is, he was one who believed God (or was faithful, depending on how you understand pisteōs) and one who was Spiritual/spiritual.

In Acts 11:24, Luke reports that Barnabas “was a good man, full of the Holy Spirit and of faith” (pisteōs). As with Acts 6:5, Barnabas was spiritual and faithful (or full of faith in what God says).

These incidents did not look at control or even temporary enablement, but at maturity.

No New Testament Examples of the Spirit Controlling a Person

Nowhere in Acts or anywhere in the NT do we read that someone prayed and asked the Holy Spirit to take control of his life. Nowhere do we see that happening, either. We see the Spirit empowering people to do special tasks. But that is not what most people today think of as the filling of the Spirit.

The only other reference to the filling of the Spirit outside of Luke-Acts is found in Eph 5:18, which says, “And do not be drunk with wine, in which is dissipation, but be filled with the Spirit.” That is often understood to refer to being controlled by the Holy Spirit, not being controlled by wine. But wine does not control a person. Wine simply loosens one’s inhibitions. Besides, the point is that drunkenness is bad, and being filled with the Spirit is good.