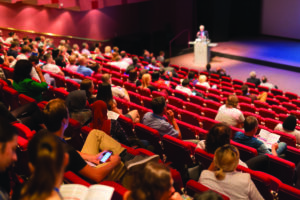 Fourteen years ago, I taught a discipleship group for seminarians. I sought to help them avoid some of the pitfalls of seminary education. In this article, I will share some of the tips I have for those I was mentoring. These tips apply to both seminary students and Bible college students.

Historically conservative seminaries and Bible colleges have been changing over the years. In this article, I will point out some seminary teachings I believe are detrimental.

Many schools that were formerly Free Grace or at least Free Grace friendly now say that to be born again, one must turn from his sins and submit his life to the Lord Jesus Christ, making a decision to follow and serve Him. That teaching is inconsistent with John 3:16 and over 100 verses in the Bible (see my book, Faith Alone in One Hundred Verses).

When I was in seminary, I was taught that our salvation was final the very moment we believed in Christ for everlasting life. Once saved, always saved. Today it is increasingly common, specially among Calvinist professors, to speak of initial salvation, which is by faith alone, and final salvation, which is by works. In this view, you won’t get final salvation unless you persevere in “the race set before us.” That teaching is part works salvation and part Lordship Salvation. It is very dangerous since it denies the promise to the believer of everlasting life that can never be lost.

The doctrine of inerrancy has been gradually changing over the past thirty years. Today many leading conservative schools teach that some of the details of Jesus’ teaching were never intended to be taken as the actual words of Jesus. Instead, the Gospel writers gave us the gist of His teachings, or the core of His teachings. The main points are accurately presented, but many of the fine details are not meant to be taken as things Jesus actually said. In this view, the Gospel writers altered what Jesus said to express their theology. The gist is right, even if some details are not. This view has gained a lot of support among students. It makes it easy to handle discrepancies between the Gospels. They can be swept away since they are not part of the core teaching. Of course, the danger is the Bible is no longer fully accurate. Now we need people with special theological training to tell us what was said and what was changed by the Gospel writers.

Back in the day, we did not have groups and classes on what is now called spiritual formation. We were taught back then that God’s Word would renew our minds and thereby we would be transformed (Rom 12:1-2). Today, however, theology students are often required to participate in spiritual formation, which is the application of contemplative spirituality. Many spiritual practices not taught or commanded in the Bible are being passed down to the next generation of Christian leaders. In my opinion, this is very dangerous. It is bringing in the practices of ancient Catholic mystics and of Eastern religions.

Is the creation account history? How about Noah’s flood? According to many leading conservative Bible scholars, the answer is, it is not history in the modern sense, but it is history in a specialized sense called poetic history. Some even call it myth. What this means is that details in the creation account are not necessarily meant to be taken literally. Instead, what is taught in Genesis 1-2 is the general truth that God created. But those chapters are not trying to tell us whether creation occurred over six days or six million years, whether Adam was created from dust, whether Eve was created from Adam’s rib, whether there was a talking serpent, or whether there was forbidden fruit. Some conservative scholars would still affirm those details were meant to be taken literally, as happening in history just as described. But others would say they were not meant to be literal, but contain figurative elements. What most current conservative seminary scholars agree upon, however, is that we should not conclude that every detail in the creation account is literal history—the same with the Flood. While Genesis 6-9 presents a worldwide flood, many conservative scholars believe that it was a local flood. This change in understanding inerrancy in conservative schools today is of great concern to me.

Even at historically Dispensational schools, Dispensationalism is often not being taught. Instead, they teach a modified form of Dispensationalism called progressive dispensationalism. In this view, there is a sense in which Jesus is currently ruling as the Davidic King on earth. The idea of already, not yet is prominent. The kingdom is already here, yet the kingdom is not yet here. Of course, those two ideas are contradictory. Both can’t be true, at least not in the same sense. This shift in the teaching of Dispensationalism at many conservative schools is something incoming students must consider. In many cases they will need to study classic Dispensationalism on their own since they won’t be studying it in class.

It used to be that conservative schools for the most part taught verse-by-verse Bible preaching. Today the shift is toward finding a core truth in a passage and preaching that core truth with little attention to the words of the passage. In the place of walking through the passage, the preacher finds clever ways to communicate the core idea. This includes illustrations, jokes, skits, songs, and short video clips. A great sermon today is one that captures the attention of the audience, keeps them interested, and conveys the core truth. Unfortunately, even people in Bible churches today can be uninformed about the actual meaning of key Bible verses. This all starts in seminaries and Bible colleges where homiletics is being taught.

The Role of Women

Forty years ago, at my alma mater, women were not allowed in the Master of Theology program. I do not think that it is inherently wrong for women to earn Th.M. or even Ph.D. degrees in theology. I have no issue with women teaching in Bible colleges and seminaries since those are not churches. I see no prohibition of women working in parachurch groups, writing books, or teaching men and women in Bible studies or conferences. The NT merely prohibits women teaching in the meeting of the local church (or serving as elders in the local church). However, more and more conservative theological schools are graduating women who are becoming senior pastors and elders. Male leadership in local churches is beginning to wane. Part of the reason is what is being taught in conservative theological schools.

Though we often don’t think of education as something we purchase, it is indeed one of the greatest purchases a young person can make. The average college graduate in 2018 in the U.S. has a student debt of $38,000. The average debt for those obtaining a degree from graduate school (like seminary) is an additional $57,600. That means that someone getting a college degree and then a master’s degree from a seminary likely has a total debt of $100,000. That is more than a young person will spend on any other purchase in his lifetime, other than buying a home. Yet often students enter theological studies as though they were not purchasing something. Bible college and seminary students should take great care to learn precisely what it is their prospective school is teaching. Better yet, they should have five or ten prospective schools and compare them all.

One mistake I see is that students assume that because a school was great fifty years ago, it must still be great today.

I remember one of my historical theology professors say that all theological schools eventually fall away from the fundamentals of the faith. His hope was that DTS would avoid such departure for a long time. That is a good desire and prayer request for each school. I pray that for my alma mater. Prospective students ought to put in a lot of study as to what their leading schools are teaching, especially on the types of issues I mention in this article.

It is hard for someone to go to a liberal school to receive his or her doctorate and yet not become less conservative in the process. Many conservative schools want professors who have degrees from the leading schools in the world. But those leading schools are not conservative. Everything I’ve said in this article applies to doctoral work as well. Seminary graduates going on for doctoral work should take great care in selecting the school they will attend. I naively thought that I could go to any school for doctoral work and I would have remained conservative. I wanted to go to one of the leading schools in Europe for my Ph.D. Fortunately my wife, Sharon, told me that we lived in Dallas and right here at home was a great school with a great doctoral program. I ended up going to a conservative school for my Ph.D. I thank God, and my wife, that I did.

I’ve met people who think that going for higher Christian education is just too risky. I understand the concern. However, I think it is worth the risk in most cases. Some of the schools out there are still truly conservative. And even in schools that are not conservative, it is possible for a student to reject teaching that is inaccurate, especially if the student is involved in distance education, an increasingly popular option today.