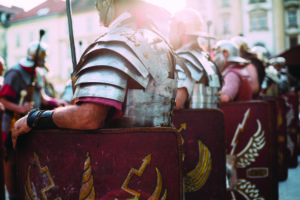 A chapter from Is Calvinism Biblical? Let the Scriptures Decide (available Dec 1, 2017).

Calvinists think of unregenerate people as cadavers. That is, they see them as totally unable to respond to God in a saving way—or in any way.

Cornelius is exhibit A (though there are many examples like him in Scripture). He sought God before he was born again because God was first seeking him. If our theology does not allow for the unregenerate to respond to God, then we ought to change our theology.

I suppose some might object that Cornelius must already have been born again. I remember the president of a seminary suggesting that to me. He reasoned this way:

Conclusion: Cornelius was born again when he sought God.

However, after I showed him what I’m about to show you, he changed his mind. He decided that Cornelius was unregenerate before Peter preached to him. I don’t know how he resolved that with his Calvinism, but he saw the point.

In Acts 11:13-14 Peter related something that Cornelius told him. This statement was not given by Luke in Chapter 10. Peter reported that Cornelius “told us how he had seen an angel standing in his house, who said to him, ‘Send men to Joppa, and call for Simon whose surname is Peter, who will tell you words by which you and your household will be saved’” (emphasis added). While the word saved refers to regeneration only about 30% of the time in the NT, this is one of those times. One way we know that is by what we learn in Acts 10:44.

Peter preached Christ to Cornelius and his household. In Acts 10:43, Luke tells us what Peter said: “To Him all the prophets witness that, through His name, whoever believes in Him will receive remission of sins.” It is unlikely that this was the intended ending of his sermon. Peter may have planned to add more information, including mentioning that along with forgiveness comes regeneration/salvation.

But Cornelius had been told in advance that Peter would give him words by which he and his household would be saved (Acts 11:14). Thus when they heard that all who believe in Jesus receive the remission of sins, they knew that Peter was speaking of something which accompanies salvation. At that moment they were convinced that all who believe in Jesus are saved forever. When they believed, they received the Holy Spirit. The reception of the Spirit occurred when they were born again.

Cornelius was unregenerate when he sought the Lord with alms and prayers. And, as we shall now see, the Lord actually took note of his prayers and his giving. His example shows that the unregenerate can respond to God. Thus the T in TULIP is contradicted by the Biblical account concerning Cornelius.

But God does hear the prayers of unbelievers. Cornelius, a Gentile who worshipped in a Jewish synagogue, got prayers through to God: “So he [an angel] said to him [Cornelius], ‘Your prayers and your alms have come up for a memorial before God’” (Acts 10:4).

The word translated memorial (mnēmosunon, used only here and Matt 26:13 and Mark 14:9) refers to something remembered, especially “an offering that presents a worshipper to God” (BDAG). In other words, his prayers and alms pleased God. They got His attention in a good way.

Acts 10:35 bears out this understanding: “But in every nation whoever fears Him and works righteousness is accepted by Him.” Cornelius feared God. Luke had already told us in Acts 10:2 that he was “…a devout man and one who feared God with all his household.” But now Peter added that Cornelius worked righteousness.

That saying has confused many. How can the unregenerate work righteousness? The confusion derives from Calvinism’s understanding of total depravity.

Unbelievers still have the image of God. Thus some of His attributes (called His communicable attributes) are evident in all humans, believers and unbelievers alike. These attributes include love, justice, kindness, and mercy. Even though we all fall short of God’s glory (Rom 3:23), we are nonetheless still in His image (cf. Gen 1:26-27; 1 Cor 11:7; Jas 3:9). The Spirit of God can work in the lives of the unregenerate. Thus they can “work righteousness,” though those righteous deeds, like alms and prayers, have no merit with God. God is not obligated to give everlasting life to those who work righteousness, since all fall short of God’s glory (Rom 3:23). But He is obligated to “accept” them. What Peter meant is that the person who works righteousness will receive more light, more revelation, from God. Peter was the messenger of that revelation in this case.

Cornelius Understood and Obeyed God’s Communication to Him from an Angel (Acts 10:1-8)

God told him to send to Joppa for Simon Peter. Cornelius immediately understood and obeyed.

And if they do, then we say that the person in question was born again that day.

The reason it is not futile to allow unbelievers to attend your Bible study or church is because unbelievers can understand and respond to God’s Word. Cornelius certainly did. 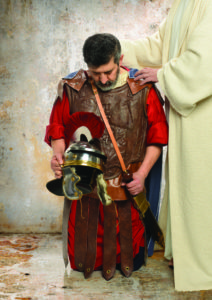 The Actions of Cornelius Resulted in His Hearing the Message of Life (Acts 10:30-43)

Did God sovereignly and miraculously send Peter to Cornelius? Absolutely. He first sent an angel to Cornelius himself, then gave Peter three visions to convince him to go to Cornelius. God did exactly what was necessary to bring the promise of everlasting life to Cornelius and his household.

God’s sovereignty does not mean that the unregenerate cannot respond to God. Cornelius responded to the light God gave him, and as a result, God sent him Peter and the message of everlasting life.

The order we find here is faith first, then regeneration. That is the same order found in the rest of the Bible. Of course, this violates one aspect of the T in TULIP, the idea that regeneration precedes faith.

Cornelius believed (see Peter’s summary in Acts 15:7-9), and then the Holy Spirit fell upon him. If the Calvinist position were true, Luke would have to say the opposite.

Of course, Acts 11:14 confirms this understanding: “Peter…will tell you words by which you and your household will be saved” (emphasis added). Notice the words that Peter spoke led to their salvation. They were only saved when they believed those words, not before.

The Unregenerate Can Respond to God

In Acts, Cornelius is not the only example of someone seeking God. Lydia in Acts 16 was also a Godfearer and she, too, sought God. She was at the place of prayer by the riverside when Paul came and spoke.

Likewise, the more noble-minded Jews of Berea “searched the Scriptures daily to see if these things [the things spoken by Paul about Jesus] were true” (Acts 17:11).

Lastly, Paul told the Athenian philosophers, “And He has made from one blood every nation of men…so that they should seek the Lord, in the hope that they might grope for Him and find Him, though He is not far from each one of us” (Acts 17:26-27).

Acts 10:4 contradicts Calvinism and the Calvinist position on total depravity.

Bob Wilkin is Executive Director of Grace Evangelical Society. He lives in Highland Village, TX, with his wife of 40 years, Sharon. His latest book is Is Calvinism Biblical? Let the Scriptures Decide.