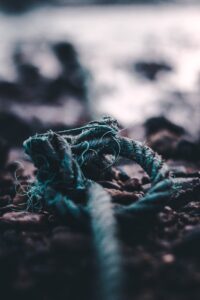 Johns Hopkins University, Ottawa University, and Southern Methodist University all have as their motto the Latin translation of “The truth shall set you free”: Veritas Liberabit Vos.

A 1975 Syracuse, NY, newspaper article about a treatment program for alcoholics quipped, “The truth will set you free, but first it will make you miserable.” That quote has been much displayed and often repeated.

This is one of Jesus’ most well-known sayings.

Yet it is not well understood. In fact, it is much misunderstood.

What did the Lord Jesus mean when He said, “The truth shall set you free”?

JESUS WAS TALKING TO BELIEVERS ABOUT DISCIPLESHIP

In verse 30, John tells us, “As He spoke these words, many believed in Him.”

The words, “many believed in Him” are the same as what we find in John 3:16. Since whoever believes in Him has everlasting life, we know that the people Jesus was addressing in verse 31 were believers.

Yet many commentators say that neither verse 30 nor verse 31 refers to “true” believers.1 Why? They have three reasons:

1. What Jesus went on to say about abiding,
2. What He said about being His disciples and being set free, and
3. The ensuing acrimonious dialogue in the rest of the chapter.

But that involves a misunderstanding of all three concepts (found in points 1 and 2) and of verses 33-59 (point 3).

THE 3 KEY CONCEPTS IN JOHN 8:31-32 CONCERN SANCTIFICATION, NOT JUSTIFICATION

We know from 1 John 1:7-9 that abiding in His words means not only that we are walking in the light of His words (1 John 1:7), but also that we confess our sins when we become aware of them (1 John 1:9). We do not deny our sin. We admit it, and that is part of the transformation process which occurs as we abide in Christ.

Unbelievers are enslaved to sin, and if they do not believe in Jesus before they die, then they go to the grave still enslaved. See John 8:21, 24. Compare Rom 6:18.

When a person comes to faith in Christ, he is no longer a slave of sin in his position. He has a new master. But in order to experience that freedom in his experience, the believer must abide in Christ and in His teachings. Compare Rom 6:19.

JESUS’ WORDS IN JOHN 8:33-59 WERE DIRECTED AT THE LARGER CROWD, NOT THE SMALL GROUP OF BELIEVERS WITHIN IT

Verses 45-46 indicate that there were other Jews in the crowd who didn’t believe in Jesus. He was not addressing the remarks of verses 31-32 to them.

Richard Lenski, a Lutheran scholar who died in 1936, in his commentary on John, wrote,

Jesus has a word for [the new believers] in particular. No sooner does he utter it than the hostile crowd of Jews raises further objection. They act just as they did from the start: they pick at some point to which to object (compare v. 22 and 25; also v. 13 and 19). John does not need to say in v. 33 who these objectors are, for we have heard them from the very start, and their objection is of the same type as before. Jesus answers them in v. 34, etc. But they go on. The clash becomes more and more intense until these Jews take up stones, and Jesus leaves them (p. 628).

Clarke agrees that Jesus was speaking in verses 31-32 to people who indeed believed in Him. Clarke says that verse 32 refers to having “a constant experimental knowledge of its [the Word’s] power and efficacy” (The Holy Bible with a Commentary and Critical Notes, Volume 5, p. 579). Concerning verse 33, Clarke says, “They answered, that is, the other Jews who had not believed—the carping, caviling Pharisees already mentioned; for the words cannot be spoken of the simple people who had already believed. See ver. 30.”

Verses 30 and 31 are clear that born-again people are in view. The Lord’s point is that believers are not automatically set free from sin’s bondage in our experience. We must abide in Jesus’ teachings in order to experience that freedom.

WHY IS ABIDING IN CHRIST’S WORDS SO VITAL TO DISCIPLESHIP?

There are many theories about how we are to live the Christian life.

Some point to contemplative practices like prayer labyrinths, meditating on your Christian mantra, and silent retreats.

Some point to speaking in tongues and being part of a charismatic assembly.

Some think that dedication is the key. You need to daily dedicate yourself to please God.

Others go the other way and say that letting go is the key. Let go and let God, they say.

Still others suggest that we can pray and ask the Holy Spirit to take control, and then we will gain special power and will no longer be in control of our own lives.

But the Bible teaches that following Christ is accomplished by abiding in His teachings. Paul said as much in Rom 12:2. We are transformed by the renewing of our minds. Discipleship is a battle for our minds. Paul said the spiritual believer is one who has “the mind of Christ” (1 Cor 2:16).

Remember 2 Cor 3:18. Paul said that with unveiled faces we behold in the mirror that is God’s Word the beauty of Christ and thereby we are transformed into His image by the work of the Holy Spirit.

Let’s say that you were in line to become the assistant White House Press Secretary. What would need to be true of you in order for you to get that job?

It is the same with being a disciple of Jesus. You must abide in His words.

Discipleship is not identical to salvation. That can be clearly seen in John 8:30-32. It is also clear in Romans 6-8 and in 1 John and in the book of Galatians.

Believers who abide in God’s Word are not in bondage to sin. They are set free from it.

What it means is that the abiding believer is not enslaved to sin. He is seeking to please God in all that he does (compare John 8:29).

The first mate on a ship relieved the captain of his command. Now the first mate was in charge. The old captain had no power to make anyone obey him anymore. Yet the old captain was allowed to roam the ship and to command the sailors to obey him. They were free. But they had to abide in the promise of the first mate in order to experience that freedom.

THIS PASSAGE IS SAYING…

Abiding in Jesus’ Words results in being set free from bondage to sin in one’s experience. The believer is already free from slavery to sin in his position (Rom 6:17-18).

Christians who don’t abide in Jesus’ words are enslaved to sin in their experience. (Unbelievers, of course, are slaves of sin in both their position and experience, as the Lord said earlier in John 8:21, 24.)

Fullness of life is found in abiding in Christ and pleasing God. Walking in the flesh is not fulfilling, and ultimately it is not enjoyable. The passing pleasure of sin is far outweighed by the pain it brings.

We can and will be certain of our eternal destiny as long as we believe Jesus’ promise of everlasting life.

What a powerful truth the Lord expressed in John 8:32. The truth shall set you free.

Man was created to be free. True freedom allows us to glorify God and thereby enjoy fullness of life. When we are born again, we are set free from sin’s bondage in our position. But in order to experience that freedom, we must abide in Christ and His teachings.

If we are open and honest before Christ and walk in the light of His Word, then we will be fulfilled, happy, and contented, though not necessarily healthy and wealthy. If we abide in Christ, then we will be ready for His soon return as John said in 1 John 2:28, “And now, little children, abide in Him, that when He appears, we may have confidence and not be ashamed before Him at His coming.”

Bob Wilkin is Executive Director of Grace Evangelical Society. He lives in Highland Village, TX, with his wife of 46 years, Sharon. He is an avid race walker and marathon walker.