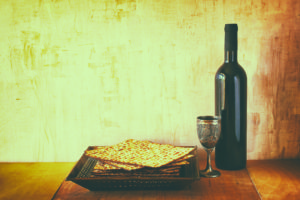 All Christians are familiar with the Lord’s Supper, also known as communion. When we participate in it, we remember our Lord’s death. He died in order to pay the price for all our sins. As a result, when a person believes in Him for eternal life, He is able to give life everlasting to that person. The person who believes in Jesus at the same time also receives many other benefits. For example, the new believer has been set free from slavery to sin and no longer has to serve it. In addition he or she becomes a member of the Church, the body of Christ.

In the OT, there is a meal that foreshadows the Lord’s Supper. It is the Passover. The Passover was instituted when the blood of a lamb saved the Jewish people from the destroying angel who killed the firstborn in Egypt. Through the Passover, the Jews were released from slavery in Egypt. They were set free to worship God and they became the nation of Israel. They were to celebrate the Passover meal every year. When they did so, they would remember what God had done for them.

With the parallels between the two meals, it is not surprising that Jesus used the Passover meal when He instituted the Lord’s Supper. Jesus’ death would “save” us just like the blood of the Passover lamb saved the Jews. Paul makes this connection clear when he tells the believers at Corinth that, “For indeed Christ, our Passover, was sacrificed for us” (1 Cor 5:7).

In Joshua 5 we see a time when the Jewish people celebrated the Passover meal. At this occurrence, they certainly remembered what God had done for them. However, in the context, it also pointed to something else. God desired to reward them. This suggests that when we take communion we should reflect on these things as well.

The Background of Joshua 5

The Jews celebrate the Passover meal in Joshua 5, but it is significant that it had been many years since they had done so. After God had delivered them from slavery in Egypt and made them His people, the nation fell into disobedience. As God was about to bring them into the land He had promised, the people rebelled against Him and refused to go into the land out of fear of their enemies. As a result, God disciplined His people. For forty years they wandered in the wilderness until that unfaithful generation died.

In other words, the Jewish people had a history of disobedience. But by the time we get to Joshua 5, the new generation of Jews is on the scene. They have obeyed God by crossing the Jordan River into the Promised Land. They are ready to fight their enemies. God had promised them that if they would have faith in Him He would defeat their enemies and they would be blessed by inheriting the cities of their enemies.

It is a promising start for this new generation. Not only did they obey the Lord by crossing into the Promised Land, they also obeyed God by going through the rite of circumcision (Josh 5:1-9). Then, they celebrated the Passover meal (Josh 5:10-11). This is significant because the people had not eaten this meal in 40 years. They were now doing what God had commanded them to do. It needs to be noted, however, that not only were they being obedient to God, but celebrating the Passover was also a great encouragement for them.

The Meaning of the Passover Meal in Joshua 5

When the Jews ate the Passover meal in Joshua 5, they were preparing for battle. They were about to attack the city of Jericho. It was a daunting task. Jericho was surrounded by thick walls. This was the kind of city that their ancestors said they would never be able to conquer. The Jews did not have the weapons to knock down the walls. They had never attacked a walled city. Their army was inexperienced. How could they hope to be victorious?

When they ate the Passover meal they were reminded of their history in Egypt. In fact, some of the people alive at the time of Joshua 5 had also been alive during the time the people were saved out of Egypt. They remembered how God had defeated their enemy, the Egyptians, in the Red Sea. As they ate this meal and remembered these events, they were encouraged that God could defeat their enemies in the Promised Land as well. Jericho was no match for the power of God. God would be able to give them this land as an inheritance.

But it is not enough to say that God was able to bless them that way. He would be actively involved in bringing it about. He lets Joshua know that. 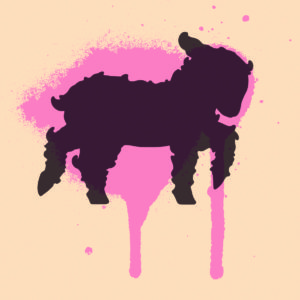 Of all the Jews that were preparing to attack Jericho, the one who felt the heaviest weight of responsibility was Joshua. He was now the leader to the nation and the commander of the army. This burden was acutely felt by him as he looked at Jericho and wondered how the battle would go.

While thinking on these things, a Person appeared to him (Josh 5:13-15). This Person identified Himself as the captain of the Lord’s army. He had a sword in His hand and had drawn it out, signifying that He was ready to use it.

The fact that He was the leader of the Lord’s army means that He was the commander of an army of angels. One is reminded on the night Jesus was arrested in the Garden of Gethsemane He told His disciples that He had more than twelve legions of angels at His disposal (Matt 26:53).

It is evident that this Person was the pre-incarnate Christ. Joshua bows down to worship Him and He does not stop Joshua from doing so. He accepted Joshua’s worship because He was God. In addition, this Person tells Joshua to remove his shoes because the ground he was standing on was holy. This is a clear parallel to the time God spoke to Moses at the burning bush. This Person was God, who was now speaking to the new leader of Israel.

Here was God Himself appearing to Joshua with a drawn sword. Just as He had defeated the mighty Egyptians He would defeat the enemies of the Jews in the Promised Land. When they took the Passover meal they were reminded of these things. Now God was showing that the battle would, in its final analysis, not be between the Jews and the enemies in the land. It would be won by the power of God.

Not only had God promised the Jews the inheritance of the cities of their enemies, He now shows that if they obeyed Him He would bring it about. God had defeated their enemies when they were slaves and were not a people separated to Him as a nation. Certainly He would do what He promised now that His people were following Him in obedience.

If the Passover meal brought these truths to the mind of the Jews in Joshua 5, and the Passover points to the Lord’s Supper, it seems that when we take communion we can be similarly encouraged.

Parallels with the Lord’s Supper

The Lord promised the Jews a reward if they would go into battle trusting Him. In the Passover meal the Jews were reminded how God had been faithful in the past and they could believe in Him to do it now. He did it when they were slaves, He would certainly do it for His people. He would bring these promised rewards about through His power.

There is a parallel here when we as Christians take communion. We certainly remember the past and what Christ did for us at Calvary. When we believed in Jesus for eternal life, we received that gift. In addition, God set us free from the slavery to sin in the sense that we no longer have to obey it (Romans 6). We became part of the Church, the people of God.

But as believers, we are also in a battle. We are in a struggle with the flesh, the world, and Satan (Eph 6:12). The NT is full of passages that teach us that if the believer is successful in this battle, he or she will be rewarded both in this life and in the world to come. Through His power, we can be victorious in the spiritual battles we are involved in. If God delivered us when we were His enemies, He will certainly do so now that we are His people (Rom 5:9-10).

It is certainly correct to remember what Christ has done for us when we take the Lord’s Supper. But when we do so, we should also remember what God has promised us concerning the future. He desires that we are obedient to Him. He will give us the strength to do so. He wants to reward His children with spiritual victory and eternal rewards. In Joshua 5 the Bible gives us a foreshadowing of these realities. As the Jews ate the Passover Meal, they were not only being obedient, but they were reminded that God had delivered them in the past. Through His power, He would do it again.