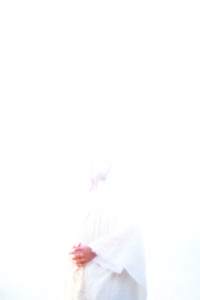 One of the exciting things about studying the Bible is that no matter how long we have been studying it, we can always learn something new. We have all studied a passage we have examined many times before and see something in it for the first time. I had such an experience this week.

Jesus Is the King

In Mark 9:2ff, we have the account of the Transfiguration of the Lord. I have heard people speak on it many times, read it many times, and read many articles about it.

The account occurs in the section of Mark known as the discipleship section. This section runs from chapters 8-10. In this section, the Lord tells the disciples three times that He is going to Jerusalem to die.

I had always understood the account of the Transfiguration in light of that context. Jesus is telling the disciples that He is not going to Jerusalem to rule. He is going to be rejected by the religious leaders and the nation, and be killed. Right before the Transfiguration, Jesus tells them this for the first time (8:31).

The point of the Transfiguration is to show the disciples that even though He will go through these things, Jesus is the King. He is the promised Christ of the OT prophets, as Peter had just confessed Him to be (8:29).

All of that is certainly true. But there is something else in this account that I had never noticed before. I know it is a simple thing, and many readers have, no doubt, seen it before. But I am a simple man, sometimes slow, and it hit me for the first time.

In the verse immediately before the Transfiguration Jesus spoke of His coming to establish His kingdom with “glory” (8:38). That certainly fits with my understanding of the Transfiguration. On that mountain, the disciples got a glimpse of the glory with which Christ will come. The One who is to be placed on the cross is a King of infinite glory.

In Luke’s account of the Transfiguration, he is even more explicit in making the connection between what Jesus had just said to the disciples and the Transfiguration. Jesus says that He will come with glory (Luke 9:26), and they saw His glory (same word) on the mountain (Luke 9:32).

When Jesus was transfigured the disciples saw Him shine, and Mark describes the light they saw as something that could not be produced on earth (9:3). The light and glory of the coming Kingdom will be greater than anything on earth. It was here that I saw something that I had somehow overlooked.

In the previous verses Jesus had spoken of rewards. He told the disciples that they needed to take up their cross and follow Him. Whatever price they paid in doing so would be better than anything the world had to offer (8:35-36). Jesus is clearly speaking of rewards in Mark 8:34-38.

What I saw is that the Transfiguration is also a powerful motivation to live for the rewards the Lord will give when He comes in glory. He will share that very glory with those who take up their cross and follow Him. Just as there is nothing on earth that is worth losing the rewards He will give for faithfulness (Mark 8:34-38), so there is nothing on earth that can accurately express the coming glory (Mark 9:3). The Lord had just told them they would pay a big price in order to follow Him. With a very dramatic picture, He showed them that the price would be worth it. 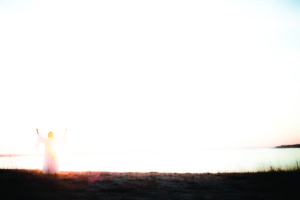 When we look at the Transfiguration, we certainly see the coming glory of Jesus Christ and His Kingdom. But we can also be encouraged by the fact that because of that glory, faithful service to the King is worth more than anything this earth can offer.