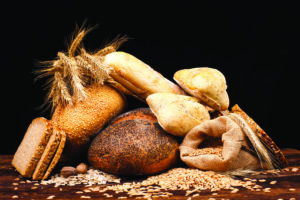 It should be noted that there are some Calvinists who freely say that regeneration might precede faith by quite a long period of time. One Calvinist writer tells of a man whom he believes came to faith 65 years after he was born again! The man supposedly was a born-again unbeliever for over six decades.

The Bread of Life Illustration

John 6:35 is a showstopper for the first point of Calvinism.

After Jesus fed over 5,000 men (plus women and children), many came to Him and asked Him to give them an ongoing supply of bread: “Lord, give us this bread always” (John 6:34). Sadly, they were thinking in purely physical terms. The feeding of the 5,000 was not a lesson about social security, but eternal security.

They had previously referred to the fact that “our fathers ate the manna in the desert; as it is written, ‘He gave them bread from heaven to eat’” (John 6:31). They wanted that miracle repeated daily.

Jesus’ first words after their request were, “I am the bread of life.” Clearly the Lord is continuing the illustration of bread, and even bread that comes from heaven, since He Himself had come down from heaven.

But when Jesus refers to life, in the expression “I am the bread of life,” He is not referring to physical life, but to spiritual life, to everlasting life. This is clear by what He said next.

The One Who Comes to Jesus Will Never Hunger

He then said, “He who comes to Me shall never hunger.” Remember, they were asking about a continuous supply of bread from heaven. The Lord promises something better. He had promised the woman at the well that one drink would forever quench her thirst (John 4:14). Now He says that one act of partaking of the bread of life, that is, coming to Him, means that a person would never hunger again. As with the living water, the bread of life once received results in everlasting life that can never be lost. The words shall never hunger are figurative. They mean that the one who believes in Jesus is secure forever. The life that the Bread of Life gives is that kind of life, i.e., everlasting life.

Calvinists agree that coming to Jesus in John 6:35 refers to believing in Him and that shall never hunger refers to eternal security.

The One Who Believes in Him Will Never Thirst

The Lord now picks up a metaphor He used earlier with the woman at the well (John 4:10-14), except this time the Lord strips away the first part of the metaphor.

Once again, regeneration does not precede faith. You are given everlasting life the moment you believe in Jesus, and not before. 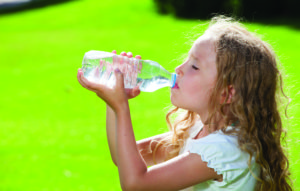 Eternal Security Is for All Who Believe

People like to go to the Apostle Paul to prove eternal security. Although Paul certainly does teach that doctrine (e.g., Rom 4:4-5; 8:31-39; Eph 2:8-9), the Lord taught it first. John 6:35 is arguably the simplest and most powerful eternal security verse in the Bible. It is elegant in its simplicity and power. The one who believes in Him shall never hunger and shall never thirst. Never. Once we partake of the bread of life, we will never need to partake again to be eternally secure. Once we drink of the living water, we will never need to drink again in order to have a secure eternal destiny.

Of course, this too is a contradiction of Calvinism. According to Calvinism, God only preserves (guarantees the eternal destiny of) those who persevere in faith and good works. That is the fifth point of Calvinism, preservation for the saints who persevere. But the Lord of glory promises something much different, to preserve all who simply believe in Him, with no perseverance required.

I don’t know who came up with the idea that regeneration precedes faith, but I know that Calvinists embrace that idea and proclaim it boldly.

Why Calvinism hasn’t fixed this obvious error I don’t know. I suppose it is because Calvinism is a philosophical construct that hangs together. If Calvinists were to give in on this point, I suppose the whole system would collapse. So they hang on to a position that stands in direct opposition to the clear teaching of Scripture.

Don’t get me wrong. Their view that regeneration precedes faith is logical in the sense that God could have set it up that way (if faith were not a condition of regeneration). But that is not what the Bible teaches.

If what the Bible teaches contradicts my position, then I should submit to the Scriptures. After all, it is also logical for faith to precede regeneration. The only way that idea it would be illogical is if the Calvinist understanding of total depravity were correct. But it is not.

After I graduated from seminary I called myself a Calvinist for nearly two decades. For me the key point of Calvinism was the preservation of the saints. I thought my belief in eternal security made me a Calvinist. But I came to see that I do not believe in any of the five points as taught by Calvinism. Sure, I could manipulate the meaning of all five points and say I believed them, but that would not really make me a Calvinist.

For the last fifteen years or so I simply say I am a Biblicist. I believe the Bible. I am not a Calvinist or an Arminian. The Bible is enough for me.

Faith in Christ is the condition of everlasting life. That means that one must believe in Jesus in order to be born again. And it means that faith precedes regeneration. And that means that the T in TULIP is not correct, at least not as it is explained by Calvinism.

So when you evangelize, call people to believe in Jesus for everlasting life. Tell them that whoever comes to Jesus will never hunger and whoever believes in Him will never thirst. The Lord Jesus guarantees the eternal destiny of all who believe in Him. Because of the cross of Christ, our sins and our works are not the issue. The only issue is whether we believe in Him for what He promises or not. If we do, then we have everlasting life that can never be lost.

Bob Wilkin is Executive Director of Grace Evangelical Society. He lives in Highland Village, TX with his wife of 40 years, Sharon. This is an excerpt from his new book, Crushing Calvinism: Twelve Key Verses, available soon.