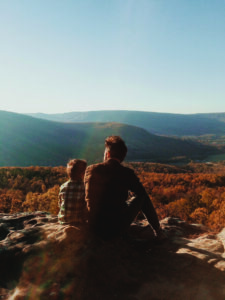 The other two times the word occurs has caused some confusion among interpreters. In Rom 8:14, Paul writes, “For as many as are led by the Spirit of God, these are sons of God.” In this verse, when the apostle refers to the sons of God, many assume he is talking about all believers. After all, it is maintained, all believers are sons of God.

But this is obviously not correct. Our experience bears this out. There are many believers who are not led by the Spirit. We know many such believers, and we can look at our own lives and see times when we were not led by the Holy Spirit.

Another interesting verse in this discussion is found just two verses later. In Rom 8:16, Paul says that believers are the children of God. He uses a different word. The word for “son” is huios, while the word for “child” is teknon. All believers are children of God but, in Romans, only those believers who live by the power of the Spirit are sons of God (however, in Gal 4:1-7 Paul uses “sons” in a positional sense). 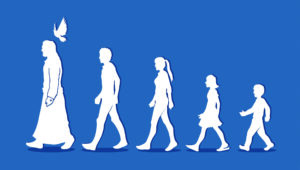 Many believe that Paul just used two different words to refer to the same thing. In this line of thinking, being a child of God and being a son of God are the same thing. But that misses Paul’s point. He means exactly what he says. If you have believed in Jesus for eternal life, you are a child of God. After believing, if you then walk by the Spirit, you will also be a son of God. When you walk by the Spirit, you live a life that reflects who you are. As a “son,” you reflect the character of your heavenly Father.

Very simply, a child is an immature offspring of the Father. A son is one who grows up and is mature. Suppose a man named Bill is the father of a newborn child. That baby, by its actions, does not reflect who his father is. But as that baby grows, he can adopt many of the mannerisms and thoughts of Bill. If he does, it can become clear to others that Bill is his father. Others will look at that mature child and say, “You can tell that is Bill’s son.”

This is what Paul means. When a person is a believer, the Spirit of God dwells in him. If he walks by the Spirit, the Spirit will produce the qualities of the Father in that believer. He can then be called the “son” of God.

The last time the word “son” occurs in Romans bears this out as well. In Rom 8:19, Paul says that all of creation “eagerly waits for the revealing of the sons of God.” This, of course, is talking about when Christ returns and establishes His kingdom. On that day, all believers will have glorified bodies and sin will be no more. On that day, all believers will live in perfect righteousness and reflect the holy character of their Father.

If you have believed in Jesus Christ for eternal life, you have that life and it can never be lost. You have been born from above from your Father (John 3:7) and are His child. But you can grow in the life He has given you. You can, by the power of the Spirit, become a mature son of God. To the degree that you do so, the life that you live here and now can reflect how you will live forever when the Son returns.