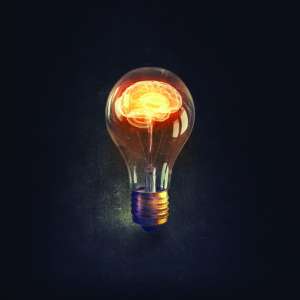 Did Zane Hodges believe that saving faith is intellectual assent? Dr. Dave Anderson argues in the book A Defense of Free Grace Theology1 that Wayne Grudem’s view that saving faith is not mental assent is essentially that of nearly all Free Grace advocates.2 (Anderson does reject some aspects of Grudem’s view of saving faith. But on the key issue of mental assent, he is in firm agreement. And in general, he finds much agreement, saying, “It saddens me that Grudem wants to pick a fight over these things when we agree,” p. 85.)

The straw-man “mental assent” criticism of Free Grace theologians is an old one but a very inaccurate one…Before the book [Grudem’s Free Grace Theology: 5 Ways It Diminishes the Gospel] was printed, [Joseph] Dillow strongly denied holding to the mental assent view through email correspondence with Grudem (pp. 80-81).

After citing a portion of Dillow’s email denial, Anderson added,

So why can’t we put this false charge of “mental assent” to rest? Hodges didn’t believe it; Dillow doesn’t believe it; I don’t believe it. The only Free Grace theologian that has written much on the subject and does believe in the “mental assent” view, as far as I know, is Bob Wilkin. To project one man’s views on others that are in print disagreeing with his view is highly unprofessional, and frankly, dishonest (p. 81).

In this brief article I want to challenge the idea that Zane Hodges did not believe that faith is mental assent. I will cite the proofs that Anderson gave and show that a careful look at the evidence shows that Hodges indeed believed that faith is intellectual or mental assent.

Zane Hodges was my advisor on both my master’s thesis and doctoral dissertation at Dallas Theological Seminary. He was on the original board of GES from 1987 to 1995. He was my mentor from the time I received my doctorate in 1985 until he died in November of 2008. I spoke with him all the time. We had thousands of conversations about the Scriptures. Many of those conversations were about faith and saving faith.

Hodges told me on many occasions that faith is assent. He did not like the designation intellectual assent, since he felt it showed an emotional detachment. He felt that most often when people come to faith in Christ, there is joy in knowing that they are guaranteed to spend eternity with the Lord and His people. But he agreed with Gordon Clark (Faith and Saving Faith, 1983) that all faith is being convinced that a proposition is true. Like Clark, he rejected Louis Berkhof’s view that saving faith has three components: notitia (understanding), assensus (assent), and fiducia (trust), saying that the third element is faith, not a part of faith.

To describe faith that way [as mental assent] is to demean it as a trivial, academic exercise, when in fact it is no such thing. What faith really is…is the inward conviction that what God says to us in the gospel is true (p. 72, citing Hodges, Absolutely Free, first edition, p. 31).

Anderson was not quoting from the second edition. So I’ve gone back to the first edition to check his citations. Going to the source shows that Anderson has unintentionally misrepresented Hodges. I find six errors he made in his one full citation and many more in the four snippets.

Third, Anderson fails to point out that Hodges specifically rejects Berkhof’s position: “It is an unproductive waste of time to employ the popular categories—intellect, emotion, or will—as a way of analyzing the mechanics of faith. Such discussions lie far outside the boundaries of biblical thought. People know whether they believe something or not, and that is the real issue where God is concerned” (p. 31).

Fourth, the example Hodges gives of faith contradicts Anderson’s position. “Do you believe the President will do what he has promised?” (p. 27).

Fifth, Hodges cites his agreement with Gordon Clark and his book Faith and Saving Faith (p. 28, endnote 3, found on page 207). Yet Anderson, just before he cited Hodges, had favorably discussed Berkhof’s view. He clearly gives the reader the impression that Hodges agrees with Berkhof.

Sixth, Anderson inadvertently distorted what Hodges was saying in the only full citation (and that only two sentences) which he gave. Anderson cited Hodges as writing:

To describe faith that way [as mental assent] is to demean it as a trivial, academic exercise, when in fact it is no such thing. What faith really is…is the inward conviction that what God says to us in the gospel is true (p. 72, citing Hodges on p. 31).

But here is what Hodges actually wrote:

Does [faith] involve the intellect? Of course! But is it mere intellectual assent? Of course not! To describe faith that way is to demean it as a trivial, academic exercise, when in fact it is no such thing. What faith really is, in biblical language, is receiving the testimony of God. It is the inward conviction that what God says to us in the gospel is true (Absolutely Free, p. 31, italics his).

I also found errors in all four of the snippet citations.

“Firm conviction” indeed occurs on p. 28. However, the entire context shows that Hodges did not mean that faith is more than assent. Hodges was discussing if someone believes the President will do what he said he would do. He then discussed whether you could believe that and yet “go out and break a law.” He said that whether a person broke the law had no bearing on whether he believed. “What has my breaking a law got to do with my firm conviction that I can trust the President in anything he says?”

“Childlike trust” is not found on pp. 38 through 39 as Anderson said. It is found on pp. 38 and 60. In both contexts, Hodges is speaking of saving faith as simple faith. It is “simple faith in Christ” (p. 38) and “saving faith is a simple and uncomplicated issue” (p. 60). No emotional or volitional component. No commitment. Just being persuaded.

The final snippet, “act of trust,” is found on p. 32. There Hodges was discussing how a single look of faith to the uplifted serpent (John 3:14-15) or a single drink of the living water (John 4:10-14) resulted in everlasting life. Nothing about any emotional or volitional component.

That same expression, act of trust, was used by Hodges on pp. 29, 62, and 149 (endnote 1). In all those uses Hodges is simply referring to being persuaded.

It should be noted that Hodges wrote Absolutely Free! in 1989. At that time he still frequently used trust as a synonym for faith. As time went on, he did that less and less, because as he once told me in his office in the mid to late 90s, he was convinced that while trust did have some overlap in meaning with belief, people could become confused by it.

None of these snippets show that Hodges believed that faith is more than assent, agreement, being convinced, being persuaded, or acceptance of a truth of a proposition.