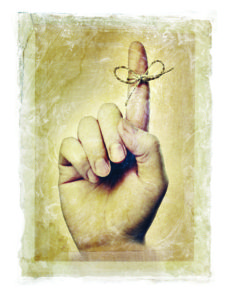 It has long been thought that when the thief on the cross said to Jesus, “Lord, remember me when You come into Your kingdom” (Luke 23:42) that he was asking for everlasting life. But does that really make sense?

The expression “remember me when” is only found once in the NT, that is, the words of the thief on the cross. (1 Cor 11:2 is similar, but it is not a request: “Now I praise you, brethren, that you remember me in all things and keep the traditions just as I delivered them to you.”)

However, that same expression is found several times in the OT with the same idea of a request for a future remembrance of someone for something which he has done. Here are the occurrences:

What Joseph requested of the chief butler and Nehemiah requested of God give us a better idea of what the thief on the cross was asking.

“Remember me” expresses a request for reward based on work done. Joseph interpreted correctly the dream of the chief butler. For that good work he did for him, the chief butler should have immediately remembered him, that is, rewarded him by talking with the Pharaoh about Joseph.

Nehemiah left his exalted position in Babylon and risked his life to go to Jerusalem to rebuild the walls. He was asking God to remember the good work which he had done for the people of Israel and to reward him with blessings in this life. While Nehemiah does not specifically say “Remember me when,” it is clear that, at the least, he is thinking of the coming times when the enemies of Israel will seek to hurt or even kill him. He wants God to reward him then. But it is also likely that he, too, has the coming kingdom in mind. While Nehemiah is not mentioned in Hebrews 11 as one who was looking forward to eternal reward, he surely could have been.

Indeed, even his request was a confession of Christ, for in the request he said, “Lord, remember me when You come into Your kingdom.” He was confessing that Jesus is the Messiah, the Son of God, the King of Israel who would soon return to set up His kingdom. Indeed, he was even confessing that Jesus would rise from the dead, for a dead man could not return to set up a kingdom. In light of the promise in Matt 10:32-33, reward is appropriate in this case.

Clearly the thief already believed in Jesus and already knew he would be with Him in the kingdom. But like Joseph and Nehemiah, he wished for God to reward him in light of the work which he had done.

Let’s apply this. It is appropriate for you and me to pray and say something like these three men did. “Lord, remember me when You return to judge the Church according to all that I have done in your name.” Or we could be more specific. Say you’ve undergone major suffering for your testimony for Christ: “Lord, remember me when You return to Your kingdom in light of the suffering I have experienced for confessing you.”

It is not carnal to ask, “Remember me.” It is actually a spiritual request. Only as we live by faith can we pray such a prayer. When we ask Him to remember us, we are praying in light of His soon return, which is always a good thing.

Bob Wilkin is Executive Director of Grace Evangelical Society. He lives in Highland Village, TX with his wife of 41 years, Sharon. His latest book is Tough Texts: Did Jesus Teach Salvation by Works? (co-authored with Zane Hodges).