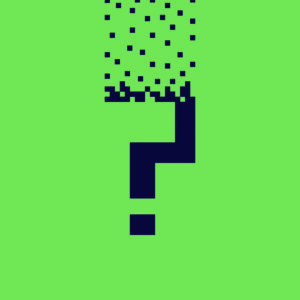 Judged According to Works?

In Rom 2:6-10, Paul tells us that God will “render to each one according to his deeds” and we will be sent to “eternal life” or “indignation and wrath, tribulation and anguish” based upon those deeds. How, then, can you teach that salvation is by faith apart from works?

Romans 2:6-10 is in the midst of Paul’s discussion that nobody is justified by their works. The section goes from 1:18–3:20. You are right to note that, in Romans 2, Paul is saying that if anybody does good they will inherit life. This is true for both Jews and Gentiles. The problem is that nobody does good (Paul’s conclusion of the whole section is 3:9-20—“there is none good”). Therefore, justification before God is only through faith (3:21-28).

The bottom line is that Romans 2 is saying that, hypothetically, if somebody could keep the Law he would be justified before God, but nobody does it. That is why our only hope is to be justified by faith, apart from works.

Paul says that if Jesus was not resurrected then we would be believing in vain (1 Corinthians 15). Does that mean, if Nicodemus and Martha were believers, they had to know that Jesus was going to die and be resurrected?

But does that mean Nicodemus and Martha know (or had to know) that fact in order to be born again? No. They did not know that Jesus was going to have to die and be resurrected. In fact, they had no idea of that whatsoever. They understood Him to be the Christ—the promised Messiah—who would bring in the Kingdom of God. And Martha knew that all who believed in Jesus would be raised from the dead and never die (John 11:25-27).

How can repent mean turn from sin in Acts 2:38 when the result is forgiveness of sins—the same result when Cornelius believed in 10:43?

The forgiveness of sins allows fellowship with God. It happens at the moment of faith, but is a benefit of salvation. All Free Grace people agree that turning from one’s sin is not necessary to have eternal life.

In the case of Acts 2:38, the vast majority of FG folks are Dispensationalists and see this verse as directed towards the Jewish people of the first century. In order for them to have fellowship with God after coming to faith (2:37), they needed to turn from the sin of crucifying Jesus by publicly confessing Him in the act of baptism.

The repentance and baptism of 2:38 are what God required of first century Jews if they wanted to avoid the discipline that was coming upon the nation in AD 70.