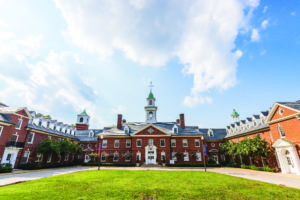 In 1 John 3:15, John writes, “Whoever hates his brother is a murderer, and you know that no murderer has eternal life abiding in him.” Those of us in the Free Grace movement maintain that this verse deals with fellowship with the Lord. A believer can indeed hate his brother. If he does, he is out of fellowship.

However, there is a different, much more popular, way of understanding this verse. That theology says that if a person claims to be a believer but hates his brother, he is a liar. That person cannot be a believer. A born again Christian may hate another believer for a short period of time but will repent of that sin if he is really saved.

I am an alumnus of an Evangelical seminary that promotes such a theology—Southern Baptist Theological Seminary.

Southern Seminary recently experienced a moment when its theology confronted reality. In the past, this institution had a long history of supporting slavery.

In an open letter, the current president of the seminary, Dr. Albert Mohler, acknowledged that racist history. He confessed the past sins of the school. He said that this school “expressly defended and even praised [slavery] as divinely ordained.” The president went on to say that all the founders of the school owned slaves and taught the inferiority of the black race. They passed this legacy down, and for many decades the school advocated for white rule and white supremacy and called for the segregation of their institution and society at large.

Black Christians could not come to their school. Churches were segregated. Blacks were inferior. These teachings were promoted by the men who founded Southern Seminary.

The president said that these men also taught that “repentance” is an “evangelical grace” and “is essential to the gospel.” However, the founders never repented of their hatred towards black believers. In fact, they passed their legacy of hate on to the next generation.

Mohler then admitted that this leads to a hard question. The answer to that question is “not easy.” How could the school’s founders, those who had passionately defended Biblical truth and the gospel of Jesus Christ, also own slaves because of their racist ideology? After all, these men have buildings on campus named after them. For over 150 years they have been called great men of God by the institution. Their portraits hang in places of honor at the school. Their writings have been studied by generations of Evangelical leaders in order to gain a greater understanding of the Scriptures.

While Mohler’s honesty is to be commended, there is even a more basic question. These men hated an entire race of people. At least some of these people were believers in Jesus Christ. They destroyed the unity of churches. They wreaked havoc in families. They denied black preachers a chance to study theology in their seminary. They even taught the righteousness of such actions and supported their hateful views with the Bible. In addition, they never took advantage of the “evangelical grace of repentance.” 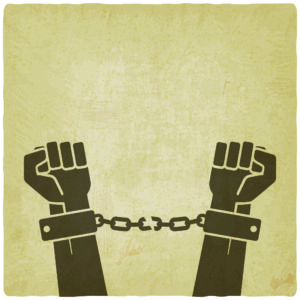 This was not a hate that lasted for a little while. It lasted their whole lives and even was passed down to the men they discipled.

So, let’s ask the more basic question. According to Southern’s own theology, were these men born again Christians? How about all those who followed in their footsteps, who lived the same way, for over 100 years? This would include the parents and grandparents of many present day teachers at the seminary.

Obviously, I don’t know. If they had ever believed in the free gift of eternal life by faith apart from works, then they were born again. This is true regardless of their views on slavery and hatred towards others, including other believers.

My Free Grace Theology teaches that believers may unfortunately hate other believers. They can do it for a lifetime and even pass that hatred on to others. There will be many believers in the kingdom who lived like that. I would not be surprised at all to see these men in the kingdom. Eternal life is a free gift that can never be lost, regardless of how a believer lives. That is my theology, and I gladly own it.

But what about the popular theology that says 1 John 3:15 does not allow that? This theology says that hateful people, like the founders of Southern Seminary, are not believers at all. That leads to a number of questions. Should unbelievers be our theological heroes? Should Christian institutions honor them? Should we use the theological writings of unbelievers to instruct Christian pastors today? I would think that the answer to these questions would all be “no.” That answer would be consistent with such a theology. If that is their theology, they need to own it as well.

Ken Yates is Editor of the Journal of the Grace Evangelical Society and GES’s East Coast and International speaker. He has written a new book, Hebrews: Partners with Christ (available June 2019).