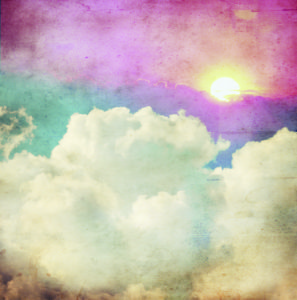 What do you think about politics in the United States today? Are you encouraged by the work of the Supreme Court, the House, the Senate, and the President? Do you find that our leaders are doing a good job of promoting godliness in our country?

What about the politics in Europe, Asia, Africa, and the Middle East? Do you find righteousness being exalted by the world’s political rulers?

Being a citizen of the United States used to be a very exalted thing. Today citizenship in the U.S. doesn’t mean as much as it once did. Some Americans have actually renounced their citizenship and become citizens of Switzerland, England, France, New Zealand, Australia, Belize, and so on.

Brethren, be fellow imitators [of Christ] with me and look out for those who are so walking, as you have us for a pattern (Phil 3:17).

The Church was less than forty years old when Paul wrote this. However, the age of the Apostles was already close to ending. Most of the Apostles would be dead within ten years of the writing of the letter.

Paul is concerned that the believers in Philippi have good examples to follow. Ultimately, of course, they were to imitate Christ, as Paul himself did (see 1 Cor 11:1, “Imitate me as I also imitate Christ,” using the same verb, but without the “with” prefix, i.e., mimetai).

For Christianity the pattern of ethical teaching is embodied not in a written code of precepts and maxims covering every possible contingency of life, but in a life—preeminently the life of the Lord Jesus, and secondarily in the lives of his earliest and closest followers (Martin, Philippians, p. 159).

This drives the reader back into the preceding context, where Paul laid out his own mindset. He renounced works salvation, self-righteousness, and he forgot the past and pressed on for the prize of ruling with Christ. He lives in light of Christ’s cross (Phil 2:5-11).

Anyone else who is living a Christ-like life is a good example for believers. Of course, that starts with the elders in the local church.

Do Not Imitate Enemies of the Cross

For many walk, of whom I have told you often, and now I am telling you weeping, as enemies of the cross of Christ; whose end is destruction, whose god is the belly, and whose glory is in their shame—who think on earthly matters (Phil 3:18-19).

As is often the case in Scripture, the authors tell us both what behavior to imitate and what not to imitate (cf. 2 John 5-8, imitate Gaius, and 2 John 9-11, do not imitate Diotrephes, who loves to have preeminence among them).

The language here is vague. It might refer to unbelievers or to believers.

One option is that Paul is thinking here of Judaizers (see Phil 3:2). These would be legalists.

The opposite option is that Paul is thinking here of libertines, people who think that they can live in sin and still not incur God’s judgment.

There is no reason to see Paul’s language here as being restricted to believers or unbelievers or Judaizers or libertines. He is referring to anyone who is living as an enemy of the cross of Christ.

If someone is not imitating Christ, then he may well be an “enemy of the cross.” Those who are enemies of the cross and thus of Christ will be destroyed (“whose end is destruction”). This would certainly be true of legalists. But it would also be true of libertines.

In the Philippian church this probably related to traveling teachers, not to people who were in their church. Today this would likely refer to visiting speakers or to new people at our church.

Paul says that their “god is their belly” (v 19). They live to feed their bellies. Compare Rom 16:17-18, “Note those who cause divisions and offenses…those who are such do not serve our Lord Jesus Christ, but their own belly…”

Probably the reference to having their belly as their god means that they are slaves to their bodily desires. Thus this might refer to people enslaved to alcohol, drugs, sex outside of marriage, etc.

The glory they seek is also their shame.

The last part is key. They have an earthly mindset (“who set their mind on earthly things”). Paul’s mindset is on the coming kingdom and the soon return of Christ. His is not an earthly mindset. His is spiritual. Remember 2 Cor 5:7, where Paul said, “For we walk by faith, not by sight.” There too Paul was speaking of the coming kingdom: “The things which are seen are temporary, but the things which are not seen are eternal”(2 Cor 4:18).

Our Citizenship and Our Lord Is Currently in Heaven

For our citizenship is in heaven, from which also we eagerly await the Savior, the Lord Jesus Christ, who will transform the body of our humiliation that it might become similar in form to His glorious[glorified] body, according to the working of His ability to subject all things to Himself (Phil 2:20-21).

The believers in Philippi were not merely citizens of the city of Philippi and of the Roman Empire. Those are external matters that are temporary in nature. The eternal citizenship of believers is “citizenship in heaven.” This does not mean that the kingdom will take place in heaven. It means that our King is in heaven and He will come to us from there. But the kingdom which will come from heaven will take place on earth during the Millennium (Revelation 20), and on the New Earth in the eternal state (Revelation 21-22).

The apostle here indicates the double allegiance of the Philippian Christians. As Roman subjects they were citizens of the far distant, capital city of Rome, where the emperor has his residence. As servants of ‘another king, one called Jesus’ (Acts 17:7), they are citizens of that capital city [New “The eternal citizenship of believers is ‘citizenship in heaven.’ This does not mean that the kingdom will take place in heaven. It means that our King is in heaven and He will come to us from there.” Jerusalem], where the King of kings has his domicile, and whose advent to establish his reign on this earth and to rescue his people (1 Thess 1:10) is awaited. Here on earth, meanwhile, they are resident aliens who dwell temporarily in a foreign country, but have citizenship elsewhere (Martin, Philippians, p. 163).

Are we eagerly waiting for the Savior to return? Do we eagerly wait for the transformation of our bodies? Compare 2 Cor 5:2, 4. See also 1 Cor 15:1, “We will all be changed,” and 1 Thess 4:16-17, “The dead in Christ will rise first. Then we who are alive and remain shall be caught up to meet the Lord in the air.”

This transformation will not only be physical. Yes, we will no longer have any pain or suffering. Yes, we will have perfect bodies. But we will also be changed morally, inwardly, spiritually. As the Apostle John says, “when He is revealed, we shall be like Him for we shall see Him as He is” (1 John 3:2).

Spiritually-minded believers realize that our ultimate citizenship is in Jesus’ kingdom and we long for Jesus to return, to give us glorified bodies, and to establish His righteous kingdom.

As a friend of mine, Dan Mosher, likes to say when we sing the song Coming Again: “May be morning, may be noon, may be evening, and shall be soon.”

If we eagerly await His return, it has a positive impact on our giving, our role as a spouse, as a parent, as a child, as a brother or sister, as an aunt or uncle, as a person who works for a living, as a neighbor, as a driver, etc. All of our life is transformed by the renewing of our minds (Rom 12:1-2; 2 Cor 3:18).

Imitate Christ. WWJD should not just be a slogan. It is a way of life.

Imitate the example of Godly believers in your church.

Do not follow the example of those, believers or unbelievers, who are not imitating Christ.

Realize that your most important citizenship is not U.S. citizenship. It is being a citizen of the coming kingdom of our Lord Jesus Christ.

Eagerly wait for the soon return of Christ.