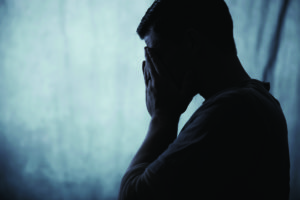 If we were to define legalism, we would say that it is the belief that one can either earn their salvation by keeping the Law of Moses or that one pleases God by that Law and thus focuses on the commandments instead of the Lord. The Christian life is to be successfully lived only by Christ living through us and transforming us into His image.

Paul combats legalism in the book of Galatians. False teachers, usually called Judaizers, were teaching the believers at Galatia that they had to keep the Law of Moses in order to either receive eternal life or please God.

It seems to me that there is another type of legalism. It is the belief that one can earn eternal salvation by their own set of rules, or that if one keeps these rules they are being successful in their Christian living. Once again, such beliefs focus on commandments or rules. In some cases, these “rules,” or commandments, are in the Bible. Sometimes they are not. While it is OK to follow these rules that are not in the Bible as a personal choice, it is legalism to make them mandatory on others.

We have all seen legalists. I remember when I was a teenager I attended a very legalistic church. Women could not wear pants. Going to a doctor was a sin. You couldn’t play cards or go to the movie theater. The wearing of jewelry was prohibited. Women were not allowed to cut their hair. If a Christian did these things he was displeasing to the Lord. If he continued doing them he would lose salvation.

When I see a legalist I must admit that part of me wants to laugh. They appear as cartoon characters. They also do not realize how hypocritical and self-righteous they are. For example, in the church I attended, you would see women who wore their hair in high buns without any jewelry. They would use tons of hairspray to hold their hair in place. They were convinced that such expressions of fashion made them super Christians. They had no idea that they were spiritually arrogant even if they never cut their hair.

Recently, I was told by an acquaintance that playing cards was a sin. However, the card game called “Rook” was OK. Others have told me that watching any movie made by Disney is a sin since the company supports homosexual rights. However, they admit that sometimes they watch Disney movies if their children really want to watch it.

It is often impossible for legalists to see their hypocrisy and inconsistency.

How dumb to think that following any set of commandments would earn eternal life or that behaving in these ways is all we need to have intimacy with the Lord and be more like Him. Like I said, when we see these things there is a strong desire to laugh.

But legalism is not a laughing matter. How many people have tried and continue to try to earn salvation by following a set of rules? Such legalism perverts the Gospel of grace.

In addition, how many Christians have fallen prey to living a legalistic life by focusing on rules, often man-made rules, in order to please God? Such legalistic living almost always results in spiritual arrogance and a judgmental attitude towards those who do not keep the same rules. Such living destroys the process of becoming more like Christ.

In the book of Galatians, when Paul discusses the legalism involved with the Law of Moses, he does not see it as a laughing matter. The Gentile believers who were going out to be circumcised, keeping the Jewish feasts, and stopping eating ham were deceived. They needed stern correction.

He points out that Abraham had two sons.

Ishmael was born through Hagar, a slave, through human effort.

Isaac was born through Sarah, a free woman, through the power and promise of God.

A legalistic view of things corresponds to Hagar and the birth of Ishmael.

Obeying God through the power of the Spirit by living by faith corresponds to Isaac’s birth.

Abraham would not allow Ishmael and Isaac to live together. They were “cast” out. That is the attitude the church should have towards legalistic teaching.

Ken Yates is Editor of the Journal of the Grace Evangelical Society and GES’s East Coast and International speaker.