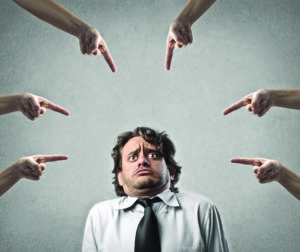 Years ago, there was a popular country song called “I Loved Her First.” It was about a young woman getting married. The song is from the perspective of the woman’s father. He reminds the groom that the father loved the girl first.

I also remember years ago, in a Bible study, someone saying that everything we read about in the NT was addressed, at least in seed form, in the teachings of the Lord. Even if Jesus did not address something specifically, or if it had not been revealed during the life of the Lord, the concept is found in His words. Whatever we find in the NT, then, we can say that Jesus said it first.

Paul’s Teaching Is an Example

I was reminded of these things recently while studying the Book of Romans. In Rom 3:8, Paul says,

And why not say, ‘Let us do evil that good may come’?—as we are slanderously reported and as some affirm that we say. Their condemnation is just.

Paul mentions here that some people accused him of teaching that God’s people could, and even should, do evil. They slandered him in that way. They said that Paul did not think it was important to live righteously. But Paul says that such accusations are clearly wrong.

Later in the Book of Romans, Paul reminds us again that what he was teaching would lead some to say that keeping the commandments of
God was not important. In Chap. 6, he states that since the Christian life is based upon the grace of God, it would lead some to conclude that Paul was saying the Christian should sin in order to experience a greater measure of God’s grace (Rom 6:1).

Then the Apostle specifically says that the Christian is no longer under the Law as a rule of living (Rom 6:15). This statement would also lead some to say that what Paul was teaching was that the Christian should just go ahead and sin, if that were the case.

With both of these accusations in Chap. 6, Paul responds with a strong, “God forbid.” Clearly Paul was not teaching that sin was not important in the life of the believer. However, in the teachings of Paul, sin has no impact on the reception of eternal life. In addition, sin has no impact on keeping eternal life. Eternal life is eternal and cannot end. Instead, sin results in an experience of death in the life of the believer. But this is something the believer encounters in this life. It is a temporal experience. When we as Christians sin, this experience is one of encountering the wrath of God in our lives. Sin brings God’s disapproval and discipline. Who in his right mind would choose to experience that? But Paul makes it clear that the Christian can indeed choose to make such a foolish decision, even though the believer still retains his eternal life.

Paul preached a gospel that resulted in his being accused of teaching that sin was not important. Of course, this is what can be expected if somebody preaches a gospel of grace today. If we say that a person receives eternal life completely free and cannot lose that life no matter how he lives after receiving it, many will accuse us of teaching that a person can live however he wants. People who make that accusation do not understand the motivation that grace gives us to godly living. They also do not understand the free offer of eternal life. In addition, they usually do not grasp the fact that like Paul in Romans 6, most of the NT does not deal with how a person receives eternal life. The majority of the NT teaches us how Christians should live after they receive that life.

Of course, those of us in the Free Grace movement are constantly accused of the same thing Paul was accused of. We can take comfort in the fact that we have the Apostle Paul in our company. In fact, if people do not accuse us of these things, we are doing something wrong. Clearly, Paul also preached a Free Grace gospel of eternal life!

Since everywhere Paul went, he preached that gospel to Jews, we can rest assured that many of those Jewish people concluded that Paul was saying the Law of Moses, with all of its commandments, was not important. In fact, they would have concluded that Paul’s preaching was an attempt to do away with the Law completely. However, I am sure Paul found comfort in knowing that what he was teaching was taught by Jesus first.

Recently I noticed that Jesus Himself encountered the same accusations Paul encountered. The Lord mentions it in the Sermon on the Mount. He comments, “Do not think that I came to destroy the Law or the Prophets. I did not come to destroy but to fulfill.” Jesus was a Jewish man who lived righteously. In fact, in John 8:46, He asks which of His opponents could accuse Him of sin. Of course there were none. How could anyone come to the conclusion that He had come to destroy the Law or the Prophets? How could anyone conclude that He was teaching that the commandments of God were not important and that He had come to do away with them? In His life, death, resurrection, and return, He will fulfill all that the Law taught.

Jesus’ ministry was to the Jews. We know from the Gospel of John that before Jesus preached the Sermon on the Mount, He had already told people how to receive eternal life. It was by faith in Him alone (John 2:23-25; 3:16). The Jews who heard such a message would naturally wonder what place the Law of Moses played in receiving eternal life. Many of them thought that such life was earned through obedience to the Law. Jesus was teaching that was not the case. The natural conclusion for many was that Jesus had come to do away with the Law.

In other words, Jesus also preached a Free Grace gospel. He did it before Paul. He did it before we did. When we preach that the commandments have no role in eternal salvation, either before, during, or after faith, we will be accused of promoting lawlessness. Sin is important in the life of a believer. Sin has devastating consequences. But the commandments of the Law play no role in receiving eternal life or even proving that we have it. Obedience to God falls within the area of Christian living. We must keep the gospel of eternal life separate from the wisdom of Christian living.

No doubt, many will accuse us of the same thing they accused the Lord and Paul of. What we say will be interpreted as promoting sin and lawlessness. We can expect it and expect opposition. We just need to remember: Jesus said it first.

____________________
Ken Yates is Editor of The Journal of the Grace Evangelical Society. He is the pastor of Little River Baptist Church in Jenkinsville, SC.