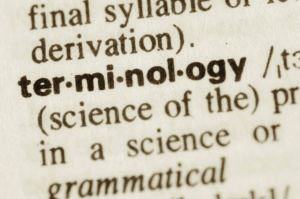 I read a few articles in the July-September 2018 issue of Bibliotheca Sacra, the journal of Dallas Theological Seminary. It is celebrating its 175th anniversary (since DTS took over an already existing journal). Bibliotheca Sacra is one of the leading theological journals today. And it has been for a very long time.

In this issue, Bruce Compton provides Part 3 in a series of articles in which he defends the case for faith preceding regeneration. I agree with him. Faith does precede regeneration.

However, as I read, I found certain words and phrases used by him which for the last ten years I’ve been seeing a lot in Evangelical publications. These expressions have become common. Yet they are inaccurate and misleading.

Here are a few examples:

I have difficulty with each of these expressions as they relate to soteriology, the doctrine of salvation (i.e., regeneration).

Interestingly, Compton most often merely speaks of faith as the sole condition of regeneration, which is great. I wonder why he occasionally instead spoke of repentant faith or repentance and faith as the condition(s) of everlasting life. None of the passages he cites support those expressions. I suspect he used those expressions because they are popular today.

Before I end, I feel compelled to point out one other oddity, which I have seen occasionally elsewhere, in Compton’s article.

In a section entitled “Two Provisions of Life,” he says, “two provisions of life are experienced in initial salvation. There is the initial temporary provision of life that logically precedes faith, and there is a subsequent permanent provision of life that logically follows faith. Again, it must be granted that this is a tension with placing faith prior to regeneration” (p. 301).

If I had not read the same sort of statement by other Calvinists, I would not know what he means. The way many Calvinists interpret the Parable of the Four Soils (Luke 8:5-15), for example, is that God gives some sort of temporary spiritual life to soils two and three, but since they don’t persevere (soil 2) or produce mature fruit (soil 3), they fail to receive the “permanent provision of life,” to use Compton’s expression.

Compton says that permanent life is given when we believe in Christ. Other Calvinists say that we only get final salvation after we have persevered to the end of life in the race set before us.

I found it surprising to see Compton speak in this way since he earlier explains Acts 16:14—God opening Lydia’s heart that she might believe and be born again—as referring to illumination, not regeneration (pp. 292-94). However, when I re-read that section, I noticed that the final sentence does speak of some sort of spiritual life being given to Lydia when God opened her heart: “In short, illumination is that initial life-giving work of the Spirit that logically precedes and results in conversion” (p. 294).

Evangelicals need to be more careful in the words and phrases they use to discuss the saving message. Clarity is especially needed in soteriology.

Bob Wilkin is Executive Director of Grace Evangelical Society. He lives in Highland Village, TX, with his wife of 42 years, Sharon. His latest book is Turn and Live: The Power of Repentance.