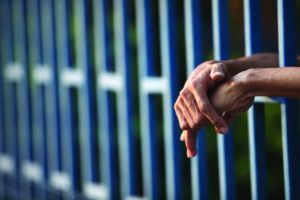 Recently I wrote a blog entitled, “Understanding Saving Faith Is Not Like Breaking the Enigma Code.” I argued that saving faith is simply being convinced that the Lord Jesus Christ guarantees everlasting life that cannot be lost to all who believe in Him for that life. J. H. read that blog and asks:

I have been reading your blogs for a while now. At times I agree with you, and other times I don’t. At times I am perplexed by your writings. So, let me ask a question: do you think that belief requires no “works” on our part? Conversely, does unbelief require works?

I will start with the second question first. Does unbelief require works?

Let’s say that someone not only does not believe in Jesus for everlasting life, but he also does not believe that Jesus even existed. He thinks Jesus is a mythological figure. Would it require any works on his part to believe that Jesus never existed? Of course not. It requires no works to disbelieve in Jesus, just as it requires no works to disbelieve in Donald Trump or Joe Biden or Xi Jinping.

There is no necessary connection between unbelief and works. An atheist might be a good spouse, parent, employee, citizen, driver, and so forth. Or an atheist might sell drugs to children and murder people.

Now to the first question. Does belief require no works?

In the first place, good works are not required to have everlasting life (John 5:39-40; 6:28-29; Eph 2:8-9; Titus 3:5) or to be justified once and for all before God (Rom 4:4-5). The sole condition is faith in Christ. In the second place, there is no guarantee that all believers will persevere in living righteously.

Let’s say that 50,000 Americans came to believe in Jesus for everlasting life in 2001 while in college. If we tracked those 50,000 people over the next twenty years, we would find a wide range of works. Some would be godly people who are serving Christ faithfully in their local churches. Some would even be pastors and missionaries and famous Christian songwriters and authors.

But some of those 50,000 believers will be found in prison for murder, rape, drug dealing, embezzlement, and so forth. I know of three graduates of my alma mater, Dallas Theological Seminary (DTS), who went to prison for aggravated sexual assault, rape, and statutory rape (of boys). All three were pastors in the Dallas area, two of Bible churches and one of a Baptist church. The number of pastors of conservative churches who have gone to prison in the last twenty years is surely in the hundreds, if not thousands. All seminaries, not just DTS, have graduates who are in prison. If you consider all believers, not just pastors, who are now in prison, the number is in the tens or hundreds of thousands.

Hopefully well over half of those 50,000 believers are walking in fellowship with God. But not all of them are.

I realize that some would say that those three pastors who went to prison lost their salvation. Others would say that they proved that they were never born again in the first place. But the truth is, King David is not the only believer who committed adultery and murder.

If you think that you cannot fall because you are born again, then you make it much more likely that you will fall. Paul warned the believers in Corinth, “Therefore let him who thinks he stands take heed lest he fall” (1 Cor 10:12).

I fear spiritual failure. Do you? You should pray daily asking God to keep you from temptation and to deliver you from evil. While we have born-of-God new natures within us, we still have the
flesh. We are no longer slaves of sin in our position (Rom 6:16-17), but we can be slaves of sin in our experience if we cease abiding in Christ and His Word (John 8:30-32; Rom 6:12-13; 7:13-25).

I love the Lord Jesus and want to bring praise to Him. I long to hear Him say, “Well done, good servant” (Luke 19:17). But knowing that success is not guaranteed keeps me seeking Him every day.