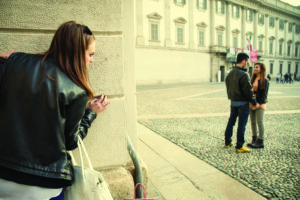 The Old Testament prophet Hosea wrote one of the most interesting books in the Bible. God tells this prophet to marry Gomer, a prostitute (Hos 1:2). She would prove to be an unfaithful wife. There are differing opinions as to whether his wife was a prostitute before they married, or became one afterwards. It is clear, however, that the marriage is meant to be an illustration.

Hosea is one of just a few prophets who spoke to the northern nation of Israel. God had brought them out of the nation of Egypt centuries before. He had loved them and made them His people (11:1). He had entered a covenant with them, and they had promised to be faithful and obedient to Him. They were like a wife to the Lord.

However, when Hosea prophesied to them, they were in rebellion against God. They were unfaithful to God and worshipped other gods. Specifically, they worshipped Baal, a pagan fertility god. This worship involved all kinds of sexual immorality (4:12-13). The nation was full of violence and bloodshed (4:2; 6:9; 12:1). Amos, a contemporary of Hosea, spoke out against the social injustice he saw in Israel (Amos 2:6-8; 4:1). The rich and powerful took advantage of the poor and weak. Hosea saw the same thing (Hos 12:7).

To put it bluntly, the nation of Israel had become an unfaithful wife. By going after other gods, they had committed spiritual adultery. The marriage of Hosea to the unfaithful Gomer was a picture of God’s relationship with Israel.

In the book, God tells Hosea to remain faithful to Gomer. After a period of separation (2:2), Hosea returns to her (3:1-3). The book says that God will also punish His wayward people with exile, just like the Old Covenant required, but He would restore the relationship. He says that He could never give His people up completely and that He will have compassion on them (11:8). Even after all that Israel has done, God speaks of a coming day when He will pour His blessings on them.

The day will come when God will bless them with changes in creation itself. They will forever be at peace. He will restore great fertility to them. They will be His people forever (2:14-23). This looks forward to the day when the nation of Israel will live in the Millennial kingdom.

The marriage of Hosea and Gomer is a clear illustration of the “marriage” between God and the Jewish people. Even when they acted like prostitutes in going after other gods, even when they violated the covenant with God, He still loved them. He had compassion on them. They were still His people.

But why would God act that way to such a disobedient people? The answer is given throughout the Old Testament. God keeps His promises. He had promised Abraham, Isaac, and Jacob that their descendants would be His people forever. From a human perspective, it would have been easy for God to say that He was through with the descendants of Abraham when one considers the type of “wife” they were in Hosea’s day. They were just like Gomer. However, that is not how God operates. One day the nation of Israel will live in the kingdom of God.

I find a great deal of comfort in this strange Old Testament book. Believers in Jesus Christ are part of His bride. He has entered into a covenant with us. He has promised us that every believer in Him has eternal life. They will live with Him forever in the kingdom of God. They cannot lose their eternal salvation.

In the case of the Old Testament Jews, there were believers and unbelievers among them. Unbelievers will not be a part of the kingdom. However, the promise God made to Abraham, Isaac, and Jacob would be fulfilled. The day is coming when every Jew will be a believer in the Messiah, Jesus Christ. They will enter into His kingdom. Regardless of periods of national rebellion and unfaithfulness in the past, God will fulfill His promises.

The story of Hosea and Gomer is an Old Testament illustration of New Testament truth. The believer in Jesus Christ has everlasting life. By definition, this life is ever-lasting. It cannot end or be taken away, even if we are unfaithful. It is based upon His promise to us and is His gift to every believer (Eph 2:8). And, as Paul says, the gifts of God are irrevocable (Rom 11:29).