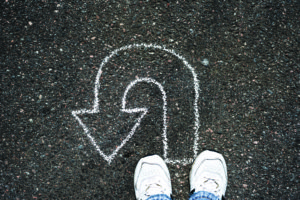 From the forthcoming book The Power of Repentance

The Lord is not slack concerning His promise, as some count slackness, but is longsuffering toward us, not willing that any should perish but that all should come to repentance (2 Pet 3:9).

Elsewhere I have analyzed every occurrence of the verb apollumi (perish) in the NT. I showed that it refers to eternal condemnation less
than 20% of the time. Normally it refers to some sort of loss or destruction, including physical death.

While clearly in John 3:16 apollumi refers to eternal condemnation—the context there is what makes that clear (see John 3:17-18). The context in 2 Peter 3 is radically different than John 3:16.

“Perishing” in 2 Peter 3:9 Refers to Premature Death, Not Eternal Condemnation

Peter says, “The Lord…is not willing that any should perish but that all should come to repentance.” Many people see that as an obvious statement that repentance is the condition for escaping eternal condemnation.

A point often missed is that v 9 starts with the words, “The Lord is not slack concerning His promise [i.e., the promise of His coming].”

When Peter is writing, it is around AD 66, or 33 years after Jesus ascended to heaven with a promise to return. Though we may think that
33 years is not very long to wait, we must understand that the first century believers thought it likely that Jesus would return in their lifetimes (as we do in the twenty-first century).

Verse 9 explains why Jesus had delayed fulfilling His promise to return and establish His kingdom. Peter’s readers knew that Christ’s return will involve rapturing all believers out of earth and then seven years of Tribulation. Concerning those seven years, the Lord said, “For then there will be great tribulation, such as has not been since the beginning of the world until this time, no, nor ever shall be. And unless those days were shortened, no flesh would be saved, but for the elect’s sake those days will be shortened” (Matt 24:21-22).

The Context Concerns the Coming Tribulation and Billions of Deaths

A simple rule of hermeneutics is that you determine the meaning of a word by its use in context. Well, here it is obvious what apollumi means in context if we just read the words before and after v 9. In v 6 the same word is used to refer to those who died in the Noahic flood: “The world that then existed perished, being flooded with water.” That’s the only other use of this word in 2 Peter and it is in the immediate context. (There is also one use of the word in 1 Peter and it also carries this meaning.)

In addition v 9 is culminating a discussion begun in v 3 and following about the delay in the Lord’s promised return. Peter is saying in v 9 that the Lord will fulfill His promise, but He is delaying since He is longsuffering toward us, meaning the human race. He doesn’t want to kill billions of people on earth. He would rather people repent and live full lives here and now prior to the kingdom. But when the sins of mankind are filled up, then the Tribulation will begin and billions will die. Even then, however, God will show that He would prefer men
repent and avoid premature death (Rev 9:20-21; 16:9, 11). The verses which follow 2 Pet 3:9, that is, vv 10-13, discuss not hell, but the
destruction of the current earth and heavens by fire. Temporal destruction is what is being discussed. The ultimate end, of course, is that
His promise will be fulfilled: we will receive “a new heavens and a new earth in which righteous dwells” (v 13). Zane Hodges writes,

What God seeks from men while His judgment tarries is repentance. God’s wish, therefore, is that all should come to repentance. This statement should be read as though it indicated God’s desire that all men should be saved from hell. It is true that God does have such a desire, since it is plainly stated in 1 Tim 2:4-5 and also found in passages like John 3:16-17 and 2 Cor 5:19-20. What is suggested here, however, is that if men would repent, the judgment of the Day of the Lord could be averted [i.e., postponed]. But this repentance would need to be universal, that is to say, all would have to come to repentance.

This truth is illustrated in microcosm in the case of Nineveh (Jonah 3)…What is clear is that all of them were spared from the
impending ‘overthrow’ of their city, because the whole city repented.

Thus we might paraphrase 2 Pet 3:9 in this way: God wishes that none should die prematurely under His hand of temporal judgment
(especially during the calamitous judgments of the Tribulation), but that all should come to repentance and extend their lives and their experience of His blessings.

2 Peter 3:9 illustrates the truth of Ezekiel 18. Unrighteousness leads to premature death and repentance is the remedy: “‘Do I have any pleasure at all that the wicked should die?’ says the Lord God, ‘and not that he should turn from his ways and live?’” (Ezek 18:23). 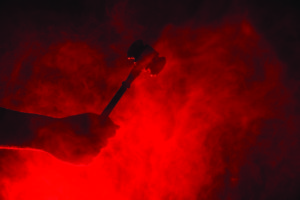 In order to hold fast to what God has said, we must understand what He said. A perfect example of the need for careful observation is 2 Pet
3:9.

God has promised that the Lord Jesus will return soon to establish His righteous kingdom. But God does not want anyone to perish. That is, He doesn’t want anyone to die prematurely. Thus the promise of Christ’s return is at odds with the love of God for mankind.

The promise of the Rapture will not be fulfilled until the sins of the world rise to a level that triggers God’s worldwide judgment.

Death is not pleasing to God. Thus He postpones the Lord Jesus’ return as long as possible to allow more people to have full lives (and hence more people to come to faith in Christ). That’s the message of 2 Pet 3:9.

____________________
Bob Wilkin is Executive Director of Grace Evangelical Society. He lives in Highland Village, TX, with his wife of 42 years, Sharon. His latest book is Is Calvinism Biblical? Let the Scriptures Decide.