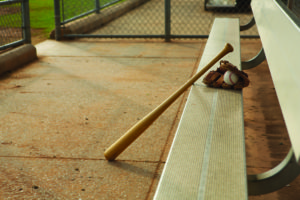 Major League baseball players are wise to fear being cut. Few make it to the majors and many don’t stay long. Players need to do everything they can to perform their best day in and day out.

We don’t need to worry about ever being cut from God’s team. Our divine Manager has promised that once we believe in the crucified and risen Lord for eternal life, we are secure forever in our relationship with God. He guarantees it. And God will never change His mind.

Like professional athletes, however, we should be concerned about our service. We should check our stats regularly to see what needs improving and then ask, “Am I really doing what God wants me to do? Am I pleasing Him?” The Apostle Paul admonished the believers at the church of Corinth to do this when he wrote:

Examine yourselves as to whether you are in the faith. Test yourselves. Do you not know yourselves, that Jesus Christ is in you?—unless indeed you are disqualified (2 Cor 13:5).

Some well-meaning pastors and theologians suggest that Paul was concerned that his readers might not truly be Christians. One such pastor wrote, “Periodic doubts about one’s salvation are not necessarily wrong. Such doubts must be confronted and dealt with honestly and biblically. Scripture encourages spiritual self-examination.”2 Then, after quoting 2 Cor 13:5, he commented on our need for self-examination:

It has become quite popular to teach professing Christians that they can enjoy assurance of salvation no matter what their lives are like. After all, some argue, if salvation is a gift to people who simply believe gospel facts, what does practical living have to do with assurance? That teaching is nothing but practical antinomianism. It encourages people living in hypocrisy, disobedience, and sin by offering them false assurance. It discourages self-examination. And that clearly violates Scripture. We are commanded to examine ourselves at least as often as we celebrate the Lord’s Supper (1 Cor 11:28).3

The New Geneva Study Bible (p. 1844) also suggests that self-examination of our works to see if we are regenerate is appropriate:

Paul’s words help clarify the doctrine of assurance of faith. Paul asks the Corinthians to examine their own lives for evidence of salvation. Such evidence would include trust in Christ (Heb 3:6), obedience to God (Matt 7:21), growth in holiness (Heb 12:14; 1 John 3:3), the fruit of the Spirit (Gal 5:22, 23), love for other Christians (1 John 3:14), positive influence on others (Matt 5:16), adhering to the apostolic teaching (1 John 4:2), and the testimony of the Holy Spirit within them.

Such an understanding of 2 Cor 13:5 and of assurance is inconsistent with salvation by grace through faith, apart from works, and also with the immediate and broader context in Second Corinthians. I certainly agree that Christians are to examine themselves. That is commanded in Scripture.

However, Paul’s readers already knew that they were born again. Paul had a different purpose in mind for this self-examination.

In addition, Paul made a number of other statements which give evidence that they were regenerate, “To the church of God which is at Corinth, to those who are sanctified in Christ Jesus” (1 Cor 1:2). “But you were washed, but you were sanctified, but you were justified in the name of the Lord Jesus and by the Spirit of our God” (1 Cor 6:11). “Now He who establishes us with you in Christ and has anointed us is God, who also has sealed us and given us the Spirit in our hearts as a guarantee” (2 Cor 1:21-22). “Do not be unequally yoked together with unbelievers” (2 Cor 6:14). “You know the grace of our Lord Jesus Christ” (2 Cor 8:9).

Paul didn’t want his readers to doubt their salvation, but to live in light of the fact that they were secure children of God. His appeals to live righteously were built upon their assurance that they were born again. To understand 2 Cor 13:5, we must take into account that Paul did not link assurance to their works but to their faith in Christ.

Putting the Puzzle Together

Paul used the expression in the faith (en tē pistei) four times. These all refer to the believer’s experience not his position. Paul always used this expression in conjunction with imperatives. In the three uses outside of 2 Cor 13:5, he commanded believers to “stand fast in the faith,” (1 Cor 16:13), to “be sound in the faith,” (Titus 1:13), and to be “established in the faith” (Col 2:7). “The faith” is the body of truth that has been delivered to us from God. Thus Paul was exhorting his spiritual charges to obey in their experience that teaching which they had received. Dave Lowery comments:

Paul’s question is usually construed with regard to positional justification: were they Christians or not? But it more likely concerned practical sanctification: did they demonstrate that they were in the faith (cf. 1 Cor 16:13) and that Christ was in them by their obeying His will? To stand the test was to do what was right. To fail was to be disobedient and therefore subject to God’s discipline.4

The meaning of “Christ in you.” This phrase could refer to salvation since Christ lives in all believers. However, “Christ in you” is associated in Scripture with progressive sanctification. For example, after saying, “You are already clean because of the word which I have spoken to you” (John 15:3), Jesus commanded the apostles, “Abide in Me, and I in you” (John 15:4). In order for Christ to abide in the believer, the believer must abide in Christ. Christ is at home in the lives of believers only if they openly and honestly obey Him.

Paul was imploring the Corinthian believers to examine their works to see if Christ was abiding in them, in their experience.

The meaning of “disqualified.” The term “disqualified” (adokimos) occurs three times in vv 5 to 7. All of its other NT uses refer exclusively to believers who fail to gain Christ’s approval. Adokimos means “disapproved.” Its antonym, dokimos, occurs in 2 Tim 2:15, “Be diligent to present yourself approved to God, a worker who does not need to be ashamed, rightly dividing the word of truth.” Approval and disapproval are terms related to the Judgment Seat of Christ. Believers whose lives have been pleasing to Christ will be approved, while the believers whose lives have displeased Christ will be disapproved. Rewards will be given to those who receive the Lord’s approval, His “Well done.”

Acceptance and approval are two different things. God accepts all believers solely on the basis of their faith in Christ. Once they come to faith in Christ, they are forever accepted. Approval requires more than faith. It is conditioned upon spiritual maturity and is not a once-for-all event. A believer who is approved today is not guaranteed approval this time next year. Remaining in a state of Christ’s approval is contingent upon being a spiritual believer (1 Cor 2:14).

Paul used adokimos in only one other place in First and Second Corinthians. There he indicated his fear that he himself might be disapproved by Christ at His Judgment Seat, “But I discipline my body and bring it into subjection, lest, when I have preached to others, I myself should become disqualified [or, disapproved]” (1 Cor 9:27, italics added). Paul knew that he was saved. What he feared was God’s disapproval.

In v 5 Paul challenged the believers at Corinth to examine themselves to see if they were approved or disapproved. In v 6 he reminded them that he and his fellow missionaries were not disapproved, although he acknowledged in v 7 that they might seem disapproved to some in the Corinthian church. In other words, Paul knew that he was currently living in such a way as to merit Christ’s approval. This he could not affirm of the believers at Corinth, for there was plenty of evidence to suggest otherwise.

The meaning of “proof.” A related noun and verb of the just-cited term further supports this understanding. In v 3 Paul indicated that some of the Corinthians were seeking “a proof” (dokimēn) that Christ was speaking through him. Turning the tables on them in v 5, Paul challenged the congregation “to test [or to prove] yourselves” (dokimazō).

What was it that some of the Corinthians were questioning about Paul (v 3)? Certainly it was not his salvation. No, they questioned whether Christ was speaking through him. Therefore, when Paul turned the tables on them and asked them to test or prove themselves, he was questioning their experience in Christ, not their position. 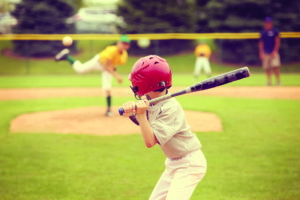 Does God Approve of You?

To return to our baseball analogy, if you believe in Christ for eternal life, you are on the team and in the game. But that doesn’t mean that you will hit a home run or even get a base hit every time you’re up at the plate. Your batting average may slump. If so, you may need to examine your swing to correct the problem.

Similarly, the Scriptures challenge us as Christians to examine ourselves to determine how we are doing in our individual walks with Christ. Are we delighting Him by our lives? Does He approve of us? Or are we living for the praise and approval of others? Is our mind conformed to God’s Word or to the world?

Self-examination can help us prepare for the Judgment Seat of Christ. If we are ready, we will hear those words of approval, “Well done, good servant” (Luke 19:17).

We’re never told to examine our performance (works) to see if we are born again. That has already been settled. We’re under contract—an eternal contract.

This article has been adapted from Chapter 7 of Confident in Christ: Living by Faith Really Works.