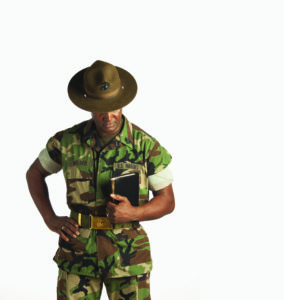 One Judgment or Two?

Many people believe that all of mankind will one day stand before God in a final judgment. At this judgment, God will either cast each person into the lake of fire, or allow them into His Kingdom. This appears to be the majority opinion of many evangelicals as well.1

Even though this is the majority view, there are those who disagree. These people believe that only non-believers will appear before God in a final judgment to determine their eternal dwelling place. As non-believers, they will be condemned. Believers, on the other hand, will appear at a separate judgment. This judgment will be before Jesus Christ at the Judgment Seat of Christ. At this judgment, rewards will be the issue. Believers will be rewarded for their faithfulness to the Lord. Free Grace theology has done much to defend this view as Biblical.

When people are exposed to the idea of a separate judgment for believers at the Judgment Seat of Christ, it is often difficult for them to accept. No doubt, part of the reason for the difficulty is that they have never heard it before. We all become comfortable in our beliefs and traditions. Exposure to new teaching takes us out of our comfort zone.

But there is another reason why people are reluctant to accept the idea of judgment where rewards are given out to believers. Such a judgment involves distinctions among believers now, and among believers in God’s Kingdom. This challenges how most people view the world to come. They assume that everyone will be equal in all respects. Otherwise, there would be envy and unhappiness in eternity. Also, to live the Christian life in view of rewards appears to promote living for selfish motives.

It is not my purpose to answer these objections in detail except to point out that envy will be impossible in the eternal state because believers will not have a sin nature. It is also clear that in eternity all believers will have joy and happiness. In addition, the Bible does indeed teach there will be rewards for faithfulness to the Lord (Matt 5:11-12; Luke 19:1226; 1 Cor 3:10-15; 2 Cor 5:10; Rev 22:12). This is presented as a powerful motivation to live a godly life. It is not the only motivation for doing so, but if the Bible teaches it, we must not look at such a life as one lived with wrong motives.

The Power of a Good Illustration

One of the great aspects of Biblical teaching is that the Bible often uses earthly illustrations to explain spiritual truths. Of course, all illustrations have their limitations since temporal and earthly examples are used to describe eternal and heavenly realities. But these illustrations do help us understand these things.

Other examples are found in John 15:1ff and Luke 8:5-8. Jesus describes the ability of believers to
produce fruit for the Lord as one involving branches in a vine or seeds planted in a field. I suspect that the disciples of the first century, who lived in a largely agrarian society, understood these illustrations more clearly than many of us today do. But even those of us who live in a modern urban setting can get a clearer understanding of how
fruit is produced in our lives by these illustrations. We have all seen fruit produced in trees or bushes. The basic point is that we can only produce fruit by the power of Christ at work in us, as seen in nature. The image of seed falling on soil is a great illustration of how our hearts can receive the teachings of the Scriptures.

An Illustration of the Judgment Seat of Christ

God, then, has placed things in our everyday lives that help us understand profound truths. The same is true concerning the Judgment Seat of Christ.

For instance, we have all seen examples of people being rewarded for doing well. Most of us have seen this in our jobs. If someone does their job well, or if they go above and beyond what was required, they are rewarded for good work, and even promoted and given greater responsibility. All of us have either experienced these truths or seen them at work.

I have certainly seen this in my profession. Over and over again I saw an imperfect illustration of how the Judgment Seat of Christ will be. I recently retired from the military after a 24-year career. Every year I had to go through a process involving what is known as an Officer Evaluation Report (OER).

The process began with a meeting with my commander. At this meeting, the commander would tell me what he expected of me. A list was made of what I would do in the coming year. Since I would change commanders on occasion, each commander would emphasize things that were important to him. He would have his own philosophy. To put it simply, the commander wanted his subordinates to reflect his values. He wanted them to become more like him. In theory, the commander ought to be someone with more knowledge and experience than his subordinates, someone they could emulate. At this meeting he would also indicate how he would give me all the resources I needed to do the things he expected of me.

At the end of the year, I would meet with the commander to see if I had done the things he had wanted me to do. How well did I perform? Did my work in that year reflect the values that an Army officer should have (e.g., loyalty, duty, respect, service, honor, integrity, and moral courage)? Did I model the things he in theory modeled in his life?

While there are differences in the way the Army evaluates people as compared to other businesses, we all can recognize the importance and appropriateness of such evaluations. It is right that those who perform well be rewarded for their good works.

It has often occurred to me that my experiences in the Army help me understand the Judgment Seat of Christ. Our supreme commander, Jesus Christ, has told us what He expects. Simply put, He wants us to be like Him. We are to love one another (John 15:12). We are to be merciful (Luke 18:22-35). We are to be humble servants (Mark 10:4345). We are to live our lives through His power and the resources He provides (Gal 2:20; John 15:4).

The time will come when Christ will evaluate our performance. We will receive our “heavenly OER.” At such an evaluation, as the Scriptures teach, we will be given rewards based upon that performance. These rewards will include responsibilities in the Kingdom.

The same is true for the Judgment Seat of Christ. No matter the events that transpire there, every believer will still be a believer. He or she will still be a child of God. The issue will only be one of rewards, not salvation.

Of course, the system in the military was not perfect. At times officers who deserved promotions and greater responsibilities did not receive them. Those who did not deserve promotions sometimes received them anyway. The commanders would sometimes show favoritism. But at the Judgment Seat of Christ, that will not be the case. Our commander on that day will be perfect. His judgment will be perfect. Each believer will justly be rewarded for his or her deeds. Any rewards that are lost will be deservedly lost.

Throughout my Army career I had commanders that I respected a great deal. I considered it a blessing that I was in the Army. I wanted to gain their approval during my annual evaluations. When a believer looks at our Lord, it is only appropriate that we desire His approval. We should desire to become like Him. As we look for the day when we stand before Him, may we make it our aim to hear Him say, “Well done, good and faithful servant.”

Ken was a chaplain in the Army for 20 years and retired as a Lt. Col.

1. For different views of this judgment, see the new book Four Views on the Role of Works at the Final Judgment published by Zondervan. Three of the four contributors hold to a final judgment to determine where all of us will spend eternity.