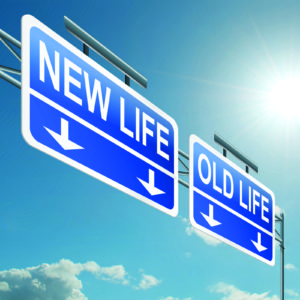 In John 6:26ff, the Lord has an extended conversation with a large crowd of Jews. Some of the things Jesus says are easy to understand. He says that it is the will of the Father that all who believe in Him may have eternal life and that He will raise the believer up on the last day (6:40). In 6:47, the Lord says that everyone who believes in Him has eternal life. The verb “has” is in the present tense, which means that eternal life is the possession of the believer at the moment of faith. It is not something the believer has to wait for in order to acquire later.

It is clear that in these verses Jesus guarantees eternal life to anybody who believes in Him for it. Such a promise and such words are certainly words of life. They give a life that will never end, and cannot be lost, to anybody who hears and believes them (John 3:16; 5:24; 6:35; 10:2730; 11:26).

Eating and Drinking Refers to Believing

However, in this conversation Jesus also says some things that are more difficult to understand. Yet as the rest of the conversation makes clear, these are also words of life.

After saying that He is the living bread that came down from heaven, Jesus tells the Jews that in order to have life they must eat His flesh and drink His blood (vv 51-53). These words proved hard to comprehend for the audience. In v 60, they say that what He just said is a “difficult statement,” and basically ask who can understand it. They recognize that Jesus cannot literally give His flesh for them to eat (v 52).

While many have seen an allusion to the Lord’s Supper in Jesus’ words about eating His flesh and drinking His blood, this is not likely because the Lord’s Supper had not yet been instituted. It is clear from the passage that the Lord is using the phrases “to eat my flesh” and “to drink my blood” as illustrations. When one believes Jesus, it is as if they are figuratively “eating” His flesh and “drinking” His blood. That is, they are taking His words in.

Jesus makes it clear that He does not mean that one must literally eat His flesh and drink His blood in v 63: “It is the Spirit who gives life; the flesh profits nothing. The words that I speak to you are spirit, and they are life.” It is not the eating of His literal flesh or drinking His literal blood that gives life, but the words that He spoke (“they are life”). In fact, He says that the literal flesh is of no profit.

In the context, Jesus is speaking about the gift of eternal life. In the same way one would eat or drink something, when one believes in the promise of Christ for eternal life, he or she appropriates that gift. The Jews who were listening to Jesus took His illustration too literally.

However, a closer look at Jesus’ words shows that His words are relevant to the believer. John suggested this by recording what the Lord said in v 56: “He who eats My flesh and drinks My blood abides in Me, and I in him.”

For John, the abiding relationship that the believer can have with the Lord involves more than simply receiving eternal life as a gift of God’s grace through faith. The believer can grow in that life. He or she can experience it in an abundant way (John 10:10). In the Upper Room, after Judas leaves, Jesus tells the believing disciples that if they love Him and keep His word both the Father and Jesus will make their abode with them (14:23). Later, He will tell them that if they abide in Him, they will experience answered prayer and bear much fruit (15:7-8).

Abiding in Christ, then, involves loving Him and keeping His words. This is something believers can do. If they do, they will experience eternal life in an abundant way.

Jesus certainly spoke words that involved more than believing in Him for eternal life. He spent three years teaching the Twelve and often spoke of things that accompany eternal salvation.

The crowd that Jesus spoke to in John 6 clearly included unbelievers. The Lord Himself says so in v 64. The Lord also makes this clear by saying that “some” of the crowd did not believe. Many of these unbelievers quit following Him because His words were hard to understand.

But the crowd also included some believers. John 6 also tells us that the Twelve were a part of those who heard the words of Jesus (v 67). Among the Twelve was Peter, who was clearly a believer.

One can imagine Peter listening to the words of the Lord on this occasion. As is well-known, the disciples, including Peter, often had a hard time understanding what the Lord taught them. In v 67, the Lord asks Peter and the other 11 disciples if they also will quit following Him.

From this verse we see that a believer can find the Lord’s teachings so difficult that he or she can choose to quit following Him. Such a decision would involve no longer listening to Him, no longer trying to understand or obey the things He teaches.

If Peter had been completely up front with the Lord at this time, he no doubt would have said that he did not understand many of the things the Lord was teaching. John does not record if he did so. But John does record two things that Peter did say.

Since Peter already had eternal life. He did not mean than he and the other disciples would stay with Jesus because He could tell them how to obtain salvation from hell. That issue was already settled the first moment they believed in Him.

Rather, Peter is making a profound statement. Jesus’ words are also life for the maturing believer.

What is everlasting life like? It is not only a guarantee of eternity with the Lord in His future kingdom, or a guarantee of a present unending life. It also includes our spiritual fellowship with the Lord, and that can be quite fulfilling and rewarding. Our experience of eternal life comes in degrees. It can be abundant or not.

So when a believer reads and studies the words of the Lord, he is hearing words that can produce fullness of life. They are a source of life in the sense that when obeyed, they produce an abiding relationship with the Lord. This relationship is one in which more and more spiritual fruit can be produced.

In v 63, the Lord did not simply say that His words are life, but that they are also spirit. The Spirit of God uses the words of the Lord in the life of the believer to produce Christ-likeness (2 Cor 3:18). This Spirit-produced obedience produces abundant life. Peter understands that the experience of true life could only be found by following Christ.

The words of our Lord are life. When a person believes in Him for eternal life they receive that wonderful gift. However, His words keep giving. After we have believed, we can continue to “eat His flesh” and “drink His blood.” His words are spiritual food. No doubt, some of His teachings are hard to understand and difficult to “swallow.” But, as we hear, and through the power of the Spirit obey, we experience true life. As believers we never get to the point where there is nothing more to learn, where there are no longer things in our lives the Lord wants to transform into His image, and where the Scriptures do not challenge us any longer.

And, no doubt, we will find things that we do not understand or do not want to obey. But, if we will endure and allow these words to accomplish their work, we find, like Peter, that His words are the words of eternal life to all who accept them.