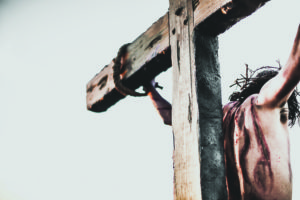 The death of Christ has a surprising connection to the call to discipleship, a point illustrated by studying two of the Lord’s parables in Luke (Luke 14:28-30, 31-32):

Now great multitudes went with Him. And He turned and said to them, “If anyone comes to Me and does not hate his father and mother, wife and children, brothers and sisters, yes, and his own life also, he cannot be My disciple. And whoever does not bear his cross and come after Me cannot be My disciple. For which of you, intending to build a tower, does not sit down first and count the cost, whether he has enough to finish it—lest, after he has laid the foundation, and is not able to finish, all who see it begin to mock him, saying, ‘This man began to build and was not able to finish.’ Or what king, going to make war against another king, does not sit down first and consider whether he is able with ten thousand to meet him who comes against him with twenty thousand? Or else, while the other is still a great way off, he sends a delegation and asks conditions of peace. So likewise, whoever of you does not forsake all that he has cannot be My disciple.

“Salt is good; but if the salt has lost its flavor, how shall it be seasoned? It is neither fit for the land nor for the dunghill, but men throw it out. He who has ears to hear, let him hear!” (Luke 14:25–35).

It has been my experience that when most Christians hear this parable they think that the main point that Jesus is making is that the Christian life involves sacrifice and a commitment to Christ. However, as I reflect on this passage and how it relates to other Scriptures, I do not think that is what Jesus is saying. Instead, He is emphasizing something else.

A Closer Look at the Parables

A striking feature of the parables is that the phrase “cannot be My disciple” occurs three times. In each case, these words are associated with another concept. This concept is said in three different ways. To be a disciple one must “hate his own life,” “bear his own cross,” and “say farewell to all he has.” These three phrases are also connected by the fact that the words “his own” occur in all three. It is my opinion that these three things all refer to the same thing.

Parallel Teachings of the Lord

To find out what these phrases refer to, we can turn to some other teachings of the Lord where He says very similar things. They also are found in His parables:

“Again, the kingdom of heaven is like treasure hidden in a field, which a man found and hid; and for joy over it he goes and sells all that he has and buys that field” (Matt 13:44, emphasis added).

“Who, when he had found one pearl of great price, went and sold all that he had and bought it” (Matt 13:46, emphasis added).

“Most assuredly, I say to you, unless a grain of wheat falls into the ground and dies, it remains alone; but if it dies, it produces much grain. He who loves his life will lose it, and he who hates his life in this world will keep it for eternal life” (John 12:24–25, emphasis added).

I have been crucified with Christ; it is no longer I who live, but Christ lives in me; and the life which I now live in the flesh I live by faith in the Son of God, who loved me and gave Himself for me (Gal 2:20, emphasis added).

And those who are Christ’s have crucified the flesh with its passions and desires (Gal 5:24, emphasis added).

But God forbid that I should boast except in the cross of our Lord Jesus Christ, by whom the world has been crucified to me, and I to the world (Gal 6:14, emphasis added).

In these verses in Galatians, Paul is speaking about the power of the cross in the Christian life. The Christian life can only be lived by the power of the crucified Christ living through us. Because of Christ’s death on the cross, the power of sin has been broken. The similar phrases and concepts leads me to believe that this is what the Lord was saying in Luke 14 as well. Discipleship, or growing in our likeness to Christ, is only possible through our identification in His death.

The Emphasis in Luke 14

It is interesting that in the parables in Luke 14, the Lord refers to building a tower and going to war. Both of these are pictures of the Christian life. If the parallel passages discussed above are correct, what Jesus is saying is that we cannot grow in discipleship and fight the forces of evil apart from Christ living through us. His crucifixion to the power of sin makes victory possible.

When a person believes in Jesus Christ for eternal life, he or she receives that as a gift. It is a gift that cannot be lost. However, in Luke 14, Jesus is talking about Christian living. Successful Christian living, or discipleship, is an ongoing thing. It is like building a tower. It is like going to war. We cannot do that in our own power. To be successful, the Christian must take up his own cross. Victorious living is possible as we allow the crucified Christ to live through us.