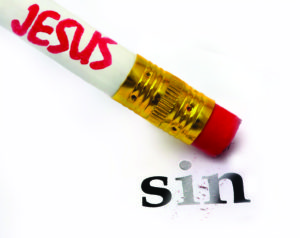 You’ve probably heard this objection before. You’re talking with someone about the grace of God and the free gift of everlasting life and they become heated. You might even sense some anger in them. They say something like this, “Jesus did not come to save us in our sins! He came to save us from our sins!”

Most people are unaware that the expression saving from sins is only found once in the entire Bible, in Matt 1:21. And there “His people” clearly refers to Israel. The salvation is not regeneration, but deliverance from Gentile domination and the establishment for Israel of the Messianic kingdom. The sins of Israel resulted in them being exiled, and after their return, being under Gentile control. The Lord Jesus ministered to a people who were dominated by the Roman Empire. He was born to save them from that consequence of their sins. Of course, He was also born to take away the sins of the whole world (John 1:29; 1 John 2:2) and to make everyone, Jew and Gentile, savable. But that is not the point of Matt 1:21, the only verse in the entire Bible that speaks of saving people from their sins.

I don’t know how you react when someone raises that objection to the free gift of everlasting life received simply by faith in Christ, apart from works. I find that objection to be offensive. It implies that we promote licentiousness. Do whatever feels good; there will be no consequences; God loves you and has given you
everlasting life so you are now free to sin with impunity.

That is not what we believe or teach. But people wrongly perceive us as saying that.

You might respond to this objection by talking about the fact that there are consequences for the eternally secure person. There is temporal judgment in this life. There will be rebuke and shame and loss of rewards at the Bema. Only a fool would rebel against God. Ask the prodigal son how things were in the far country.

But it dawned on me that that is only part of the answer. Even if the objector doesn’t realize it, he is raising a bigger issue. And I think we should address that bigger issue too.

The Bigger Issue of the Objector

The bigger issue is not whether a born-again person is capable of major failure. Everyone except the most extreme holiness people who believe in sinless perfection acknowledges that believers still sin and that sometimes they even sin badly.

The bigger issue isn’t whether a bornagain person is guaranteed to live a life characterized by godliness (even though there may be times of major failure from which he inevitably repents). While it is not true that all believers live godly lives, that is not what the objection is.

Does Jesus intend for people whom He saves to keep on sinning? That’s the question.

What the Objector Is Actually Saying

Is the person who sins twenty times a day still a sinner? Of course.

So what the objector actually is saying, even if he doesn’t realize it, is that Jesus hates sin and is determined to save us from all our sins. That is, He will make us fully righteous in our experience. Like Him. No more sin forever.

In other words, the objector is really saying that Jesus is determined to make us sinless.

Salvation Is More than Regeneration

The Free Grace position affirms that Jesus indeed guarantees that we who believe in Him will be absolutely without sin forever. However, that sinlessness does not start in this life.

When will it start? The Apostle John tells us: “Beloved, now we are children of God; and it has not yet been revealed what we shall be, but we know that when He is revealed, we shall be like Him, for we shall see Him as He is” (1 John 3:2). That is speaking of perfection, sinlessness. That is not “now.” That is future.

In this life we sin. “If we say we have no sin, we deceive ourselves, and the truth is not in us” (1 John 1:8). Only when we are glorified will we become sinless.

Salvation is more than regeneration. The new birth is not the end. It is the beginning. Now we have everlasting life. Now we are children of God. But it does not yet appear what we shall be.

The objector has a point. But it is much bigger than he thinks. Jesus has not come merely to cut our sinning down. He has come to eliminate our sinning altogether. But just as there are two comings of Christ, so there are two lives for the believer. We have this life and we will have the life to come (cf. 1 Tim 4:8). This life is one in which we sin. The life to come is one in which we will never sin.

Our Motivation to Godliness

Now we can return to the point of consequences. What is there to motivate the child of God in the present to live a godly life? There is gratitude for the gift of everlasting life. There is a desire to be blessed by God in this life and to avoid being cursed by Him. So too we know that the Judgment Seat of Christ is coming and we will all give an account to Christ for “the things done in the body, according to what [we have] done, whether good or bad” (2 Cor 5:10). We long to hear Him say, “Well done, good servant” (Luke 19:17). We long for His approval.

I know you long with me to be sinless. Won’t that be great when we are? We know that time is coming very soon. Until then, as long as we walk by faith, we seek to be transformed day by day by the Spirit of God applying the Word of God to our thinking and our lives (Rom 12:2; 2 Cor 3:18).

But we should not give anyone the impression that we have arrived, that we are no longer sinners. That is what the objector is implying. But we all still “fall short of the glory of God” (Rom 3:23). Even the objector. Works salvation people sin and sin a lot. Jesus has not yet saved them from their sins, if by that we mean that they no longer sin or no longer sin much. Indeed, if they have never believed in Him for the free gift of everlasting life, they are not yet born again. Works salvation does not work (John 6:28-29; Gal 3:614; Eph 2:8-9). So when we explain things to objectors like this let’s also make sure we stress that no matter how much they love the Lord and no matter how hard they are trying to please Him, if they have not yet believed in Him for the free gift of everlasting life, apart from works, then they are not yet born again. This is a matter of life and death, but not the way they think.