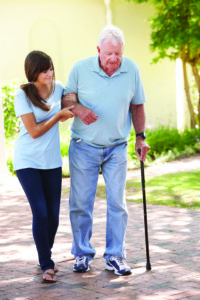 What does it mean to “deny the faith” (1 Tim 5:8)? This question brings up a couple of issues. First, is it possible for a Christian to verbally deny the Christian faith or to renounce Christ?

Even though many today would say a Christian could never do such a thing, and if he did, it only showed he wasn’t really a Christian, the NT teaches us that it is possible.

Hebrews 10:38-39 clearly states that a believer, a “righteous one” can commit apostasy. Jody Dillow in his book The Reign of the Servant Kings (pp. 336-37), as well as GES’s The Grace New Testament Commentary (p. 1078), both have good discussions on this.

History and experience also tell us that if a Christian is faced with persecution for his faith, it is certainly possible for that Christian to deny his faith. Of course, such a Christian does not lose his salvation, but will invite the discipline of God in his life as well as lose eternal rewards.

Another issue that this question raises is whether a Christian can deny the Christian faith in other ways. The NT tells us that we can.

In fact, that is what 1 Tim 5:8 is about. Paul is not talking about a Christian who verbally renounces his faith in Christ or any foundational doctrine. He is talking about Christians taking care of their aging parents.

Part of the Christian faith—the teaching of Christianity—is to honor your parents. To neglect one’s widowed mother by not taking care of her would be to deny what Christianity teaches. Paul’s point in 1 Tim 5:8 is that such action by a believer would mean that his life does not match what he believes.

What we see here is that a believer can live a life that is outwardly as immoral as the world in which we live. In fact, a believer can do things that even most unbelievers would not do.

We have a clear example of that in 1 Corinthians 5. In that chapter, Paul speaks of a “brother,” a believer who has eternal life, who is having a sexual relationship with his stepmother.

Like the believer who does not take care of the physical needs of his aging parents, the sexually immoral believer is one who metaphorically carries a sign that says, “My actions do not match who I am.” He, by his actions, denies what he claims to believe.

Paul teaches the same thing to Titus in Titus 1:16. He wants Titus to rebuke Christians who are not living like they should (Titus 1:13). By their actions they deny the Lord, even though they claim to “know” God. (See Zane Hodges’s book The Gospel Under Siege, p. 105).

Christians can deny the faith. They can do it verbally or they can do it by their actions. While they cannot lose eternal life by such denials, each of the verses discussed here teaches us that there are consequences for denying the Christian faith, both in this life and at the Judgment Seat of Christ.

Ken Yates is Editor of the Journal of the Grace Evangelical Society and GES’s East Coast and International speaker.