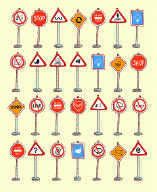 In Acts 17, the Apostle Paul finds himself in the city of Athens, Greece. Luke, the author of Acts, tells us that when Paul was in the city his spirit was “stirred” up within him (Acts 17:16). The word has the basic idea of being irritated or provoked about something.

Luke tells us, in the same verse, why Paul felt this way. The city was full of idols. There were altars and temples to a large number of different false gods. Paul specifically mentions one of these altars. It was dedicated to the “unknown God” (17:23). The folks of Athens believed that there were many gods. They sought the benefits that each god could bring. In order to cover all their bases, they included this altar to any god they may have forgotten. They didn’t want to offend any of the gods by leaving one out!

It isn’t hard to understand why all of this upset the Apostle. He understood the people of the city were living in ignorance and darkness. He had met the Lord on the road to Damascus. He knew there was only one God, and he “knew” Him. The idea that an inscription to an unknown god would be written on an altar as a kind of good luck charm was both ridiculous and sad. How crazy those words appeared to one who knew the truth.

If we compare the life of Paul as a journey on a highway, we could say that he was traveling on that highway and the inscription on the altar at Athens was like a sign. But it was a sign that made no sense. The words were completely foreign to him. Imagine driving down a highway but not being able to read the signs.

If believers today look around, it is easy to see similar types of signs. We read things that make absolutely no sense. We live in an unbelieving world that is in spiritual darkness and ignorance. There are many kinds of idolatry all around us. Along with this idolatry we see many sad, ridiculous, and crazy words which display the ignorance people live in.

I recently ran into such a sign. It was hanging on a wall in a men’s dressing room in a gym on a military post. I am very familiar with men’s locker rooms. I have used them for over 40 years. I played high school sports, and then spent 27 years in the military.

In these locker rooms men obviously change in and out of clothing. There are communal showers where men shower together. To put it bluntly, nudity is the norm. It is completely accepted and nobody thinks twice about it.

You can imagine, then, my surprise when I read this sign on the wall:

Please be respectful to the people around when changing in and out of clothing.

I stared at that sign for awhile. I simply did not know what it meant. In a room full of men without clothes and who showered together, how could somebody be disrespectful? In 40 years of using such facilities I never knew it was a potential problem and I had never seen a sign like that.

Searching for an Interpretation

Reading those words was like travelling on a highway and seeing a sign that I did not understand. I was changing clothes and there was another guy next to me doing the same. I thought he might be able to assist me, so I asked him what the sign meant. He looked at it for awhile and then said, “I have no idea what that sign means.”

I asked a couple more people and the only possible interpretation I got was that some men might be uneasy in such a place because you had to undress and take showers in front of other men and we needed to be sensitive to such things. That was very unhelpful because if a man had issues with changing in front of, and showering in front of, other men, there would be no solution in a men’s dressing room at a gym.

A few days later I brought up the sign to some other friends. They pointed out that I had completely misunderstood it because I needed to look at it from a different perspective. In today’s world, a woman can claim to be a man and use a men’s dressing room. This is true even in the military. The point of the sign was that if a woman was using the dressing room the men in the room should be discreet when changing in front of her or showering with her.

I had to admit that I had not thought about it from that angle. However, this did not make sense to me either. I thought the whole point of women claiming to be men and using male facilities was because they were comfortable in such an environment. Why would the men in the facility need to change their routine if such women were comfortable changing clothes in front of and showering with men?

Finally, I asked a friend of mine what the sign meant. He was a recently retired Army chaplain from the military installation on which I saw the sign. He said the issue was indeed women using the dressing room and showering with men. But the problem was not that the men needed to be careful in changing in front of her, but they should not say anything to her, or do anything, to make her feel unwelcomed. The men in the room should respect her right to be there in every way. The men should not act like they are uncomfortable with her presence. The situation should be seen as completely normal.

I have to admit, that as a middle-aged Christian male, this all sounded pretty strange to me. But I also realized that my friend was in a much better position to properly understand the sign and was probably right. As strange as it was, his explanation at least made sense of the sign.

Through this process, I felt a little affinity with Paul. Athens was known as a center of enlightenment and wisdom. They took pride in the fact that they were constantly searching for truth (Acts 17:21). It was a city full of philosophers (17:18). But Paul saw it as a city full of ignorance. The darkness around him disturbed his soul. The altar to an unknown god shouted out this fact.

We live in a day when the sign in the gym is seen by many as a statement of enlightenment. In reality, its nuts. Even though I may never find myself in a situation where the sign has any relevance whatsoever, I see myself as driving down a highway and seeing a sign that makes absolutely no sense. The world looks at it and understands it. But from the front seat of my car, I get the feeling I am driving down a highway called crazy.

Managing the Trip Remains the Same

Even if I can’t understand some of the things I see on my journey, in one very real sense the journey remains the same. Once again, Paul is a great example. In the book of Acts, Paul preached eternal life through faith in Christ (Acts 13:46-48). In the midst of the craziness around him in Athens, he told the people around him about Jesus Christ and how He had conquered death through rising from the dead (Acts 17:18). We don’t have all of his sermon, but the point is clear. Because Christ conquered death, He can give eternal life to all who believe in Him.

We are all riding down the highway called crazy. Those we meet on the way need to hear the same message Paul gave in Athens. Even when things around us make no sense, but seem perfectly sane to those around us, we need to tell them the same thing Paul said to the folks in Athens.

Ken Yates is Editor of the Journal of the Grace Evangelical Society and GES’s East Coast speaker. He lives in Columbia, SC. He is pastor of Little River Baptist Church in Jenkinsville, SC.