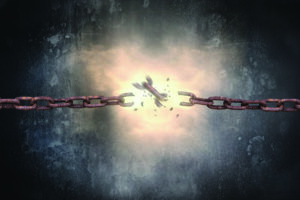 The word for condemnation in the Book of Romans is katakrima. It only occurs three times in the book. In fact, these are the only times the word occurs in all of the NT. The three instances are found in Rom 5:16, 18, and Rom 8:1.

The careful reader of the Book of Romans, however, will pause before making this conclusion.

All three occurrences of the word are found in Romans 5–8, which is the section of the book that deals with Christian living, not how to be saved from hell.

In his commentary on Romans, Zane Hodges makes a great point about this word (Zane Hodges, Romans: Deliverance from Wrath, p. 152). He points out, by appealing to Greek lexicons, that condemnation is not just a pronouncement of guilt. Instead, it refers to the burden that accompanies a judicial pronouncement. Specifically, it refers to the servitude that results from a judgment. An illustration would be when a person is found guilty in a court of law. He is first declared guilty, but then he must carry out the sentence. He must serve his time.

When Adam sinned, he was sentenced to death. As a result, he became a slave to sin. The condemnation here is that slavery. In the verses the follow, Paul speaks of the disobedience, the transgressions, and reign of sin in the life of those who are descendants of Adam (vv. 18-21). This is the sentence they must carry out. 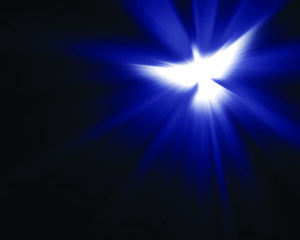 How to Avoid Slavery to Sin

This is clearly pointed out in the last occurrence of the word condemnation in Romans. If we translate it as “slavery to sin,” Rom 8:1 fits the context perfectly. Paul says that there is now no slavery to sin to those who walk according to the Spirit. Even though some translations do not mention walking by the Spirit in v 1, this is certainly what Paul means. The majority of Greek manuscripts include this requirement. Also, all manuscripts make this clear in v 4.

This last use of the word condemnation in Romans 8 makes it clear that Paul is not talking about being condemned to hell. A person does not have to walk/live by the Spirit in order to be saved from hell. That would involve works. Instead, Paul is talking about a lifestyle.

The Book of Romans is not primarily a book telling us how to gain eternal life (i.e. be saved from hell). It is telling us how to live a righteous life. After we become believers, we still live in this physical body that can and does sin. If we walk by the flesh (also Rom 8:1), we can still be slaves to the power of sin. But we don’t have to do that. Through the Spirit, we can be set free from the condemnation of this slavery.

This type of study reminds us again that Jesus did not just come to give us eternal life, as great as that is. He also, through His resurrection life, gives us freedom in this life. The condemnation of Romans relates to our living here and now. We do not have to live under the condemnation of having to serve the power of sin.