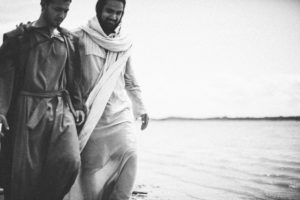 What did Jesus mean when He said, “Come after Me”? The expression “come after Me” appears four times in the NT, all in the Gospels (Matt 16:24; Mark 8:34; Luke 9:23; 14:27). All but one of those involves the verb erchomai, I come. The exception is Mark 8:34 where akoloutheō is used. The latter verb typically carries the meaning of follow. We get the English word acolyte, one who follows and assists a priest in worship, from it.

Most pastors, theologians, and commentators think that these four passages concern how one is born again. Note the following explanations.

Ultimately, to the Christian, this following of Jesus becomes the hope of heaven, since our leader has gone there (Heb. 6:19-20): but first comes the cross (Mark, p. 207).

He continued, “So a refusal to accept this ‘death to self’…is a spiritual death; whereas, by divine paradox, spiritual life is to be found only by dying to self (Gal. 2:20).” He concludes, “The kingdom was a good ‘buy’ at any price, if only these hard-headed businessfolk could see it” (p. 208).

Marvin Pate, commenting on Luke 9:23-26, is a bit less clear. Yet his discussion of “true faith” and “eternal glory” (not defined and explained as a special fullness of glory that only faithful believers will receive) shows that he too sees the issue here as everlasting life versus everlasting death:

The response that is called for in all four of these calls to commitment is one of faith, for faith does not focus on that which can be seen (the embarrassment and rejection attached to the crucifixion of Christ) but on that which cannot be seen (eternal glory). True faith is willing to lay one’s life down daily in service to Christ (Luke, p. 209).

David Dickson, commenting on Matt 14:24-27, says, “The fruit of bearing my cross or refusing of it shall be seen at the day of judgment” (Matthew, p. 230). He goes on to say the Jesus will “reward the backslider with deserved judgment and shall crown the grace of suffering for [Christ] with the reward of life” (p. 230). He sees everlasting life as a reward for suffering for Christ.

In his famous book Christ’s Call to Discipleship, James Montgomery Boice has an entire chapter on Luke 9:23-26 (Chapter 3). There he speaks of the call to deny oneself, take up his cross, and follow Christ as “essential gospel elements” and “essential ingredients of Christianity” (p. 37). Later in a chapter on counting the cost (Chapter 9), Boice gives practical application to what he said earlier:

I say that…the minimum amount a person must give is all. I say, “You must give it all. You cannot hold back even a fraction of a percentage of yourself. Every sin must be abandoned. Every false thought must be repudiated. You must be the Lord’s entirely” (p. 114). 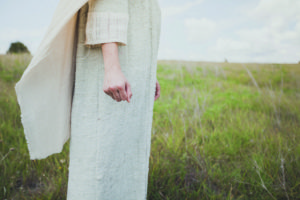 Yet these four passages actually concern exactly what the Lord said, how one follows Him. Following Christ concerns discipleship, and contrary to what many say, discipleship is not a condition of everlasting life. The issue is learning more about the Lord Jesus and becoming more like Him, not being born again.

Instead, salvation of the soul refers to deliverance from a wasted life to a life of heightened satisfaction, enjoyment, usefulness, victory, status, authority, and rest in the coming millennial kingdom (cf. 2 Tim 2:12; Heb 3:6, 14; 4:11) (“Matthew,” The Grace NT Commentary, p. 1:76).

Leon Morris seems to hold the same view, saying of Matt 16:24-28 that of the selfish believer, “He exists, but he does not live” (Matthew, p. 432). He continued saying of the one who loses his life for Jesus’ sake, “That person will find life.”

What a Difference the Discipleship Interpretation Makes

The difference in application of these four passages between the justification and sanctification interpretation is enormous. Those who see the issue as justification preach salvation by self-denial, by taking up one’s cross daily, and by following Christ until death on the path of suffering. While those advocating that view try to harmonize that with John 3:16, Acts 16:31, and Eph 2:8-9, they are unable to do so in any convincing way.

Those who see the issue as sanctification and eternal rewards call for the same things: self-denial, taking up one’s cross daily, and following Christ until death on the path of suffering. But the difference is that we see this call as quite different from the offer of the free gift of everlasting life. We preach the message of life, the free gift of everlasting life by faith alone in the one who took away the sins of the world at Calvary. And we preach as a separate message the call to discipleship and fullness of life.

While the people who hold to the justification understanding of following after Christ are well intentioned, they are wrong. They are unintentionally perverting the gospel of Christ. They make assurance of our eternal destiny impossible since it becomes tied to our perseverance in good works until death. They confuse those whom they evangelize. They don’t say it quite this way, but this is the gist of their message: I don’t know where I’m going when I die. If you have just 15 minutes I can help you not know where you are going when you die.

Follow after the Lord Jesus Christ? Absolutely. Only a fool would not do so. He rewards faithfulness. But do not think that by following Him you are working your way toward spending eternity with Him. Everlasting life is a free gift. The water of life is free, free, free (Rev 22:17).