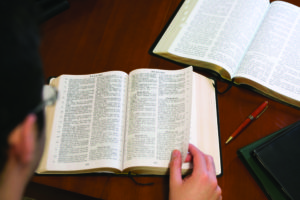 I often receive questions via email. Recently, I received a real doozy. It was not just one question, but ten, concerning justification and sanctification. Here it is:

My brother has recently been sharing a lot of GES videos and literature. He spent many years reading the Puritans, and of course, as you point out, some of the Puritans had a legal spirit. On the other hand, some had a gospel spirit seasoned with grace. For instance, Ralph Erskine or Thomas Boston had a different spirit than, say, Richard Baxter.

Upon reading some Puritans, my brother found himself constantly examining himself—looking within rather than outside of himself to Christ. Because of the human heart and our propensity to do what we would not, a constant diet of self-examination can cause God’s people to doubt their state before a Holy God. This is not a good thing.

From my experience, when I see sin in my own life, the remedy against it is best dealt with by resting in the gospel promises, that is, being so blown away by God’s precious Son that I am compelled to resist sin out of love and a thankful heart. That is not to say that is the most effective solution for overcoming sin—sometimes God’s law does act as a binding restraint upon the conscience. Sometimes we are sanctified by “disciplining our bodies” not to do certain things because we know what is right and what is wrong.

To be honest, one concern that I have with your teaching is that you minimize sanctification in the life of the believer. I am just trying to understand where you are coming from. If you could address a few of my concerns I would greatly appreciate it. These are not “gotcha questions”….I just want a better grasp on your beliefs.

1. Do you believe that God’s children are saved for a purpose, that we are saved “unto good works” in order that we will be conformed to the image of Christ?

2. Do you believe that whom God justifies He also sanctifies?

3. How do you define sanctification?

4. Do you believe that one who professes faith in Christ should ever have reason, by his fruit/works, to doubt his salvation?

5. Is there such a thing as a hypocrite, or a false professor?

6. Adolph Hitler professed faith in Christ. Based on the atrocities that he committed, is there any reason that he should have doubted his salvation, or that we should doubt his salvation to this day?

8. How do you view church discipline? Is the person who is excommunicated from the church to be treated as an unbeliever?

9. Is repentance necessary for salvation?

10. I think I read something by you that defined repentance as a “change of mind.” Would not the very essence of “changing our mind,” in terms of how we relate to God, necessitate a change of action or course? If I cheated on my wife, knew that it was wrong, apologized, and then did it again the very next night, wouldn’t that mean that I really didn’t “change my mind”? Your definition of “change of mind” seems subjective.

Thanks for your time.

My Answers to the Examination Questions

Thanks for your questions. This feels a bit like an ordination exam. I appreciate your desire to learn the Free Grace view.

Before I begin answering questions, let me give an overall comment on sanctification.

When I believed in works salvation, I did not drink, smoke, cuss, or sleep around. I was outwardly righteous. But I was filled with doubt, fear, jealousy, anger, and so forth. I was a self-righteous Pharisee.

When I was a senior in college, over the course of five conversations, I reluctantly came to believe in the eternal security of all who simply believe in Jesus. I came to believe that there were no strings attached, that no matter what I did or did not do, I was eternally secure.

What gratitude I felt! My fear of hell was gone. I knew I was God’s child forever. I immediately changed from pre-med to pre-ministry. My whole life changed, not because I thought I had to live a good life to stay saved or to prove I’m saved, but because the love of God in Christ bowled me over like a spiritual tsunami. 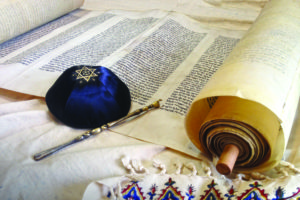 Now to your questions.

1. Yes, we are saved to glorify God now and forever. However, how well we glorify God in this life is not a condition of everlasting life. And it is not guaranteed that all believers will live in a way that their lives were characterized as God honoring.

3. To be sanctified is to be set apart. Progressive sanctification is a work of the Spirit whereby He increasingly conforms the receptive believer to the Person of Christ, which is to say that He sets that believer apart from the unbelieving world. Success in progressive sanctification is not guaranteed. Believers who do not fellowship with other believers and hear God’s Word taught regularly may well fail to progress in their Christian lives. Backsliding is even possible.

4. Not everyone who professes Christ believes in His promise of everlasting life. A person who believes in Lordship Salvation/works salvation looks to his own works, not Christ’s promise, for assurance. Such people doubt their salvation because they are not focusing on Christ, but themselves. The issue in professions of faith is not one’s works, but what one believes—root not fruit. If a person believes that he must work to stay saved or to prove he is saved, then he does not believe the promise and he lacks certainty of his eternal destiny. However, someone who believes the promise of everlasting life to the believer need never doubt his salvation based on his works because God justifies the ungodly and assurance is found in Christ, not in ourselves.

5. Yes. A false professor is one who says, “I believe in Jesus Christ,” but who in reality is believing in Jesus plus his own works to get him into the kingdom.

A believer should not look to his works for assurance. To do that is to take one’s eyes off Christ.

Apart from the blood of Christ, no one would have everlasting life.

Because of the blood of Christ, anyone who believes in Jesus has everlasting life.

Lewis Sperry Chafer said that in light of Calvary men don’t have a sin problem; they have a Son problem.

I believe you bring up Hitler to ask whether we should question our own salvation if we find ourselves sinning a lot. But there’s the rub. What is “a lot”? If someone like Hitler is the comparison (and there is no evidence he ever had saving faith in Christ), then very few people today would need to question their salvation. If Jesus is the standard, then all of us would need to question our salvation if our works are the issue.

But our works aren’t the issue. The issue in regeneration and assurance is believing in Jesus for what He promises—everlasting life. Sadly most people do not believe in Him for that life.

7. Yes, if a person believes in Jesus for everlasting life for five years and then stops believing in Him, he remains eternally secure even though he stopped believing.

Indeed, if a person believes in Jesus for everlasting life for five seconds and then falls away, he remains eternally secure.

If there is a time requirement for faith, then Jesus lied when he spoke to Martha in John 11:25-26. The Lord assured Martha that she would never die. He gave her no requirement that one’s faith in Him must remain steadfast.

8. Church discipline is for believers, not unbelievers. Scripture specifically says, “And if anyone does not obey our word in this epistle, note that person and do not keep company with him, that he may be ashamed. Yet do not count him as an enemy, but admonish him as a brother” (2 Thess 3:14–15). Also in 1 Cor 5:11, “But now I have written to you not to keep company with anyone named a brother, who is sexually immoral, or covetous, or a drunkard, or an extortioner—not even to eat with such a person.”

9. No, repentance is not necessary to be born again. It is necessary to escape temporal wrath in this life. The only condition of the new birth is faith in Christ.

Bob Wilkin is Executive Director of Grace Evangelical Society. He lives in Highland Village, TX, with his wife of 42 years, Sharon. His latest book is Grudem Against Grace: A Defense of Free Grace Theology.