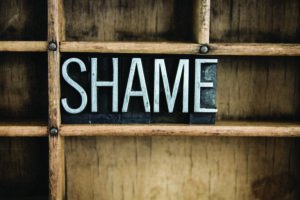 Zane Hodges calls 1 John 2:28 the theme verse for the epistle. It reads,

And now, little children, abide in Him, that when He appears, we may have confidence [or boldness] and not be ashamed before Him at His coming [parousia].

Arminians and Calvinists see this as a warning regarding eternal destiny. The believer who perseveres in faith and good works will get into the kingdom. That is what is meant by having confidence before Him. The believer who fails to persevere will end up in the lake of fire, either because he lost everlasting life (Arminian view) or proved he was never really born again in the first place (Calvinist view).

The Free Grace view is that the warning here concerns eternal rewards, not eternal destiny. The issue is joy versus shame at the Bema, the Judgment Seat of Christ (cf. 2 Cor 5:9-10 and Luke 19:16-26).

Recently I began to wonder if the normal Free Grace understanding of 1 John 2:28 is precisely what the Apostle John meant. Let’s take another look at this important verse.

The Command: Abide in Him

Anyone familiar with John 13-16 or 1 John knows of the theme of abiding in Christ. Believers are called to abide, live, or remain in Christ. This speaks of experience, not position. The way in which a believer does this is by allowing God’s Word to take up residence in his life. His mind is renewed rather than conformed to the world (Rom 12:2). This results in transformation of life.

Clearly the command to abide in Him refers to perseverance until Christ returns. The parousia, the coming of Christ, is specifically mentioned by John.

The Undesirable Result: That We Might Shrink Back in Shame 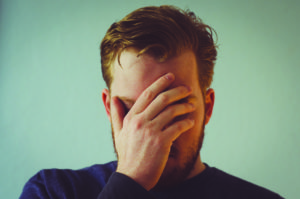 The Desired Result: That We Might Have Confidence before Him

The positive result, the one to strive for, is being confident before Him at His parousia: “that when He appears we may have confidence…before Him at His coming.” The Old Testament shows that a good name was very important, something to be carefully guarded. The New Testament shows this as well. The one with a good name has confidence and boldness.

Only recently did it hit me. The verse does not say what I’ve always thought it said: “And now, little children, abide in Him, that when He appears, you may have confidence and you may not be ashamed before Him at His coming.” No. It says we, first person plural. Not you, second person plural.

Why the shift from you in the command, “abide in Him,” to we in the possible outcomes?

It is possible that the first person plural in 1 John 2:28 simply refers to all believers. But if so, why didn’t John say, “And now, little children, let us abide in Him, that when He appears, we may have confidence…” The shift from you to we at the least should cause us to wonder if the Apostle has something different in mind than we think if we miss the shift.

In the majority of Greek manuscripts 1 John 1:4 reads, “And these things we write to you in order that our joy may be full” (my own translation). John wrote his epistle so that his readers might remain in fellowship with God with the result that his joy and the joy of the other Apostles would be full.

The same thing is seen in 2 John 8: “Look to yourselves, that we do not lose those things we worked for, but that we may receive a full reward” (NKJV). Most translations have “those things we worked for [or have accomplished].” But they also have “that you may receive a full reward” (NASB, NIV, HCSB). Yet the majority of Greek manuscripts read what the NKJV has. John and his co-laborers worked among these Christian leaders (cf. 1 John 2:12-14, 20-21, 27) and if they persevere, if they continue to look to themselves, then John and his co-workers would receive a full reward for their ministry. The translation of the so-called critical text actually makes no sense, which is probably why the NIV and other translations simply change “those things we worked for” to “what you have worked for,” even though there is not a single Greek manuscript that reads that way.

This idea is also found in John’s third epistle: “I have no greater joy than to hear that my children walk in truth” (v 4). Notice again that John’s joy is associated with the faithfulness of the believer(s) to whom he ministered.

Thus 1 John 2:28 likely means that if the readers continue to abide in Christ then John himself will have boldness and not shame at the Bema.

We may wonder why John could have shame if those whom he disciple did not continue?

Recently I spoke with a very godly Mom who has four believing adult children. She told me that only one of the four is walking with the Lord right now. As she told me this her eyes filled with tears. She has joy for the one who is walking with the Lord, but great sadness and shame over the three that are not. She knows all four are born again. But it grieves her that three of them are not abiding in Christ at this time.

This does not mean that the success or failure of those we disciple determines whether we rule with Christ or not (see 2 Tim 2:12). But it does mean that how much we rule will definitely be related to how well our disciples do. The Apostle Paul said, “…you shine as lights in the world, holding fast the word of life, so that I may rejoice in the day of Christ that I have not run in vain or labored in vain”(Phil 2:16, emphasis added; see also Luke 19:16-26; Gal 2:2; 4:11; Phil 2:16; 1 Thess 3:5).

So if I’m right, does this ruin 1 John 2:28 in terms of our own work and our own abiding? Of course not. It goes without saying that if John would be ashamed before Christ if some of his disciples did not abide, he would be much more ashamed if he himself did not persevere in abiding.

Yes, if we abide in Christ, we will have joy and not shame at the Bema for our own service. However, that does not change the fact that there will be some shame and sadness at the Bema for any believers we poured our lives into who failed to persevere.

It may be a Western mindset, but we often think that as long as we serve Christ faithfully our whole lives and persevere to the end, then our reward will be full. No. Fullness of reward depends in part on what others have done with what we invested in them.

Think of it like investing. Remember that in a Bema passage the Lord said, “Do business till I come” (Luke 19:13). Let’s say you invested $1,000,000 in ten different stocks. You contacted all the CEOs of those companies and told them, “Be diligent in your work so that I do not lose those things I’ve worked for, but that I might receive a full reward.” And let’s say that 3 of the ten CEOs did not take your message to heart and they mismanaged the funds so badly that you lost 50% of the money you invested in their funds. Wouldn’t that reduce your return on your investments? Wouldn’t you have sadness over those losses?

Ministering for Christ is a form of investing. It is just much more important.

Whether those whom we disciple continue on should make a big difference to us. That should lead us to pray for them, keep encouraging them, and keep teaching them as well.

If we know that the labors of others impact our own rewards, it makes us view ministry differently. Maybe we need that reminder.