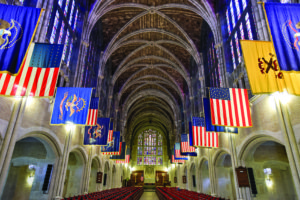 Where We Come From

One day a seminary student saw his advanced Greek professor reading a book. He noticed that it was the textbook used by first-year Greek students. The professor was extremely knowledgeable in New Testament Greek, and the student was intrigued as to why he was reading it. When he asked the professor why he was doing so, the older gentlemen said, “Sometimes it is good to go back to the basics. It reminds us where we came from.”

This story reminds me of another story. Perhaps the most famous military man in the history of the United States was Douglas MacArthur. He began his career at West Point, graduating first in his class in 1903. In a career that spanned almost 50 years, he fought in wars in Mexico, the Philippines, World War I, World War II, and Korea. He served as Chief of Staff of the Army, the Superintendent of West Point, and received the Medal of Honor, which is our nation’s highest military award. After World War II, he served as the acting president of Japan and oversaw the establishment of its new constitution.

In 1962, at the age of 82, MacArthur was dying of a terminal illness. He made one last trip to West Point to receive yet another award. He knew it would be the last time to visit that institution. In accepting the award, he gave one of the most famous military speeches in our nation’s history, entitled, “Duty, Honor, Country.” At the end of the speech he refers to the many mornings in which as a military man he was awakened by the sound of bugles, as well as the sounds he heard on so many battlefields. He also told the audience that he knew his life was all but over:

The shadows are lengthening for me. The twilight is here. My days of old have vanished—tone and tint. They have gone glimmering through the dreams of things that were. Their memory is one of wondrous beauty, watered by tears and coaxed and caressed by the smiles of yesterday. I listen then, but with thirsty ear, for the witching melody of faint bugles blowing reveille, of far drums beating the long roll. In my dreams I hear again the crash of guns, the rattle of musketry, the strange, mournful mutter of the battlefield.

It is not surprising that a man of his background would speak of these things. It is natural that a life filled with so many accomplishments on so many battlefields would remember sights, sounds, and events. But what is interesting is what MacArthur said next. He wanted the audience to know what memory he would have of his career as he approached death. He said, “But in the evening of my memory always I come back to West Point.”

In the New Testament we read of another soldier. He was a soldier of God. He spoke about the need to wear the armor of God (Eph 6:11). And what a soldier he was. Most would say that he was the greatest soldier of God that ever lived.

I am, of course, referring to the Apostle Paul. Like MacArthur’s military service, Paul’s list of accomplishments in serving the Lord is impressive. He was called by the Lord Himself to be the Apostle to the Gentiles. He established churches throughout the Mediterranean world. He performed many miracles through the power of God. These included making the blind to see, making the lame to walk, casting out demons, and even raising the dead. He wrote almost half of the books of the New Testament. He endured almost unbelievable hardships as a good soldier of the Lord, including beatings, imprisonments, and shipwrecks. Finally, he gave his life for the One he served. It is no overstatement to say that he changed the world.

One wonders what thing would occupy the mind of this man when he neared the end of his life. If he were to have given a speech, what would he have said? Fortunately, from one of his books, we know.

The books of Titus, 1 Timothy, and 2 Timothy are known as the Pastoral Epistles. They were written to two men who were Paul’s lieutenants in the work of the Lord. They are also the last books written by Paul in the New Testament.

In writing to Timothy, who was at Ephesus, Paul says that he gives thanks to Christ allowing him to serve Him (1 Tim 1:12). But even though perhaps we might understand if Paul were to brag about his accomplishments in that service, he does not do that. Instead, he says, “This is a faithful saying, and worthy of all acceptation, that Christ Jesus came into the world to save sinners; of whom I am chief” (1 Tim 1:15).

As Paul is coming to the end of his ministry and time on earth, and he reflects on his past, he tells Timothy that there is something that is rock solid. There is something a Christian can take to the bank. And as Paul reflects upon this thing, he is going back to the basics. He is going back to where he came from. Like MacArthur understood that West Point was the place from which everything in his career flowed, Paul is saying that what he reflects on is the source of all he has experienced as the Apostle to the Gentiles.

The Grace of God

For Paul, it all began with the fact that Jesus came into the world to save sinners. Whatever Paul accomplished on his journeys was not something he deserved. This man of God saw himself as the worst of all sinners. For him, going back to the basics meant meditating on the wonderful grace of God. God sent His Son in order to save even a person like him.

He marveled at this grace. Formerly he had been one that persecuted the Church and blasphemed God, but God had shown him undeserved favor (1 Tim 1:13-14). But even at the end of his life, and after many years of faithful service, he realized that he was a servant of the Lord because of that wonderful grace. For, Paul says, I am the chief of sinners. He doesn’t say he was the chief of sinners. He still saw himself as one who owed everything to the grace of God.

But what does Paul mean when he says that Christ “saved” him? He does not leave the reader in doubt. In the very next verse he states that he, the chief of sinners, became “a pattern to them which should hereafter believe on Him to life everlasting.” On the road to Damascus Paul had believed in Jesus Christ for eternal life. He was at that moment hunting down and persecuting Christians. He was at that moment blaspheming God.

But God, in His infinite grace, gave him eternal life through faith in His Son. In a ministry that spanned approximately 30 years, and that saw so many works of God, this is what Paul reflects on. For him, going back to the grace that was shown him on the road to Damascus, was like going home. All that would flow in the next three decades began with Paul receiving eternal life by faith because of God’s grace.

And thus it is with every child of God. When we believe in Jesus Christ for the gift of eternal life we receive it at that moment. It is a gift that can never be lost. Such a gift is completely undeserved. Whatever we accomplish for the Lord, through His enablement, ultimately goes back to that grace.

The last words of MacArthur’s speech were addressed to the students at West Point, who were known as the “Corps” (pronounced “Core”). He said that when he lay dying, his last thoughts would be “of the Corps, of the Corps, and of the Corps.” He saw it as the rock solid foundation of his life. As believers in Jesus Christ, when we think of our foundation as children of God who have received eternal life as a free gift, we should think, “of grace, of grace, and of grace.”1

1. Paul’s last letter was Second Timothy, likely written just weeks before his execution. In 2 Tim 4:6-8, Paul reminisces and speaks of the eternal rewards awaiting him and all who have loved Christ’s appearing: “For I am already being poured out as a drink offering, and the time of my departure is at hand. I have fought the good fight, I have finished the race, I have kept the faith. Finally, there is laid up for me the crown of righteousness, which the Lord, the righteous Judge, will give to me on that Day, and not to me only but also to all who have loved His appearing.”