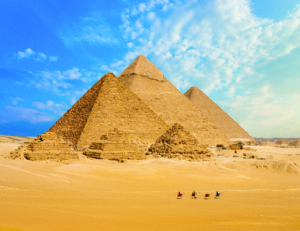 In Romans 6–8, Paul has a lengthy discussion on the Christian life. The believer can walk by the flesh (in his own power) or by the Spirit. The former results in the wrath of God and the deadly consequences of sin. The latter results in life and peace. Paul compares the way a believer lives to slavery. The believer can be a slave of sin or of obedience (Rom 6:16).

Recently I found a great illustration of this principle in the OT Book of 2 Chronicles. After the death of Solomon, his son Rehoboam ruled the southern kingdom of Judah. It says in 2 Chronicles 11 that at first Rehoboam followed the Lord. He obeyed the Lord when the Lord told him not to attack the northern kingdom of Israel (2 Chron 11:4). He acted wisely (v 23). The nation worshiped the Lord through sacrifices at the Temple (v 16). It became a refuge for people who wanted to flee the idolatrous nation of Israel in the north.

And what was the result of these things? Judah had security. They were able to build cities for protection and were able to place weapons of war in every city (vv 5-12). They had an abundance of food (v 23) and enjoyed peace with the surrounding nations.

But all that changed. In 2 Chron 12:1 it says that Rehoboam forsook the law of the Lord. In v 14 it says that he did not seek the Lord. In chap. 11 we get a glimpse of his rejection of the Lord. Like his father Solomon, he had taken to himself many wives and concubines (11:21). We can assume that these pagan wives played a role in leading him away from the Lord.

And what was the result of these things? Egypt attacked them. Egypt subjected them. Their fortified cities were captured. It says in 2 Chron 12:5, 7 that Judah experienced the wrath of God through the Egyptian Pharaoh. The Egyptians took the golden shields (weapons of war) and other treasures found in Rehoboam’s palace (2 Chron 12:9).

In 12:8 we are given a great summary of what was happening with Judah and Rehoboam. Through a prophet, God tells them what they are experiencing by means of Pharaoh. God has allowed them to become his slaves. This allows them to see the difference between being the servants of God and the servants of Egypt. In talking about the differences between serving Pharaoh and God, the prophet says: “Nevertheless they will be his servants, that they may distinguish My service from the service of the kingdoms of the nations.”

When they served God, they experienced peace and prosperity. When they disobeyed Him, they became slaves to one who gave them war and robbed them of their blessings from God. They could see the difference right before their eyes.

Isn’t it the same way for Christians today? When we walk with the Lord through the power of the Spirit, we can see the blessings of God in our lives. When we choose to disobey God, we will see the negative consequences in our lives. Whom would the Jews living in Judah want to serve—God or Pharaoh? Whom would we want to serve—the Lord or sin? The people of God have always had the choice.