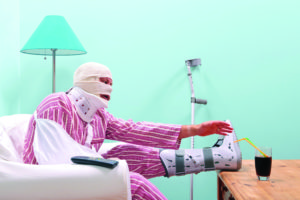 Mankind and the Wrath of God

In Rom 1:18, Paul says that God’s wrath is revealed from heaven against the sinful attitudes and actions of mankind. The reason why is because man has rejected the truth that God has revealed about Himself in creation. Since man has rejected the light of God’s revelation, He gives them over to the darkness they have chosen (Rom 1:24, 26, 28). God allows them to be controlled by their depraved minds and the consequences are tragic.

Paul describes how, when left to their own devices, men and women can spiral down into all types of depravity, such as homosexuality and other forms of sexual immorality (Rom 1:26-27). That depravity can further extend to all areas of life. They can be malicious towards one another, hate one another, be full of envy, greed, and strife. They may not even display natural affections in their family relationships. All of these things lead to other bad consequences. Sexual immorality results in various diseases. It can lead to the break-up of homes and out-of-wedlock births.

It should be obvious to all that sin causes affliction. But what about the person who believes in Jesus Christ and then desires to live a life pleasing to God? How should that person view affliction in his life? According to Paul, everything has changed for the faithful believer.

The Believer and Peace with God

In Romans 3 and 4, Paul describes how the one who believes in Jesus Christ is justified or declared righteous by God. This results in a completely different relationship with God. As Paul says in Rom 5:1, the believer is at peace with God, which is the exact opposite of being under His wrath.

In Romans 5–8, Paul describes how the justified believer can live by the power of the Holy Spirit and avoid the negative consequences of sin. The believer has access to God. He or she can, through prayer, ask God to transform their lives (Rom 5:2; 8:26). Their lives can result in God’s approval, not His wrath (Rom 5:4). Living the kind of life that is approved by God means reigning with Christ in the world to come (Rom 8:17).

As Paul says, this life is one that has a hope of glory (Rom 5:4). The hope spoken of here is a sure thing. It is only hoped for because it lies in the future, with Christ’s return. When Christ returns He will rule over all of creation and will share His glory with those who have been obedient to Him (Rom 8:18, 21). While all believers will live in the kingdom, those who have walked by the Spirit will receive a special share of His glory.

In chapters 5 and 8, Paul also discusses what role affliction has in such a life. The believer who walks by the Spirit can expect to experience affliction, but not as a manifestation of God’s wrath. Instead, Paul says the believer should boast in his or her affliction (Rom 5:3). When the disobedient suffer, they are reaping the consequences of their own sins. But when the obedient believer suffers, he or she is walking in the footsteps of Christ. They are suffering with Him (Rom 8:17).

That is the key.

The believer who walks by the power of the Spirit is in the process of becoming more like Christ and God uses afflictions to accomplish that goal.

How do afflictions help?

They teach the obedient believer to endure the things we encounter in the process of becoming more like Christ (Rom 5:3-4; 8:25). They also cause us to take our eyes off of this present world and look for the world to come. When things are going well for us, it is easy to forget that we live in a fallen world. Afflictions remind us that all is not well. The world is under bondage to sin, death, and decay. In chapter eight, Paul says that creation is longing for release from these things (Rom 8:22). When we suffer afflictions as obedient believers, we join with creation in this desire. Put simply, afflictions cause us to look for the world to come and for the Lord’s soon return.

In these chapters, Paul says that afflictions are used by God in the life of the believer to make him or her more like Christ. This only makes sense when one looks at the afflictions that our Lord went through. If we desire to be like Him, we can expect to encounter difficulties.

If this is the case, then afflictions are an expression of God’s love towards the obedient believer. This is what Paul says. The process of spiritual growth that faithful believers go through, which often includes afflictions, means that God’s love has been poured out in our hearts (Rom 5:5). Such things do not separate us from the love of God. Whatever we go through, nothing can do that (Rom 8:35, 39). 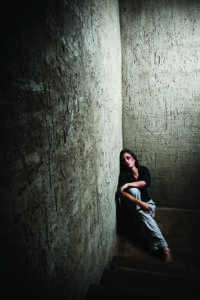 In Romans, Paul discusses the troubles that people encounter. The world we live in is full of such trouble. It is impossible to avoid difficulties. But the meaning of such afflictions differs depending upon who experiences them.

And what a difference!

For the unbelieving world, many afflictions are the self-inflicted result of sin. Their lives follow the course of their depraved minds, and the consequences of their choices reveal the wrath of God.

For the believer walking by the Spirit, however, that is not the case. Already at peace with God through faith in Jesus Christ, God uses afflictions to transform believers into the image of Christ. As believers, we know that there are things the Lord wants to change about us. There are things we need to learn and experience to make us love Christ’s return and the world to come more deeply. God often uses afflictions to bring this about.

Our greatest desires as believers should be to be more like Christ. We should desire to not only live with Him in His kingdom, but to reign with Him there. If afflictions help bring this about we should indeed “boast” in them. We should thank God for them because it shows that He loves us and answers our prayers when we go to Him in prayer asking Him that we would become more like Christ.

How great a Savior we have! Not only did His death make possible our justification and peace with God, He also loves us and wants us to become more like Him and to reign with Him. As we go to Him we know that He is in the process of using all things in our lives, including afflictions, to bring this about.