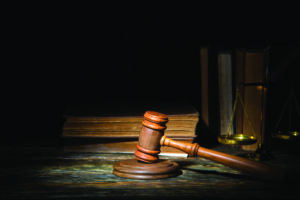 At the end of Matthew 24, Jesus gives a parable about a servant. The point of the parable is that a servant can either be a good and faithful servant or an evil and unfaithful one. The good servant does what his master tells him by serving his fellow servants. The evil servant is the one who does not serve his fellow servants but instead serves himself.

“the master of that servant will come….and will cut him in two and appoint him his portion with the hypocrites. There shall be weeping and gnashing of teeth.”

Instead of being rewarded for faithfulness, the unfaithful servant is designated as a hypocrite. Of course he is a hypocrite. He claimed to be a servant of his lord. Instead, he was anything but. He served himself when he was supposed to serve others.

At the Judgment Seat of Christ, many Christians will be exposed as hypocrites. They had the title of being a servant of the Lord, but instead they have served themselves. They will be in the Kingdom of God, but their reward in that Kingdom will be what a hypocrite deserves. Certainly such hypocrites will not hold positions of exalted honor in eternity.

No doubt, on that day, the Lord’s verdict on the hypocrite will be like words that “cut him in two.” The words will cut like a knife because they will indicate a life wasted, and therefore, a loss of eternal rewards. In human terms, such an experience would be described accurately as a time of “weeping and gnashing of teeth.”

In the military there are two kinds of soldiers. Some are officers, and some are enlisted. On the enlisted side, the highest position a soldier can obtain is a Command Sergeant Major (CSM). A CSM is the commander’s right hand man. His primary job is to take care of the enlisted soldiers in the unit. He looks out for their well-being. He is a very highly respected person in the Army.

A good friend of mine was the commander of a large unit. He had a CSM that was known as one of the best. He had obtained his rank after many years in the military. He had distinguished himself in many different environments.

If one looked at his official military records, that person would see an unusual and accomplished soldier. Unlike most soldiers in the Army, this CSM had served in the Marines. In that capacity, he had been involved in dangerous situations in Beirut, Lebanon.

As a result, he had medals from the Navy. His records also recorded his heroic exploits in Grenada. On that island he had become one of only a few soldiers that had participated in a parachute jump in combat. In a career that spanned decades he was authorized to wear a chest full of awards and medals.

Not surprisingly, he quickly rose through the ranks. Whenever it came time for another promotion, he was promoted ahead of his peers. At each step, his promotion meant that one of his contemporaries would not receive a promotion. But nobody begrudged him for his success. Based upon his exploits and experience he deserved everything he received.

And, like a good CSM, he constantly gave speeches and told the enlisted soldiers coming up through the ranks, that they must take care of their soldiers. He could give himself as an example of such care, using illustrations from many of his different experiences.

There was only one problem. All of it was a lie. He had never been to Beirut. He had never been to Grenada. He had lied and forged his military records. Many of the medals he wore on his uniform were bogus. Unfortunately for him, however, as he neared retirement, his deception was discovered.

All this meant that he was not what he appeared. He presented himself as a man that used his position and experiences to help those soldiers under him. In reality, he had cost the promotion of others by his lies. His speeches were full of falsehoods. What he claimed to be was a lie. He was a hypocrite.

Appearing Before the Judge

When his deception was found out, the CSM had to go to a military trial before a military judge. Before all this happened, his future was bright. He would receive the retirement pay of a CSM for the rest of his life. His experience as a CSM would have earned him a lucrative job in the civilian world. He would have retainedthe respect of the military community for his service to his fellow soldiers.

At the trial he paid a heavy price. He lost three of his promotions, which meant his retirement pay was significantly reduced. He went through the public shame of telling the court that he was a fraud. He was sentenced to six months in military prison before he could retire. He lost whatever high paying civilian job he would have obtained upon retirement.

I saw a picture of him being led out of the courtroom after receiving his punishment. It was a sad picture. His head was bowed in shame and he was crying. At a time in his life when he should have been going through the honor of a retirement ceremony as one of the highest enlisted soldiers in the Army, he was being led away by two military policemen to serve his six months in prison.

When I remember this man, I can’t help but think of how horrible it must have been for him to live all those years with the fearful expectation that he would be found out. He knew that the possibility of this discovery was a reality and he would suffer serious loss in so many ways.

The same is true for Christians. The only difference is that we know a day of reckoning is coming. We will stand before the Judge. Jesus said it in his parables, including the parable of the faithful or unfaithful servant. As Christians, we carry the title of a servant. That is what we are supposed to be. We are to serve others.

But do we? The Lord said on the day of reckoning some believers will be shown to be hypocrites. They did not do what their title said they should be doing.

The story of the CSM is a sad one. What loss and shame he experienced for not doing what he claimed. Think of the shame the unfaithful believer will have when he stands before the Lord. Think of the loss of eternal rewards such a believer will experience. It will certainly pale in comparison to what the CSM lost.

The wonderful news is that no believer has to live as a hypocrite. With the power that the Holy Spirit provides, we can be faithful servants of the Lord. Our day of reckoning can be one which results in the approval of the Lord. It should be the prayer of every Christian the he or she would be the wise and faithful servant of the Lord’s parable in Matthew 24.

Ken Yates is Editor of the Journal for the Grace Evangelical Society and GES’s East Coast speaker. He lives in Columbia, SC and pastors Little River Baptist Church in Jenkinsville, SC.