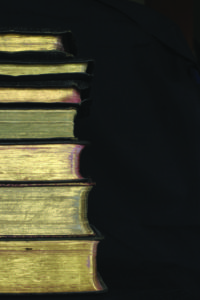 There have been many articles which have evaluated modern Bible translations in light of theological concerns, in light of their handling of the Old and New Testaments, and in terms of their use of English style.1

In this article, which is a modified version of a journal article I wrote on this subject a decade ago, I evaluate seven major translations in terms of how they handle passages of special interest to the Grace message. Those seven are the NIV, NASB, NET Bible, HCSB, ESV, KJV, and NKJV.

Before I discuss each, I think it is important to explain the difference between the Greek texts that five of these translations utilize versus the other two.

Of the seven, only the KJV and the NKJV are translating what is often called the Majority Text (MT) of the NT. For example, in 1 John 4:19 the KJV and NKJV include the word Him after “we love,” but the other five translations do not. The options are: “We love Him because He first loved us” versus “We love because He first loved us.” The issue here is not translation style. The issue is the Greek manuscripts that they choose to translate.

The KJV and the NKJV translate the Textus Receptus (TR), which in most cases reflects the reading of the majority of outstanding Greek manuscripts. The other five translations translate what is called the Critical Text (CT). Though there are thousands of manuscripts for most books of the NT, the NIV, NASB, NET, HCSB, and ESV essentially translate three manuscripts (or only two if these three do not agree). In their view these three early manuscripts (Aleph, A, and B) were nearly perfect manuscripts and thus when they agree, that is the correct reading even if a thousand or more manuscripts contradict that reading.

Here are a few examples of where this impacts Free Grace theology in some way:

John 7:53-8:11. The account of the woman caught in adultery is bracketed by the NIV, NASB, ESV, HCSB, and NET, indicating those versions all believe this testing of Jesus is not Scripture at all. The KJV and NKJV both consider this Scripture.

Mark 16:9-20. The ending of Mark’s Gospel is not considered Scripture in the NIV, NASB, ESV, HCSB, and the NET Bible. The KJV and NKJV consider this Scripture.

Note how our seven translations handle this verse, and especially pay attention to the different ways they translate the last part of it, i.e., the question dealing with the connection between faith and salvation/deliverance. I have italicized key differences.

KJV: “What doth it profit, my brethren, though a man say he hath faith, and have not works? Can faith save him?”

NKJV: “What does it profit, my brethren, if someone says he has faith but does not have works? Can faith save him?”

NASB: “What use is it, my brethren, if a man says he has faith, but has no works? Can that faith save him?”

NIV: “What good is it, my brothers, if a man claims to have faith but has no deeds? Can such faith save him?”

NET: “What good is it, my brothers and sisters, if someone claims to have faith but does not have works? Can this kind of faith save him?”

HCSB: “What good is it, my brothers, if someone says he has faith but does not have works? Can his faith save him?”

ESV “What good is it, my brothers, if someone says he has faith but does not have works? Can that faith save him?”

The NIV, NASB, NET, and ESV qualify faith the second time it appears in the verse with words which question the validity of the faith: “such faith,” “that faith,” “this kind of faith,” or “that faith,” respectively. The KJV and NKJV do not supply the qualifiers. Though the HCSB has a qualifier (“his faith”), there is nothing in the qualifier that questions the faith.

The Greek merely refers to “the faith” (hē pistis). The definite article is also used with pistis in the nominative case in vv 17, 20, 22, and 26. Yet in none of these other places do the NIV, NASB, NET, or ESV translate the expression as that faith, such faith, or this kind of faith. The translators are making an interpretive decision for the readers here. The KJV, NKJV, and the HCSB more accurately represent the Greek, with no pejorative description of the faith in question.

In addition, the NIV and NET also seem to be interpreting for the reader when it translates ean… legē tis (literally “if someone says”) as “if a man claims” or “if someone claims.” Yet this destroys the verbal tie here with v 12. There the same verb, legō, is used and clearly it refers to speaking, not claiming. Note even the NIV and NET translations of v 12: “Speak and act as those who are going to [or will] be judged by the [or a] law that gives freedom.”

The issue in Jas 1:21–2:26 is that we are to be doers and not merely speakers. We find the same thing in 1 John 3:16-18. The issue in v 12 is saying versus doing, not claiming versus doing. Claiming has a pejorative tone. Why wasn’t v 12 translated that way then: “Claim and act as those who are going to be judged…”? The reason is obvious. That isn’t the point in v 12. The other five translations (KJV, NKJV, NASB, HCSB, ESV) correctly translated ean…legē tis.

The Free Grace person using the NIV or NET is doubly handicapped on this verse. The NASB and ESV users are also handicapped, but not quite as much. The KJV, NKJV, and HCSB are friendly to the Free Grace position in this verse since their translation does not try to interpret the verse for the readers.

This passage serves to illustrate how translators sometimes find it difficult to set aside their theological convictions when translating. If the goal were simply to convey what the original language says as clearly as possible in English, then they would not resort to this sort of interpretive rendering of the text. 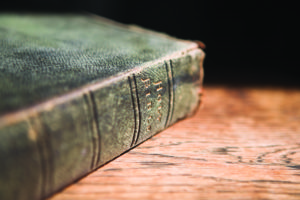 The key question here is how the various translations handle the Greek words tis adelphos onomazomenos. I have italicized the portion of the translations below that handle those words.

KJV: “But now I have written unto you not to keep company, if any man that is called a brother be a fornicator, or covetous, or an idolater…”

NKJV: “But now I have written to you not to keep company with anyone named a brother, who is sexually immoral, or covetous, or an idolater…”

ESV: “But now I am writing to you not to associate with anyone who bears the name of brother if he is guilty of sexual immorality or greed, or is an idolater…”

NASB: “But actually, I wrote to you not to associate with any so-called brother if he should be an immoral person, or covetous, or an idolater…”

NIV: “But now I am writing to you that you must not associate with anyone who calls himself a brother but is sexually immoral or greedy, or an idolater…”

NET: “But now I am writing to you not to associate with anyone who calls himself a Christian who is sexually immoral, or greedy, or an idolater…”

HCSB: “But now I am writing you not to associate with anyone who claims to be a believer who is sexually immoral or greedy, an idolater…”

If the job of the translator is to translate and not interpret, the translator should seek to make his translation of this passage as vague as the original. In this case the first two translations, the KJV and NKJV, fit the bill. A Greek participle, onomazomenos, has a literal meaning of “anyone bearing the name.” The NKJV and ESV get it just right and the KJV is close. The other four, the NASB, NIV, HCSB, and NET all interpret this phrase for the reader rather than translate it.

There is nothing in the Greek that suggests translations such as “any so-called brother,” “anyone who calls himself a brother,” “anyone who calls himself a Christian,” or “anyone who claims to be a believer.” The words themselves and the context strongly suggest that a genuine believer is in view (compare vv 10 and 12). There is also nothing in the text about what the person calls himself. The Greek verb to call is not found in this verse. Nor is the word himself. Nor are the words Christian or believer. All these things are artificially placed there.

The last four translations reflect an interpretive bias which springs out of Reformed theology. If there is no such thing as a believer who is immoral or covetous or an idolater, then Paul isn’t warning about believers here. But note well that even if I was convinced this passage was warning about false professors, I still would translate it “anyone who bears the name brother” or “anyone named brother.” The reason is because it is not the job of a translator to explain what the text means. It is his job to give the best possible translation and leave the interpretation to the reader.

In terms of which translation of the New Testament best handles the actual text that God gave us, I have argued that the KJV and NKJV stand out since they alone follow the Majority Text.

All of the seven translations considered are well done and can be used profitably by believers. However, some of those translations interpret, rather than translate, upon occasion, and sometimes when they do they introduce interpretations that are antithetical to the Free Grace position. The reader should be aware of this, regardless of which translation he uses.