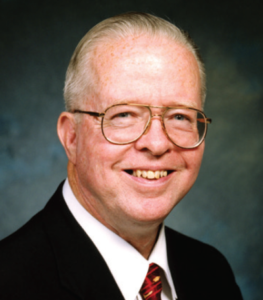 The other day I was talking with Mark and Bethany. They’ve worked here for many years. I mentioned that Zane Hodges had never worked for GES and they were surprised. I realize I need to clarify Zane’s involvement for all who enjoy our ministry.

I founded GES in June of 1986. I have headed the ministry ever since.

Zane Hodges had a tremendous influence on me when I was at Dallas Theological Seminary. I took my first class from him in the Spring of 1980. I took classes from him every semester until I graduated in May of 1982. He was my first reader on my thesis and later my dissertation. After I left DTS in 1985, he was my mentor until he went to be with the Lord in November of 2008.

The original Board of GES had ten members. Zane was one of the ten. He was on the Board from 1987 until 1995. He was instrumental in helping craft our affirmations of belief, our doctrinal statement, and the direction of the ministry. He was also the associate editor for our journal for a number of years.

He was a regular contributor to our newsletter (later magazine) and journal. Zane wrote commentaries for us on James and 1-3 John. He also was a regular speaker at our national conference.

In 1986 he taught his last courses at DTS. He left to pursue his writing ministry. Zane had two ministries, one for-profit, Redencion Viva (Living Redemption), and one not-for-profit, Kerugma. His partner at Redencion Viva was Luis Rodriguez (also an initial GES Board member). His assistant at Kerugma was Robert Calhoun.

I do not know how many men are Free Grace pastors today because of the influence of Zane Hodges. Certainly the number is large. Indeed, many of the people who are supporters of GES (we call them Partners in Grace) were personally influenced by Zane’s teaching ministry. Many more have been influenced by his writing ministry.

At one point I did seek to hire Zane. I wanted him to write and edit full time for GES. But he did not want to drive to the GES offices and he liked having his own ministry. It gave him independence. Plus Zane wanted GES to be independent of him. He wanted to make sure that we were not viewed as a mere reflection of his ministry. He felt it was important that GES stood on its own.

I miss him. He was a great friend and mentor. I look forward to seeing him again in the kingdom. I consider myself very blessed to have been mentored by one of the major Free Grace leaders and teachers of the twentieth century.