Originally published in the December, 1990 edition of Grace in Focus. 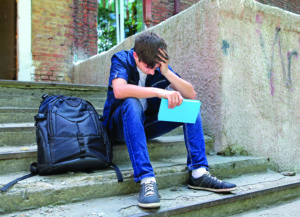 I have met not a few conservative evangelical and fundamentalist pastors and Christian educators who believe and teach that it is impossible to be absolutely certain that you are saved. They understand the words “that you may know” in 5:13 to mean something like, “that you may have a high degree of confidence.” This confidence, they suggest, is found in looking at one’s works and seeing in them the marks of a true believer.

Such an interpretation hinges on a questionable understanding of the first words of v 13: “these things I have written” (tauta egrapsa). It is suggested that “these things I have written” refers to the whole epistle. If that is correct, then the overall purpose of 1 John is that the readers might gain assurance of salvation. Since the rest of the epistle calls the readers to examine their works, and since no believers works are perfect according to John himself (1 John 1:8,10), then absolute assurance of salvation is impossible and the expression “that you may know” must refer to something less than certainty.

In the second place there is a much more likely statement of the primary purpose of the epistle in the prologue (1:3). There John says, “that which we have seen and heard we declare to you, that you also may have fellowship with us; and truly our fellowship is with the Father and with His Son Jesus Christ.” The purpose of the epistle is thus to move the readers into deeper and deeper fellowship with God. Fellowship with God is contingent upon walking in the light, confessing one’s sins, standing firm in sound doctrine despite the wooings of false teachers, etc.

Absolute assurance of one’s salvation is a vital element in abiding in Christ. That is why John brings up the issue of assurance in an epistle dealing with fellowship.

Unless Scripture gives some reason why 100% assurance is only for select people–and no such reason is given, it must be available to all.

If we teach people that they must continually produce good works to prove that they are saved and to keep from going to hell, will they not focus their hope on their performance? Will they not begin to consider their works a condition of eternal salvation? And, in fact, is that not what they would be?

Fear of hell has no place for the one who is trusting in Christ. To put it another way, to fear hell is to doubt justification by faith.

Unfortunately, less-than-certain assurance teaching can insidiously undermine the faith of believers. Bouts of doubt commonly testified by those holding that view would certainly be logical and reoccurring. R. T. Kendall notes regarding Calvinists in the Beza-Perkins tradition:

One of the most stunning discoveries I made at Oxford, and it’s sad, is that so many of these men, who are household names in reformed homes to day, died doubting whether they were saved. It’s a melancholy fact. And it is a melancholy fact that godly men ever since have too often questioned their own salvation.

While some may keep trying to serve God in spite of such bouts with doubt and depression, one wonders how many give up, leave the church, and walk with the Lord no longer as a result of this less-than-certain assurance teaching.

According to the Apostle John in 1 John 5:13 it is the birthright of every believer to know with certainty–not to guess or have some degree of confidence–that he or she is eternally secure. If one is not 100% certain of this, then he does not have assurance of salvation.

Assurance is found in looking to the promises of Scripture that everyone who believes in Christ has eternal life. The famous saying of the philosopher Descartes, “I think, therefore I am,” comes to mind here. The Bible says something similar about spiritual life: “I believe, therefore I have eternal life.”

“These things I have written to you who believe in the name of the Son of God that you may know that you have eternal life” (1 John 5:13a). Memorize it. Claim it. Stand on it. These words are powerful and highly motivational. Knowing we’re saved can keep us going when the going gets tough.