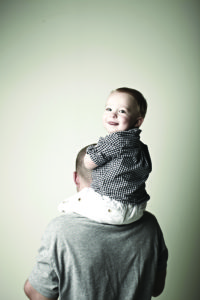 I remember when I was 12 years old and living in South Korea. At that time, Korea was a developing country and very poor. One day, a Christian missionary brought a boy my age to visit us. He was an orphan who lived in a cardboard box in the city of Teague. He ate dinner with us and what I remember about him was how dirty and hungry he was.

Recently, I was reading a book, The Case for Grace, by Lee Strobel. In it he spoke about another orphan from Korea, from a time immediately after the Korean War. This orphan was a young girl who at age four was driven from her home to fend for herself. Since she was the product of a union between a Korean mother and an American soldier father, she was an outcast in her society. She was not a pure blooded Korean.

The deprivations she went through are heart wrenching. She lived in the fields and the streets. Her food came from the garbage of other people and even mice that she could catch. She experienced sexual exploitations. She lived with constant hunger and disease. Her fellow citizens despised her and on occasions physically abused her as well.

One day, a nurse from Sweden found her and took her to work in an orphanage she ran. The girl was now too old to be adopted, but the work did provide her a place to stay and food.

One day, an American couple visited the orphanage to adopt an infant boy. They saw the young girl attending to the infants. She was dirty, thin, and had a head full of lice that even caused her hair to turn color. The American man showed some tenderness towards her. She did not know how to react to such a gesture and spit on him and ran away.

The next day the couple returned and said they wanted to adopt the young girl. She thought she was going to be a servant in their home. It was only after she had been there awhile that she realized she was their daughter.

It is not hard to see what a change that adoption meant for this nine-year-old girl. There was nothing about her would have attracted this couple to her. It was their love and mercy towards her that compelled them to take her into their family. But that adoption saved her in many different ways.

I found this to be a great illustration of what has happened to the believer in Jesus Christ. Paul tells us in Romans 8:15-16 that as believers, we were adopted into God’s family. We have become His children:

But what attractiveness did we have? When we read Romans 1–3 we find a description of who we were prior to being adopted by God. The condition of that little girl in the orphanage is a good picture of what we were spiritually prior to faith.

In the story of that young girl, the best part was when she realized that she was not a servant in her new parents home. She was their daughter. She realized that when a neighbor told her. She said she ran home with that thought in her head, went into her home, and asked her mother if it were true. She recounts the joy she felt at that realization.

How should we feel when we know we are children of God?