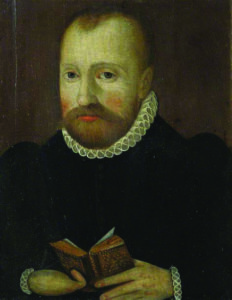 But reading the Puritans can be dangerous for your assurance. R. T. Kendall explains why.

Kendall went to Oxford to study the Puritans and was surprised by how they lacked assurance of their salvation. He explains it in the introduction to his book Grace:

I went to Oxford in 1973 to study John Owen’s doctrine of the priestly work of Christ. It turned out that my thesis took a different direction, but it plunged me deep indeed into the Puritans (Grace, p. 3).

While the Puritans did not explicitly teach salvation by works, they taught that you could not claim to be saved without doing those works:

no one could claim to be saved if they did not keep the works of the Law. Not that you could lose your salvation; it only meant you were not really converted in the first place if there was not a careful keeping of the Ten Commandments. After all, one dare not look directly to Christ for assurance—that would be presumptuous; one looked to his own faithfulness in keeping the Law first, and then—and only then—did one have the warrant to look to Christ for salvation. I kept telling myself that what these Puritans wrote surely was not what they appeared to be saying. I kept reading (Grace, p. 3).

I like how Kendall puts it. The Puritans dared not look directly to Christ for assurance. So, where did they look?

This is not the same as explicitly teaching salvation by works—not exactly:

It is not that they believed you are saved by good works; it was merely that you could not know you are saved unless you kept the Ten Commandments. Martin Luther’s discovery that we are justified by faith alone had sadly passed behind a cloud (Grace, p. 4).

Of course, if you cannot be assured unless you have the right amount of good works, how many works do you need? How good do you have to be? And for how long? How do you know if you’re better than the average sinner? Is that the standard? Who knows? No wonder many Puritans died in doubt:

I was also surprised to learn how so many of the Puritans died. William Perkins (1558-1602), the architectural mind for what became the tradition that led to the historic Westminster Confession of Faith, died “in the conflict of a troubled conscience.” His immediate successor Paul Baynes (d. 1617) “went out of this world, with far less comfort than many weaker Christians enjoy.” Sadly, this kind of dying testimony was not uncommon (Grace, p. 4).

It was not uncommon for Puritans to die in doubt because when sinners look to their behavior, they’ll see lots and lots of sins, which provide no ground for assurance.

So what’s the alternative?

As Kendall says, look directly to Jesus for assurance.

And how do you do that?

Your works do not enter into the assurance question. If they did, you could never have assurance because you’re a sinner in need of a Savior, and if you look within, what you’ll find is an unstable mixture of good and evil that can assure you of nothing. Newsflash—the Puritans weren’t pure!

The Puritans tried to base their assurance on keeping the Law, but they died doubting their salvation because they broke it. If that’s your struggle, let me point you away from the Puritans and the Law to Jesus and His promise of eternal life. If you want assurance of salvation, then base it on His free grace, not on your feeble works.