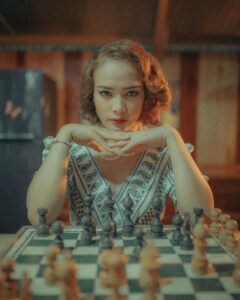 The NT constantly warns disciples that the world will hate them (Matt 5:11-12; John 15:18-19). Any believer who seeks to follow the Lord in discipleship, obeying His Word, can expect opposition. We see this principle not only in the teachings of the NT, but also in the OT. An example of this is found in the Book of Ezra.

It is in this setting that opposition descends upon the repatriated Jews. In chapter 4 a group of Samaritans comes, seeking to help the Israelites rebuild (4:2). The history of the Samaritans is significant. After the fall of the Northern Kingdom, the Assyrian king Esarhaddon had brought in pagans to intermarry with the Jews who remained in the land after the captivity (2 Kgs 17:23-33). At first glance, the Samaritans appear genuine, and seemingly innocent in their request to help rebuild the temple. They not only want to work, but also claim to seek God and want to offer sacrifices to Him. They have a lot to commend themselves to the Jews. One could argue that what the two groups have in common is greater than their differences.

The Israelites need able-bodied workers, as their numbers are low, and the project is extensive. In addition, working with the Samaritans would foster goodwill between the two groups. Unity is in the best interest of both parties. In short, the offer is a tempting one.

However, Zerubbabel refuses to allow the Samaritans to join. While potentially helpful in the short term, the risk of syncretism—the mixing of pagan worship with true worship—is too great. While seemingly harsh, the rejection of the Samaritans by the leadership is an example of righteous exclusion by wise elders.

The Swords Come Out

Unfortunately, the backlash is great. The Samaritans discourage the Israelites and trouble them as they work to rebuild the temple. They hire counselors and seek to disrupt the Israelites’ work “all the days of Cyrus king of Persia, even until the reign of Darius” (Ezra 4:5). What follows is a myriad of attacks by these adversaries. First, during the reign of Ahasuerus, letters are sent to oppose the Israelites’ efforts to rebuild. Another letter is sent during the reign of King Artaxerxes (4:6-10). Sadly, this final letter causes the Persians to force the Israelites to stop rebuilding. Their ministry is seemingly destroyed, all because of the Samaritans’ opposition.

In chapters 9–10, we see the theme of exclusion once again. The timeline has jumped roughly 60 years. A second wave of Jewish exiles from Babylon has now come to the land, this time under the leadership of Ezra. However, upon arriving in the land, Ezra is faced with a serious problem. The Israelites have been marrying Gentiles—a devastating turn of events, as this was the catalyst for the Babylonian captivity. God had told the nation to stay separated from pagans, but His people had ignored His command, leading to the destruction of Jerusalem and a 70 year captivity under pagan rule. What would cause the Jews to fall into this sin once again?

The Gentiles offered two things: peace and prosperity (Ezra 9:12). Like the initial interactions with the Samaritans, these marriages seemed to be a good idea. Through intermarriage, the Gentiles were seeking the good of their people and of the Jews as well. Since marriage was often coupled with peace treaties, intermarriage could guarantee that wars would cease. Undoubtedly, it would have been argued that their children would reap the benefits of these unions. Additionally, trade deals would be made, and prosperity would increase for everyone. From a worldly perspective, intermarrying with the Gentiles was wise.

However, what the world calls wise, is foolishness to the Lord (1 Cor 3:19). These temporal blessings pale in comparison to the promises of the Lord. He could offer the Israelites true prosperity in which they would “be strong and eat the good of the land.” Moreover, God was offering the Jews a peace in which their children could inherit the land forever (Ezra 9:12). Through Ezra’s leadership, the nation ultimately repented of its sin, and the men divorced their pagan wives (Ezra 10). Undoubtedly, this was a difficult and costly decision for the Israelites.

In this example, it is clear that the Word of God would have been compromised in order to maintain peace with the pagan Gentiles. As Israel’s previous history showed, not only would the land be invaded as the result of God’s discipline, but the Jews’ faith would be adversely impacted. To be friends with the world is to be enemies of God. This is a transcendent truth that applies to every generation of believers (Jas 4:4). Therefore, by these unions, the Israelites were incurring the wrath of the Lord as had the generation before them.

One might look at these events and think Zerubbabel and Ezra were being mean and unreasonable. Why couldn’t they put their doctrinal concerns aside? Couldn’t Zerubbabel see that the Samaritans wanted to help and that they were seeking God? Shouldn’t Ezra have given priority to the families of the men who had intermarried? Why couldn’t these leaders follow the immortal words of Rodney King, “Can’t we all just get along?” Some go so far as to rebuke Zerubbabel and Ezra, saying they were wrong to be so exclusive. We hear similar retorts in the church today regarding doctrinal issues. We live in a time where “unity” is the rallying cry for many. Since the Bible teaches that we should be unified (Eph 4:1-6), some conclude that it is sinful to draw doctrinal lines in the sand.

However, there is an important distinction to be made. Yes, believers are called to be unified. In the Sermon on the Mount, the Lord exalts the peacemakers, calling them “sons of God” (Matt 5:9). However, it is clear that truth and sound doctrine are not to be compromised for the sake of unity. A common excuse for allowing false teaching to continue is the desire for unity, especially when family is involved. Thus, holy separation is often sacrificed on the altar of so-called “peace.”

In 2 John, we see church-age teachings on this topic. The Apostle John is writing to believers about false teachers in the church who were rejecting the doctrine that Jesus came in the flesh (2 John 7). He makes a startling statement in 2 John 10-11:

10If anyone comes to you and does not bring this doctrine, do not receive him into your house nor greet him; 11for he who greets him shares in his evil deeds.

In the first century, many teachers traveled, and often stayed in private homes during their journeys. In this passage, to “receive” someone refers to those who were opening their homes to these teachers. To host such a teacher meant you not only supported him monetarily, but that you also supported his message. John is very clear that when it comes to doctrine, believers are to have no fellowship with a false teacher. We shouldn’t even greet one. To do so means to “share in his evil deeds.” Like the Israelites, we can become culpable by our association with false doctrine.

Regarding this passage, Zane Hodges writes:

If false doctrine is allowed to intrude a church, it has the potential to stop that church’s progress or even to destroy the church. John’s concern, expressed in terms of losing a full reward, shows that this, not the loss of salvation, was the consequence of failure to maintain the truth. [Zane C. Hodges, The Epistles of John (Irving, TX: Grace Evangelical Society, 1999), 260.]

As Hodges points out, this is not an issue of salvation. Eternal life is a free gift, given to those who simply believe in Jesus alone for it (John 3:16; Eph 2:8-9). However, maintaining the truth is a costly endeavor for the believer. For those who do, the Lord will approve of their work, and they will be rewarded for their efforts (2 Tim 2:15). But it will cost them friendships and sometimes even relationships with their families (Matt 10:35-39). Following Christ often means sacrificing peace and prosperity in this world. Sadly, in seeking to hold to sound doctrine, part of the suffering that believers experience may even be found within the walls of the church. John is warning that even among believers, friendship with the world is a common temptation. “In a tolerant age, believers must learn a true measure of holy intolerance!” (Hodges, Epistles, 267).

Kathryn Wright and her husband, Dewey, live in Columbia, SC. She is the GES missions coordinator, women’s conference speaker, writer, and Zoom teacher.