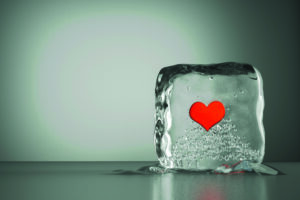 What do you look for in a church? Some people look for a dynamic, young, handsome pastor with a beautiful wife who raises cute children, sings wonderfully, and leads a lively Bible class for the women of the church. Others look for a church with a lavish sanctuary, a first-rate orchestra, or a contemporary worship band. None of those things are necessarily bad, but are they important?

What does Jesus look for in a church?

The Lord who “builds” the church has spoken concerning what He wants and doesn’t want in His churches. The theme of Revelation chaps. 2–3 is “Jesus speaks to His churches.”

Chapter 1 of the Book of Revelation ended with Christ as the Lord of the church moving in the midst of the seven golden lampstands which represented the seven churches in the Roman province called Asia, the western part of the present-day country of Turkey. Jesus told John to write to the seven churches about how they should respond to the prophecy of His coming.

These churches were real churches, where believers gathered together and listened to the letters read. Although the letters were written in the 1st century, they apply to our churches today and have value to all of us. They are as current as today’s calendar, and they offer a broad-based evaluation for churches today. Here, we might say, we have WWJS—What Would Jesus Say?

Ephesus was the largest city in the area and probably the largest church. Ephesus served as a mother church to the other six which were connected by Roman highways. Those churches represented the variety of spiritual conditions that have characterized local churches throughout the centuries.

Jesus challenged the seven churches to attend to their areas of need, especially in light of the imminence of His return. First Peter 4:17 states that judgment begins with the household of God. Before Jesus begins to judge the world, He calls the churches to repentance. Churches 1 and 7 are in grave danger; churches 2 and 6 are in excellent shape; and churches 3, 4, and 5 are middling, neither very good nor very bad.

The seven letters to the seven churches share several features as a group. They are brief, and each contains a unique description of the Lord Jesus, mostly drawn from Rev 1:12-20, that is appropriate to that church. Furthermore, each contains a word of commendation (except the letter to Laodicea). And each carries some rebuke for the congregation (except those to Smyrna and Philadelphia). Additionally, each exhorts its readers to specific actions, and each holds out a promise of reward as an incentive for faithful obedience.

The church at Ephesus was one of the outstanding churches of the apostolic era. Paul, Timothy, and John all served this church. Aquila and Priscilla were also involved at Ephesus, as was Apollos. This was a privileged church.

Ephesus was known as the “metropolis of Asia.” It was self-governing. There was no permanent Roman military stationed there. It was a large and prosperous city. Even today, its ruins are the most extensive in the region. It had a population of more than 250,000 people. It also had a large Jewish population.

The largest structure at Ephesus was the Temple of Diana, one of the Seven Wonders of the Ancient World. The temple stood on a platform measuring over 100,000 square feet. That’s twice the size of a football field. The temple was supported by 100 marble columns, 55 feet in height. Inside the temple stood the statue of the goddess Diana (or Artemis in Greek).

In each letter, the exalted Christ presented Himself with a description relevant to the condition of the church addressed. In this instance, He emphasized His watchful relationship to the churches and their leaders. He holds fast the seven stars or messengers, and He is walking in the midst of the churches.

It was the assignment of the Jewish High Priest to go into the Holy Place and there to trim and light and care for the seven golden lampstands. In the great picture of the Lord Jesus here in the Revelation, He is dressed in His kingly and priestly robes, and He is walking in the midst of these seven golden lampstands. As He walks among His lampstands, He pours in sacred oil; He takes out impurities; He trims the wick; and He makes the light to shine.

Jesus walks among His churches and sees everything that affects their flame. He sends messages that congratulate, criticize, and counsel.

The Lord commends the Ephesian believers for their labor, patience, faithfulness, and endurance (vv 2-3). They had stood true to the faith, despite their pagan surroundings. The constant lure of temptation was all around them, yet they remained pure. They rejected false apostles and hated the deeds of the Nicolaitans, false teachers who claimed the actions of the body didn’t affect the spirit, so go out and do whatever you want with the body. They did not tolerate false doctrine and false practices. Yet as time wore on, they had begun to lose their first priority.

Sounds like a great church, doesn’t it? But Jesus saw past all the external activity. The church at Ephesus had heart trouble. Jesus said, “I have this against you, that you have left your first love” (v 4). What a shock to be told that you don’t love Christ as you once did.

We hear something similar concerning some married couples. “He doesn’t bring me flowers anymore,” the wife might say.

Once the diagnosis is made, the prescription can be written. Here are three steps to renewing love.

First, remember, literally “keep on remembering,” what it was like. Relive the thrill of romance. When I perform a marriage and see the faces of that couple as they look at each other, I want to tell them, “Don’t lose your first love.”

Second, repent and turn your life around. Take steps to make that relationship right again.

Continually preserve the warm love for Jesus that you might have had when you first learned of His substitutionary sacrifice for you—the sacrifice which made it possible to receive eternal life as a free gift. It’s partly for that purpose that we often participate in the Lord’s Supper. Jesus says, “Renew your love for Me.” 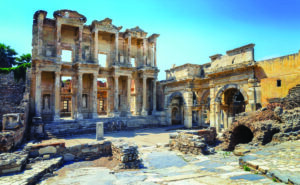 Jesus warned the church at Ephesus that it would lose its light and testimony if its first love was not revived. He might even close down the church.

The use of the plural “the churches” indicates the universal aspect of the invitation. By means of this call the message to a single church is extended to all the churches of Asia and through them, as representatives, to the churches throughout the church age. The exalted Son of Man gives His message through the Spirit.

Hear and respond to the message sent to the church at Ephesus. We may allow our love relationship with the Lord to grow weak in our busy lives. The church at Ephesus has an important message for us: love for the Lord is to have priority in our lives.

To the believer who listens and overcomes, Jesus promises that he will eat of the Tree of Life which is in the Paradise of God. Revelation 22:2 states that the tree of life will bear twelve kinds of fruit. Perhaps each fruit will impart a special quality of spiritual life to the eater. Access to the tree of life will be limited (22:14). For example, a believer who adds to or takes away from the words of the prophecy of Revelation will forfeit the right to eat of the fruit of the tree (22:19). The overcomer in Revelation is the believer who perseveres and remains faithful to Jesus until death or until His return. This results in eternal rewards.

What would Jesus say (WWJS) to the church that left its first love?

“Renew your love for Me.”

Philippe Sterling is the pastor of Vista Ridge Bible Fellowship in Lewisville, TX.