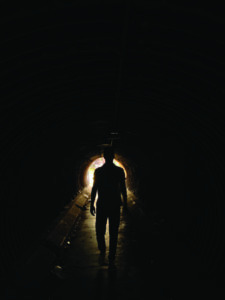 Rewards may be forfeited, or lost, but this cannot be said of salvation

First Corinthians 9:27: “But I keep under my body, and bring it into subjection: lest that by any means, when I have preached to others, I myself should be a castaway” (disapproved).

The context is only of rewards and not at all of salvation.

The word here translated “castaway” is adokimos, which is the negative form, by the prefix a, of dokimos. The negative form is translated by three English words in the NT: “castaway,” once; “rejected,” once; and “reprobate,” six times.

Three of the translations of “reprobate” are given a marginal rendering “void of judgment.”

Four meanings given to the word by the lexicons are “unable to stand test,” “rejected,” “refuse” and “worthless.”

The less severe form of the word is by the lexicons given first, which corresponds with the meaning given to it in the numerous translations in the Bible.

The moderate meaning of the negative form of this word is demanded in the passage in question for at least four reasons.

(1) The affirmative form of the word dokimos, used in the NT six times, is always translated in the Bible and defined by the lexicographers, as well, as meaning “approved,” or “to stand test.” “For he that in these things serveth Christ is acceptable to God, and approved of men” (Rom 14:18); “Salute Apelles approved in Christ” (Rom 16:10); “For there must be also heresies among you, that they which are approved may be made manifest among you (1 Cor 11:19); “For not he that commendeth himself is approved, but whom the Lord commendeth” (2 Cor 10:18); “Study to show thyself approved unto God, a workman that needeth not to be ashamed, rightly dividing the word of truth” (2 Tim 2:15); “Blessed is the man that endureth temptation: for when he is tried, he shall receive the crown of life which the Lord hath promised to them that love him” (Jas 1:12).

If dokimos is always “approved,” or “tested” as to rewards, it follows that its negative form is naturally “disapproved” or “failure under testing.”

(2) To give adokimos the severest possible meaning of being “cast off forever” would be to ignore wholly the meaning in the context. This is of rewards to the believer for faithful service. The passage opens with the words (v 18) “What then is my reward?” And Paul’s fear, as has been before stated, is lest through half-hearted ministry he should be disapproved. Salvation is not in question, for salvation is not once related in the Scriptures to dokimos, the affirmative form of this word.

(3) To give adokimos the severest meaning in this passage would be to bring it into direct opposition to all the great promises of God concerning His purpose and power in salvation.

(4) It is to choose a meaning of the word which is remote and in no way the usual use made of it in the Scriptures. Conybeare and Howson render the passage: “But I bruise my body and force it into bondage; lest, perchance, having called others to the contest, I should myself fail shamefully of the prize” (Life of St. Paul, Chapter 12).

First Corinthians 3:15. “If any (Christian’s) man’s work shall be burned, he shall suffer loss: but he himself shall be saved; yet so as by fire.” The whole context, again, is of rewards for Christian service. The work of God must stand. The child of God will himself be saved, though all his works are burned.

Colossians 1:21-23, “And you, that were sometimes alienated and enemies in your minds by wicked works, yet now hath he reconciled in the body of his flesh through death” (this is the work of God in salvation), “to present you holy and unblameable and unreprovable in his sight” (depends, not on His salvation, but); “if ye continue in the faith grounded and settled, and be not moved away from the hope of the gospel, which ye have heard.”

Christian fellowship may be lost through sin

This passage has to do with loss of fellowship (not salvation) through sin. The cure for a Christian’s sin is not in a second regeneration and justification by faith, but rather, “If we confess our sins, he is faithful and just to forgive us our sins, and to cleanse us from all unrighteousness” (v 9).

This is the believer’s way back into blessed joy and fellowship with his Lord, and should never be confused with the establishment of the eternal grounds of salvation. The unregenerate are not saved by confessing, but by believing.

Thus the Prodigal Son, representing the possible return of the Jewish publicans and sinners under the Jewish covenants and relationships, returned to his father on the ground of confession, and not by a birth, or generation. He was lost and was found, which has not the same significance as being lost and saved. He never ceased to be a son, and was restored to the former relation to his father by confession: “Father, I have sinned against heaven and in thy sight, and am no more worthy to be called thy son.”

The same underlying truth will be found in the other parts of the same parable: “The lost sheep” and “The lost coin.” Thus a saint of this dispensation, being under the new covenant, may return to his place of blessing by confession (1 John 1:9). David did not pray that his salvation might be restored after his great sin; but he did pray: “Restore unto me the joys of my salvation,” and that after his full confession had been made.

For he that eateth and drinketh unworthily, eateth and drinketh damnation (judgment) unto himself, not discerning the Lord’s body. For this cause many are weak and sickly among you, and many sleep. For if we would judge ourselves, we would not be judged. But when we are judged, we are chastened of the Lord that we should not be condemned with the world.

This passage has to do with a possible eating and drinking at the Lord’s table in an unworthy manner, and the table is referred to in this passage as being an outward evidence of the believer’s true fellowship with his Lord. He is thus warned against going to that table when there is unconfessed sin in his life, by that act assuming to be in fellowship with his Lord when he is not.

The Father’s method of dealing with His sinning child is then revealed. The sinning child may first judge himself, which he does by confessing his sins. If he judge not himself, he must be judged of his Father; but the Father’s judgment is always chastisement and never condemnation with the world. The chastisement for the unyielding child, according to this passage, is that he may become “weak,” “sick,” or may experience “sleep” (physical death).

John 15:2, “Every branch in me that beareth not fruit he taketh away.” The reference is evidently to true branches, which is not the case in v 6. From the fact that the Greek word airo has the meaning “lifting up out of its place,” here translated from airei, “taketh away,” it would seem probable that the reference is to the last form of chastisement mentioned in 1 Cor 11:30. Such branches are taken home to be with the Lord (see also 1 Tim 5:12, “having judgment” which is chastisement for a child of God).

Christians May Fall From Grace

Galatians 5:1-4: Stand fast therefore in the liberty wherewith Christ hath set us free, and be not entangled again with the yoke of bondage. Behold, I Paul say unto you, that if ye be circumcised, Christ shall profit you nothing. For I testify again to every man that is circumcised, that he is a debtor to do the whole law. Christ is become of no effect unto you, whosoever of you are justified by the law; ye are fallen from grace.

Falling from grace, it will be seen from this passage, is not caused by sinning. It is simply departing from the liberty wherewith Christ hath set us free. It is returning to the yoke and bondage of the law from which the death of Christ hath delivered us. When we return to the law, the liberty which is ours in Christ is lost, and Christ, as the grounds of liberty, is of no effect. It is all a question of the enjoyment of that priceless liberty in grace.

There is not the slightest hint in the passage that God withdraws His grace, or that any aspect of salvation has been canceled. It is probable that many believers have never had a vision of their liberty in Christ; but this passage is of those who have known such liberty and then have been drawn back into the yoke and bondage of law observance.

From the foregoing it may be concluded that there is no Scripture, when rightly divided and related to the whole testimony of God, that teaches that a Christian may be lost. Nor is there any such example in the Bible. Of all the incidents and parables, none can be made to teach the loss of salvation. Moreover, if it were possible to lose it, there is no promise, or hint, in the Bible that it could be regained. The Bible reveals nothing concerning repetition of regeneration.

Lewis Sperry Chafer (1871-1952) was the founder of Dallas Theological Seminary. This is from Chap. 10 of his book Salvation: A Clear Doctrinal Analysis (public domain).