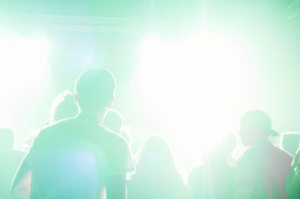 Marty Sampson and Josh Harris, two huge Christian influencers who have publically announced that they have left the faith, share an interesting similarity. I’ll get to that in a moment, but let me first explain what these guys have done.

Josh Harris wrote I Kissed Dating Goodbye, along with loads of other Christian books. He’s sold millions and influenced so many people with his writing.

Marty Sampson has written and performed worship songs as a Hillsong leader. You’ve certainly heard his songs Mighty To Save, Tell The World, and about a billion more.

Both of these guys became very famous. What occurred to me today, and I double-checked to make sure, was kind of startling, and it connects to something I can relate to.

Both Josh and Marty became famous at a young age. They then were ushered into the mega-machine of world-wide publishing (both literature publishing and music publishing). In both cases, they were given a huge platform. They became mega-movement leaders at a time in their lives when most young men are still trying to figure out how to pass freshman algebra.

When I Was Younger

I’m thinking back to when I was between 19 and 21. I badly wanted to be a Christian celebrity. I wanted to become a well-known Christian speaker. I spent my weekends speaking at regional youth events. I was also in a worship band that had a measure of regional success. I dreamed of us rising to the highest heights in our music career. With each invitation, whether to speak or play with the band, I wanted more, more, more.

I recall being frustrated that God did not allow me to have the kind of success that I wanted at the time. I now know it would have ruined me. It would have forced me to set my thoughts in concrete before they were ready.

That’s because, when I was nearing my thirties, I began to question a lot of things. I removed myself from ministry and had frustrations and bitterness I needed to wrestle with. I was irritated every time I sat in a church service. Maybe it was jealousy or bitterness, or possibly I hadn’t eaten breakfast and the sermon was going too long. I even questioned the fundamentals of my faith.

Fortunately, I was able to do all of this in private and among close friends. I can’t imagine the pressure of having to wrestle with these kinds of questions as a public figure.

I’m so glad that I had not found fame, because it would have made that wrestling match a point of public shame.

This is especially true for guys like Josh and Marty, who both have an entire “industry” relying on them continuing to think, write, and teach what they became famous for.

It’s hard to imagine the intensity of what they are facing. There is a host of issues all have to deal with when they hit their mid to late twenties. I’m convinced that anyone who is thrust into roles of mega-leadership before he’s dealt with those issues is in danger of this same phenomenon.

I’m convinced that this is why God (through Paul) explained that the church should be led by elders (1 Pet 5:5). Though there may be disagreement on how old an elder should be, hardly anyone would argue that a 19 or a 21-year-old kid could be an elder. Sampson and Harris, along with many others, were put into roles of leadership because of their talent. It’s regretful they never got the privacy to wrestle with the big questions. Though I think the blame doesn’t really fall on them for this, it falls on us, the church.

We are still doing it. The modern church puts the pretty faces and the angelic voices in front of the crowd and calls them leaders. All the while, ignoring the elders’ leadership. The church has become like:

Rehoboam [who] rejected the advice the elders gave him and consulted the young men who had grown up with him and were serving him (1 Kgs 12:8).

Lucas Kitchen is the author of 16 books, and a pastor at Shreveport Bible Church. He lives in Longview, TX with his wife, two kids, and his arrogant cat.