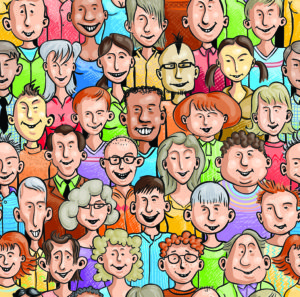 I firmly believe that every disciple of Jesus Christ should be concerned about world missions (Matt 28:18-20). When I speak of world missions I am referring to the sending of authorized believers to people of other faiths to make disciples of Jesus Christ. John 3:16 gives reasons why we should be involved in world missions.1 This verse is one of the most familiar verses in all of the Bible. It has been used by God to lead millions of people to Christ. It has sparked revivals around the world and it has motivated families to move to other nations.

John 3:16 falls in the middle of a conversation between Jesus and a religious ruler named Nicodemus. Nicodemus thinks that the way to heaven is by living a good life. But Jesus confronts him with the truth that he must be born again by believing in Christ alone for eternal life. It’s not what you do that gets you to heaven, it’s what Christ has already done for you on the cross, and simply believing in Him for everlasting life. Jesus explains further in John 3:16, “For God so loved the world that He gave His only begotten Son, that whoever believes in Him should not perish but have everlasting life.”

Let’s look at the individual parts of this verse which provide six reasons for followers of Christ to be committed to world missions. The first reason is…

1. God loves everyone. Jesus begins with the amazing words, “For God so loved the world.” No one has ever loved to the degree that God has loved. He loved the world. He did not limit His love to one country, culture, or color.

This portion of the verse motivated my family and I to leave our relatives, friends, and home in Des Moines, Iowa, to share God’s love on the other side of the world in the Philippines. Why? Because God loves everyone. He wants to reveal Himself to all nations so they can be in a personal relationship with Him (I Chron 16:23-24). He receives more glory when people from every nation come to know Him.

What did He give?

He gave what was most precious to Him—His only begotten Son to die in our place on the cross.

Could you kill your child to save others?

Of course not. Our love is pale compared to God’s love for us.

For example, someone might say to you, “I love you. Here’s my car. I’ll give it to you.” But how do you know that person doesn’t own 20 cars so that giving up one is no sacrifice?

When God says, “I love you. Here’s My perfect and only Son,” that is love. The greatest proof of His love is that He would allow His only begotten Son, Jesus Christ to die for the sins of the world. Jesus not only died for Americans, but also for Asians, Africans, and Australians. His death was for all people everywhere (1 Tim 2:3-6; 1 John 2:2).

3. Jesus’ promise is for everyone. That “whoever” refers to all people on planet earth. World missions is necessary because Jesus’ invitation is for everyone everywhere.

What is Jesus inviting everyone to do?

4. It’s as simple as believing. The next phrase, “believes in Him,” teaches us that world missions is important because everyone needs such simplicity. Jesus is promising everlasting life to everyone who believes in Him. He did not say whoever does good in the community, or lives an obedient life, or denies himself and follows Me, or confesses his sins, or is baptized, or promises to serve or perseveres in good works. He simply says, “whoever believes.”

Too often non-Christians are being instructed to do everything but believe in Jesus Christ alone for everlasting life. Therefore, the world desperately needs to hear such simplicity!

5. The promise is freedom from perishing. When Jesus said, “should not perish,” He was referring to the need of all humanity to be rescued. The Bible teaches that all people have sinned (Rom 3:23) and deserve to die forever in the lake of fire (Rom 6:23; Rev 20:15). But Jesus guarantees that when we believe in Him, we shall be rescued from this eternal punishment. God wants all Christians to be involved in the greatest rescue by preaching the gospel of grace to the entire world.

Do Whatever It Takes

Charles Peace was sentenced to die for being a career criminal in the 19th century. On the morning of his execution, a group of prison officials met at Charles’ cell to take him on his final walk to the gallows. Among them was a sleepy prison chaplain whose job it was to prepare the condemned man’s soul for the hereafter. But the chaplain didn’t say a word to Charles. He just yawned and mumbled as he read a religious book.

Charles then tapped him on the shoulder and asked him, “What are you reading?”

“The Consolations of Religion,” the chaplain replied.

Charles asked, “Do you believe what you are reading?”

The chaplain responded, “Well, yes, I guess I do.”

Charles stared at the chaplain stunned. Here Charles was going to his death, knowing that his earthly deeds utterly condemned him before the Ultimate Judge, and this chaplain was mouthing words about heaven and hell as if they were a boring chore.

Charles said to the chaplain, “Sir, if I believed what you and the church of God say that you believe, even if England were covered with broken glass from coast to coast, I would walk over it, if need be, on hands and knees and think it worthwhile living, just to save one soul from an eternal hell like that!”

“For God so loved the world that He gave His only begotten Son, that whoever believes in Him should not perish but have everlasting life.” If we believe this verse is true, what are we willing to do to place it in the hands and hearts of those who are perishing without Jesus Christ? Are we willing to do whatever it takes for others to believe in Jesus for eternal life?

Jeff Ropp and his wife and daughters serve as missionaries in the Philippines.

1. There are many ways to be involved in missions, including becoming a full-time missionary, going on short-term missions trips, giving money for missions, praying, evangelizing international students who are in our country for training, etc.