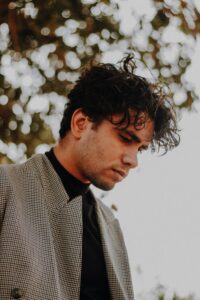 * This article originally appeared in what was then called The Grace Evangelical Society News in the November 1989 issue. (The four-page newsletter came out monthly back then.)

Quite a few years ago I was giving the gospel to a young Hispanic man. After a while he said, “It’s no use, Zane. Another preacher saved me, and it didn’t work.”

I admit this response caught me by surprise. Still, I knew what the young man meant. It didn’t take any theological sophistication to figure out that he had gone through what might be called a “false profession.”

In those days, the Hispanic teenagers and young men of South Dallas never said, “So-and-so led me to Christ.” Instead they would say, “So-and-so saved me.” I often felt this kind of remark reflected a touch of Catholicism, as though the minister of the gospel was a sort of Protestant “priest” who had played some sort of official role in their conversion. But I tried not to read too much into such words. The remark might also be harmless.

After all, Paul himself declared that he became all things to all men that he might by all means “save some” (1 Cor 9:22)!

But the words “it didn’t work” really struck me.

Of course, my young friend might have been saying that he thought he had lost whatever he might have received when he got “saved.” He might have thought his salvation had been forfeited.

On the other hand, it was equally possible that he meant that his supposed conversion didn’t really occur since his life had continued to be sinful. Or, perhaps he himself did not quite know which of these things he meant.

But one thing was sure. He certainly did not understand what the experience of being saved really was.

After all, believing on the Lord Jesus Christ for eternal life always “works.” The Bible, and our Lord Himself, clearly says so. To go no further than John 3:16, we are assured that “WHOEVER believes in Him” has eternal life and thus cannot perish. There is no such thing as trusting Christ for the free gift of everlasting life and not getting it.

But some forms of theology claim that there is such a thing. According to this way of thinking, a person may actually be conscious of trusting Christ for salvation, but over time this faith may prove to have been in some way defective if the life does not manifest sufficient “fruits.” What the supposed convert has done, therefore, is to exercise a “false faith” rather than a “true saving faith.”

It is a major goal of the Grace Evangelical Society to remind people that this way of looking at things is both unbiblical and psychologically invalid. As long as the true Biblical offer of eternal life by faith alone in Christ alone has been made clear to people, there is no way one can believe it and not be saved. Indeed, psychologically speaking, I either believe that message or I don’t. If I do, I am saved. If I don’t, I stand condemned as one who “has not believed in the name of the only begotten Son of God” (John 3:18).

There is no such thing, Biblically speaking, as believing in the name of the Son of God (in the Johannine sense) and not having eternal life. John himself declares: “But these are written that you might believe and that believing you might have life in His name” (John 20:31). John and the NT as a whole know nothing about believing this truth “falsely” as over against believing it “truly.”

We are not talking here, of course, about believing something that has no application to ourselves. No one could possibly believe that John 5:24 is true, for example, without knowing that he himself is saved. For if I do believe that the person who hears God’s Word and believes the One who sent Jesus has everlasting life and shall not come into judgment, then I also believe that I myself have this life and am safe from judgment.

And if I do not believe that about myself, I have not believed John 5:24, since John 5:24 applies without exception to everyone who believes.

Which brings me back to my young Hispanic friend. Obviously his words to me signaled clearly that he did not understand that the believer has eternal life and cannot come into judgment. In fact, he was telling me that he himself would come into judgment inasmuch as his sinful life proved that somehow his conversion was invalid.

In short, my friend had never understood the gospel. Hence he had not believed it and was therefore unsaved. What he needed from me was a clear explanation of the simplicity and certainty of the salvation offer. Once he understood it, he could then believe it or disbelieve it. But if he believed it, it was going to “work.” He would be miraculously born again.

Yes, this young man did confront me with a case of “false profession.” But his profession was not false for the reason that he thought it was. His failure to change was not the real problem. The real problem was that he had not yet understood God’s gracious gift in His Son. And since he had not understood, he had not believed.

No wonder that the “god of this world” works long and hard to blind “the minds of them that believe not”! He does not dare let the truth dawn on them in its utter simplicity, and he labors “lest the light of the glorious gospel of Christ…should shine unto them” (2 Cor 4:3-4). How grateful, then, can we be as believers that “God who commanded the light to shine out of darkness, has shined in our hearts, to give the light of the knowledge of the glory of God in the face of Jesus Christ” (2 Cor 4:6).

Let us make no mistake about it. Believing in God’s Son for eternal life always works!

Zane Hodges taught New Testament at Dallas Theological Seminary for 27 years, authored over a dozen books, and was passionate about the grace of God.